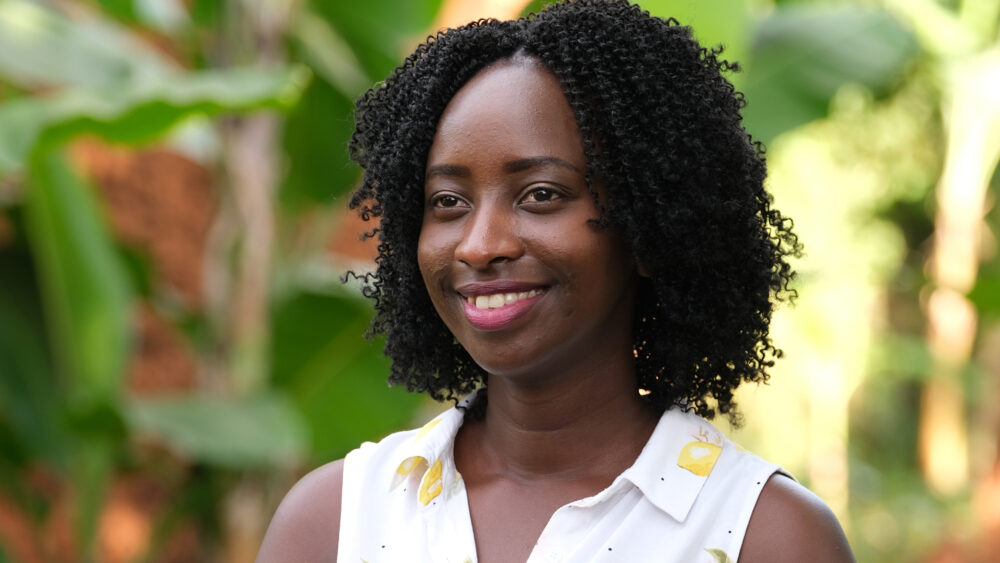 When Black Lives Matter (BLM) protests ramped up in the US and here in Australia, Ugandan-born Diana had mixed emotions.

While her skin is the same colour as those who were sparking protests, her experience as a black woman has been completely different.

“I can’t relate to African Americans. The only thing that I can relate to is the colour of their skin, but other than that, we are culturally very different.

“I grew up in Uganda. I didn’t grow up in America, so we have completely different backgrounds,” says the 31-year-old, who has lived in Australia for the past seven years.

Despite these differences, Diana did indeed feel deeply saddened by the murder of George Floyd, whose killing at the hands of police sparked the protests.

“It made me so sad that that man died because of his skin colour. Basically his life was not valued,” she says, noting that she wouldn’t feel safe enough to visit the US.

Diana says she also feels deeply saddened by the treatment of Australia’s First Nations people – adding that, if not for Covid, she would have attended the BLM rallies to stand with them in solidarity.

“You have to look at those people and communities individually.” – Diana

However, her feelings about BLM are complicated by the fact that she thinks you can’t simply put all people with darker skin under the same banner.

When it comes to First Nations people she says: “It’s like in Uganda, there’s 52 tribes – not just one – and there’s 52 languages. So I think it’s the same with Aboriginal peoples – they have many tribes and languages …

“So you have to look at those people and communities individually.”

She continues: “I don’t think you can adopt Black Lives Matter to every African or every black skin person, because their circumstances are different in the different areas.

“I don’t think that in countries like Uganda, where almost everybody is [black] African, it is an issue.”

She notes that her friends in Uganda have not been engaging with the issue because they “can’t relate” to it, especially at a time when many have lost their jobs due to coronavirus lockdown and they are “just trying to find food to put on their plate.”

“I wouldn’t think twice about the colour of my skin in Uganda.” – Diana

It’s only since migrating to Australia that Diana has even thought about the colour of her skin.

“I wouldn’t think twice about the colour of my skin in Uganda. I do think about it more here because I don’t see many people with my skin colour. But in Uganda, it didn’t even cross my mind because everybody’s the same,” she says.

Diana moved to Australia in 2013 to marry her now husband (in 2014). The couple met in Uganda while he was on a short-term visit to work for her brother’s Christian mission agency – Kyampisi Childcare Ministries, which rescues children from human trafficking and child sacrifice.

The pair kept in touch, and after several visits between Uganda and Australia, they decided to marry. They now have two children – aged two and eight months – and live on Sydney’s north shore, where they attend an Anglican church.

It’s rare to see African faces in this area of Sydney, and Diana admits to “chasing after” fellow Africans to have a chat when they do cross paths. She’s managed to connect with a community of Ugandan expats, after discovering them at a netball match when the Ugandan team came to Sydney to play in the Netball World Cup. When she catches up with these friends from time to time, Diana thoroughly enjoys speaking in her mother tongue, Luganda – one of Uganda’s major languages. 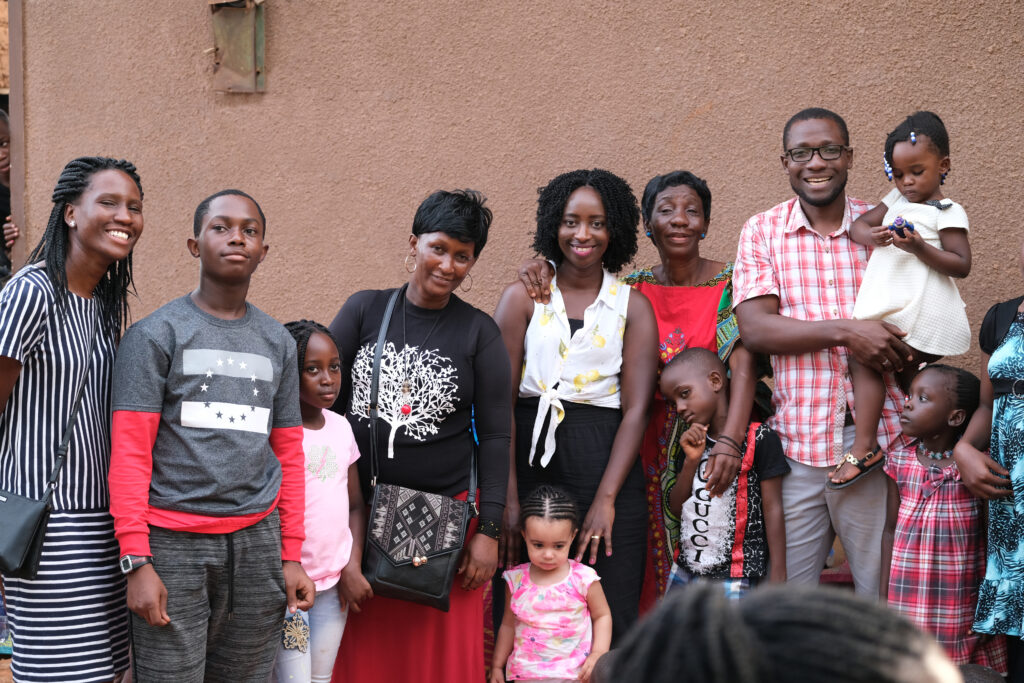 Diana (centre) with her family in Uganda

Diana has encountered racism a couple of times since living in Australia – with people yelling offensive statements at her while driving past in their cars. She simply puts this down to ignorance.

She is also not offended when people run their hands along her braided hair or touch her skin.

“I don’t really mind that. They just haven’t seen people with my skin colour. I don’t think it’s racism.”

She adds: “If they do that to me, then they won’t do it the next [black] person.”

Diana notes that some African friends say they have had trouble getting job interviews or securing a rental lease because of their names, although she hasn’t experienced this (due to her Aussie surname).

So for Diana, on a day-to-day basis, it’s mostly small things, rather than big issues like racism, that she has to contend with as an African living in Australia – like having to travel to south-west Sydney to find a hairdresser who is au fait with African styling, and learning to eat salad and steak (uncooked vegetables and meat without a gravy are unheard of in Uganda).

One of the hardest adjustments has been living in affluence. Having grown up in a one-bedroom house with her single mother (her father passed away just before Diana was born), two sisters, a brother and a cousin, Diana still finds it hard to spend money.

“When we needed to buy furniture, I’d convert the price to Ugandan shillings and I’d be like, there’s no way I’m going to buy that. I couldn’t justify spending that amount of money when my friends in Uganda would never be able to have that sort of money.”

For this reason, she’s foregone having a pet and to giving birth to her children in a private hospital. “I’d rather send that money back to Uganda. When I have my friends who can’t afford to go to a hospital, I cannot live with that,” she says. Diana (right) with her mum

Diana certainly doesn’t take for granted the ease of her lifestyle in Australia and the safety she feels here – and her appreciation has been reinforced by realising the pain and trauma behind the BLM movement: “I’m just so grateful I’m here.”

COVID-19 has also made her acutely aware of the disparities between her adopted home and Uganda.

“I’m incredibly lucky that I’m in a country where they have a good health system. Uganda doesn’t have that. So I’m very lucky to be here, but also I would have loved to be with my family and support them in this time. So that’s hard. It’s hard not being able to see my mum.”

Despite concerns and longings for loved ones in Uganda, Diana recognises that her individual experience as an African Australian has been “so lucky”.

“We’ve been so blessed,” she concludes.