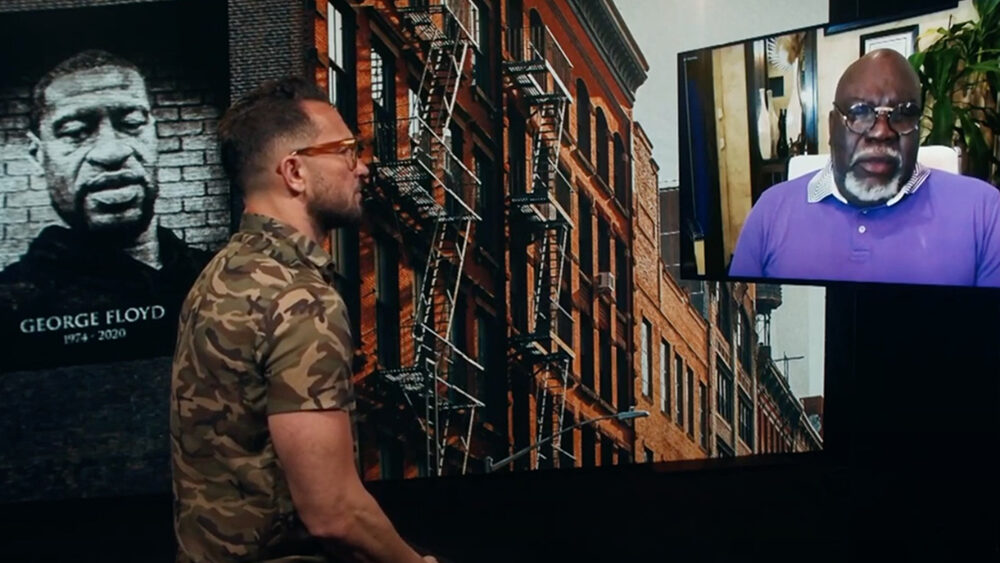 Talking across the black-white divide

Trigger warning: this article contains a link to a video that contains graphic content.

Before I knew it, the rocks were flying through the Army building’s windows. Granite cobblestones make great ammunition to destroy an aluminium and glass facade.

The police moved in and dispersed the crowd. Minneapolis? No, downtown Adelaide, and a 15-year-old me.

When a demo turns violent, suddenly, there’s probably a small group who might have wanted it to go that way. Others are just angry, and then there’s a mass of people who simply want to protest non-violently.

In the case of any violent lefties, they appear to have left unread their copy of “Leftwing” Communism: an Infantile disorder by V. I. Lenin.

“Floyd was a follower of Jesus.” – Ed Stetzer

But this story is about how Christians have absorbed our holy text in the light of racial division.

Just maybe some of the comments about the killing of George Floyd by a police officer, and the demonstrations – and riots – that have followed might indicate some change. Floyd was a follower of Jesus, Ed Stetzer of Wheaton College told Australia’s Connect 2020 conference, organised by Christian Media & Arts Australia, this morning. Floyd was in Minneapolis, where he was murdered, on a discipleship training program.

On the evangelical flagship Gospel Coalition website, Joe Carter criticises President Trump’s tweet “when the looting starts, the shooting starts.” It’s one of those situations where just reading the headline gives you a full sense of what is being said: “If the President Tells You to Shoot Looters, You Have a Duty to Disobey.”

“Recent images and reports of the shootings and killings of black bodies in the United States have once again riveted the souls of many,” writes Jamaal Williams, Timothy Paul Jones and Jarvis J. Williams in another Gospel Coalition opinion piece.

“In many black and brown communities, and in the diverse ethnic communities that stand with them, the shootings and deaths of Ahmaud Arbery, Breonna Taylor, and George Floyd confirm the lines in a popular 1980s song, ‘That’s just the way it is. Some things will never change …'”

They write from Louisville, Kentucky, where Breonna Taylor was the victim of one of the three recent police killings of young black people.

“We pray our fellow pastors and brothers and sisters in Christ would realize this for ourselves and make known to our cities how the gospel fuels our response to social ills. The gospel compels us to preach, obey, and to think seriously, carefully, wisely, responsibly, and creatively about the many social injustices facing churches, neighborhoods, and communities in our cities.”

“I think it is a perfect storm between the pandemic and the crisis we are having in the country.” – Carl Lentz

A number of churches have crossed the colour bar in their socially distanced online services. Carl Lentz of Hillsong East Coast (New York) talked to bishop T. D. Jakes as a Black Lives Matter march took place in his city, New York. “I think it is a perfect storm between the pandemic and the crisis we are having in the country. You have to realise that when we Americans came out of the house from sheltering at home, we walked into three consecutive murders over the last ten days – of people who did not for any practical purpose deserve to be killed. That is a pretty harsh coming-out party for people who have been in isolation and shut down.”

“None of this is political,” Lentz said. “I talk to the Bishop about the Bible’s response to it.”

There is a link in the US between the pandemic – 100,000 dead with a disproportionate number of black and brown people in that number – and the concentration of policing incidents against black persons.

Christine Caine of the A21 anti-slavery campaign says, “I came here (America) to learn how to liberate the world. I came with my Greek-Australian naivety,” to Anita Phillips, an African American pastor and counselling lecturer in another video encounter. Phillips, a third generation pastor’s wife in the black church, discusses “how our ethnic heritage shapes how we do Christ – so many times we think we are having a theological disagreement and we are not. We are having a cultural disagreement.

“So it is important for me to explain how where we come from shapes how we express our relationship with Christ. We are all Christians but the expression of Christianity differs across groups.”

One measure of that is the divergence of how Christians lean politically in the US. Eighty-one per cent of white Evangelicals voted for Trump and 3 per cent of black Protestants.

Australian Christians have their challenges too.

Only one Aboriginal language has the whole Bible (and that is a Kriol, not a tribal language). You can help change that.

This week’s news that mining company Rio Tinto has destroyed a 46,000-year-old Aboriginal heritage site at Juukan Gorge is evidence that Australians can’t easily point the finger at the USA regarding race. No riots here, but plenty of destruction.

“By becoming faithful friends with people living with intellectual disability, all our lives are changed.”