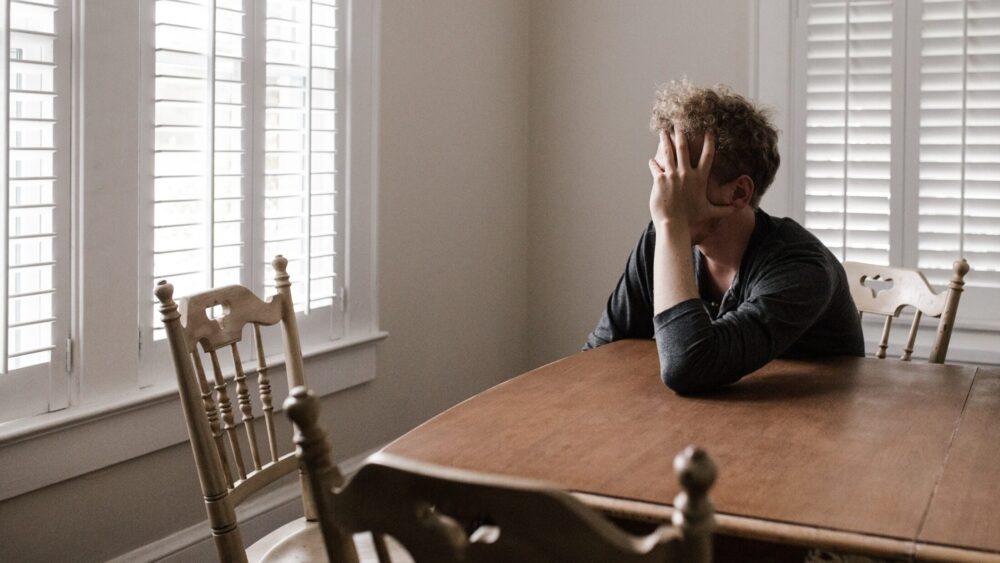 “May the odds be ever in your favour.” These are words that fans of the young adult book and movie series The Hunger Games know well.

In the series, these words are a way of saying ‘good luck’ to those about to enter the life or death reality TV show that the series revolves around.

I have always been male, white, middle-class, heterosexual and (later on at least) highly educated.

But these words have been ringing in my ears more and more lately as I think about recent debates about racism, sexism and privilege in the USA and here in Australia.

My experience has been more diverse than some, much less than others. I was born in Hobart, raised in Melbourne, lived in the States, and have ended up working on the Central Coast in New South Wales. I went to a pretty Anglo primary school and then a fairly multicultural high school. I went to a very multicultural university, did some corporate stuff and went to a couple of majority Anglo and male bible colleges (while attending multicultural churches) – before landing in one of the more Anglo parts of the country to minister.

But through it all, I have been a male, white, middle-class, heterosexual and (later on at least) highly educated. The odds have ever been in my favour. In no space that I have ever been have I felt oppressed or persecuted because of my skin colour, gender, wealth, sexuality or education.

The few times I have felt scorned over colour have been limited to petty disputes while wearing my sports teams’ jerseys. I have only ever worried about discrimination because of my sex when I have attended conferences which were predominantly female. I don’t think there actually was discrimination either; I was simply not used to being the minority in any space. Ever.

Being born male and white, to a middle-class Australian family where education is accessible and good, are all gifts of God’s providence that have given me certain privileges. I am grateful for them. But, while I want to affirm that the modest level of stability and success I have achieved in worldly terms has come as a result of my choices and my effort, I have come to appreciate more and more that the odds of me being able to do this have been, and continue to be, ever in my favour.

In The Hunger Games, a participant, of course, wants to have the odds in their favour so that they may win, and save their life. There’s also the considerable riches which are given to the victor.

In the real world however, Christians like me are called to do something different with the favourable odds we have been given.

We Christians have been called to love our neighbour (Luke 6:25-37). We are told that love is sacrificing for our friends (1 John 3:16). Furthermore, we are called to honour one another above ourselves (Romans 12:10).

The pattern of love for a Christian like me with privilege is surely not to defend my position, but to be willing, if need be, to give up what I have for the good of others. Including my favourable odds.

For a person like me, the privileges of being white and male are a gift given to me in God’s providence. The exhortation given to me to love others means that these are gifts given for the sake of those who don’t have what I do. But it is more than this. The sacrificial love so powerfully modelled by Jesus mean these privileges, my odds of success, are the very things I am called to sacrifice for others. Especially when the odds being in my favour comes at the expense of those with less privilege than me.

But even the choice to become aware of these things, or not, is a privilege …

My maleness has given me opportunity and allowed me to move in the world in a way that many women have not been able to. It is good for me to use this privilege to give women the opportunities which I have had, even if it means the odds of my success are compromised because women can have the same jobs I can – and make the same amount of money.

My Australian middle-class wealth has inoculated me from so many challenges that others face. I have always had food, shelter, heat, healthcare, and access to education. This may not have guaranteed anything for me (plenty of people who start middle-class make complete messes of their lives), but again, it has put the odds in my favour.

Surely Christ’s call on me to be generous means sacrificing some of my wealth (not even my food or healthcare – just my luxuries), so that others can have the same chances I have had.

My whiteness means that I have never lived in fear for my safety (physically or emotionally). I have never worried about being looked at suspiciously by others. When I have travelled in Asia, the glances people gave me were an amusement to me. When I learned of words that had anti-Anglo sentiments like ‘Cracker’ or ‘Gweilo’, I laughed and embraced them. What had I to worry about?

Many commentators have made the point that the first step in addressing racism and sexism (and classism, now that I think about it) is to be aware that there is a problem. But even the choice to become aware of these things, or not, is a privilege that I have as a male, white, middle-class, heterosexual, highly educated person.

I can choose whether I want to listen to the voices of those not as privileged as me. People of colour, women, the poor, the LGBTQI community and the less educated have had to listen to people like me all their lives, because they live in a culture that has been built by people like me. Only recently, have people different from me really been influencing culture here in Australia on a structural level.

Part of sacrificing the odds being in my favour is getting comfortable with not always having the loudest voice in the room, or the most power at the table. It’s being at peace with the idea that my kids might have less chance of worldly success, so that the children of people not like me can have better odds.

At Gosford Presbyterian Church, where I minister now, wonderful mature Anglo Christians have worked hard to reach out to people who speak English as a second language. But as I reflect more and more on my attitudes, I realise that I have remained more focused on middle-class white Australians, despite my active support of cross-cultural ministry … because Anglo Australia is where I come from.

This is true – even though I’m married to a Chinese Malaysian Australian!

I need to do better. Right now, I’m thinking through the feedback that I need to preach shorter, simpler sermons so that they can be for everyone, not just middle-class English speakers who get my (incredibly witty!) Hunger Games references.

What I’m suggesting is that the ethical imperatives of Christ, the growing awareness of my own privilege and seeing the consequences of not addressing racism and sexism in culture – and in the church – has led me to believe that people like me can’t let our privilege go unused for others any longer.

I’m saying the time has come for people like me to recognise that the odds have ever been in our favour and that out of love for our neighbour (and most importantly, our love of Christ), it is time to even those odds.

It is time to use the privileges we have been given by God to honour others and lift them up – and then to even give up the privilege of having the power to easily exalt others, so that others can even enjoy that privilege too.

James Snare is a pastor at Gosford Presbyterian Church, on the NSW Central Coast.

Why Sushi Go! designer will never make a Christian board game

Why Sushi Go! designer will never make a Christian board game

The Australian guy behind the strategy fun you love

Andre’a Simmons shares what brought her back from the brink