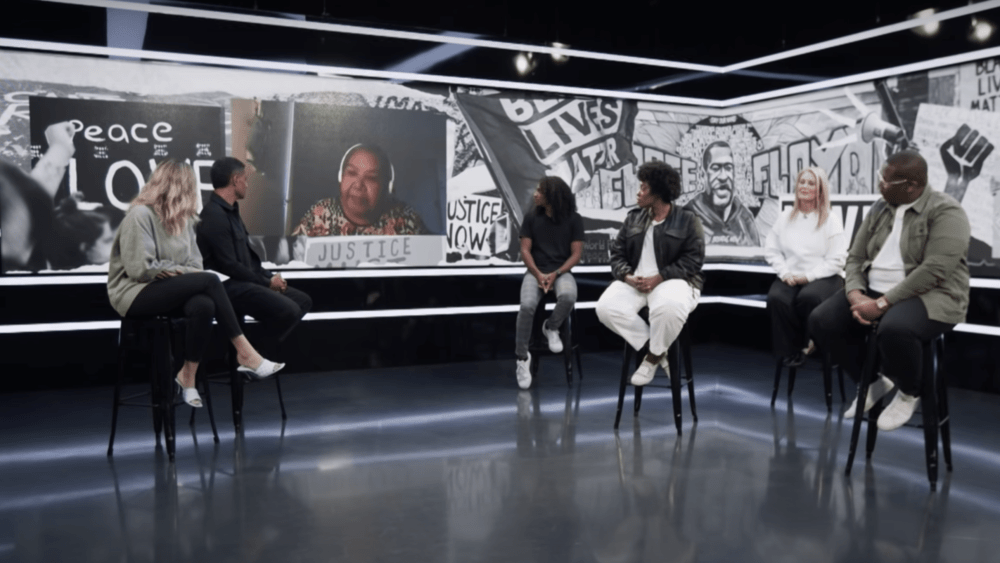 Black Lives Matter protests took place across Australia last Saturday, with tens of thousands gathered in numerous locations across the country, in solidarity with protesters in the USA and internationally. But participants in Australia were focussed on an injustice issue on home soil: the disproportionate rate of Aboriginal and Torres Strait Islander deaths in custody.

The following day, some ministers during their Sunday sermon directly addressed the global movement and deaths in custody in Australia. Some churches also made space for Aboriginal and Torres Strait Islander Christians to share their reflections about recent events, as well as personal experiences of racism and hopes for reconciliation.

Here are three noteworthy efforts which came to Eternity’s attention.

In country Victoria, non Indigenous Senior Pastor Jeremy Burr replaced the sermon portion of their church’s online service with an open conversation with his friend, Pastor Aaron Wallace. Wallace is an Aboriginal man who has worked with Aboriginal communities, including pastors and leaders at a local and state level. He also is a part of the Generations Church team.

Together, the pair discussed their reactions to George Floyd’s murder in the USA, the swell of protest that followed and Aboriginal deaths in custody. Among other topics, they spoke about Wallace and his family’s experiences of racism, what the Bible has to say on the matter, and the church’s response.

“… My hurt and sufferings that my family and I face, are sort of ignored.” – Aaron Wallace

In one particularly poignant moment, Burr asked Wallace how he felt when the church stayed silent on issues like those linked with BLM and deaths in custody.

“This conversation is definitely not [to] blame anyone, because a lot of the things that have happened in history happened before our time, but we’re part of system and things are passed down generational,” said Wallace.

“When people are silent, the devil sort of creeps in and we stop speaking important things out. I think that’s very dangerous.

“For me, I believe ‘the Church’ has been silent on these matters for a long time; where it’s taken an issue like this in America to start a conversation.

“I know Aboriginal people in Australia have been fighting for a long time, just to be recognised and have their issues heard and taken seriously.

“But, you know, at times it has felt like my gift is enough for the body of Christ – but my hurt and sufferings that my family and I face, are sort of ignored. So that’s how I feel about the church being silent.”

He went on to say the church was known for standing on the frontline of social justice issues and advocating for people such as widows and orphans, along with speaking up and supporting missions where there has been injustice.

“I feel like we have been silent on these issues as the church, especially with Aboriginal people and racism. But I’m really excited [how] – obviously out of a terrible, tragic situation – something good can come out of it. And we can start these conversations, to move forward together.”

“Yeah, absolutely,” replied a visibly moved Burr. “Just sitting here, hearing your heart, hearing your point of view, should make all of us just stop and reflect and walk the journey in someone else’s shoes for a moment.” 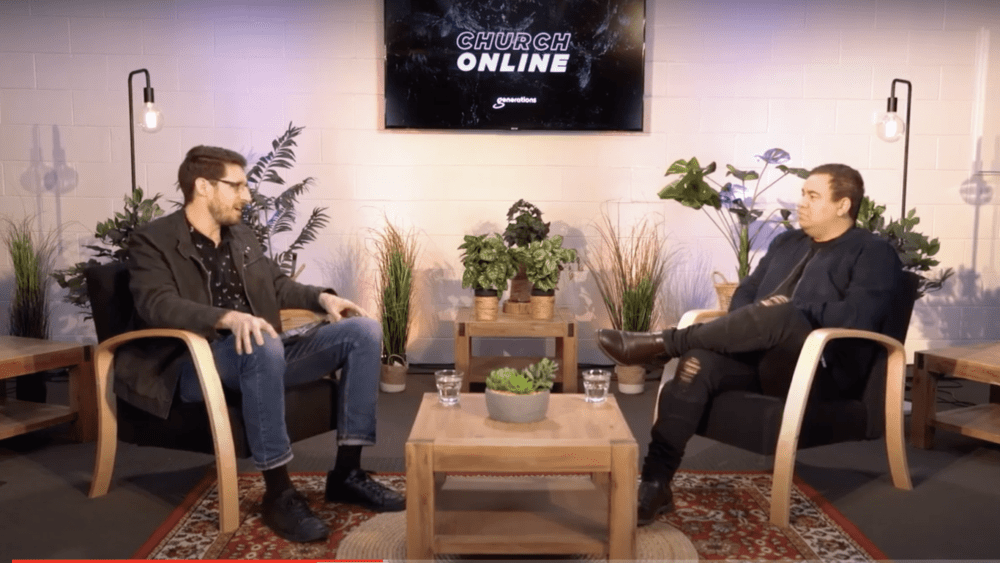 During the coronavirus period, the Uniting Church of Australia has been streaming a different congregation’s church online service each week through their Facebook page. This week, the Uniting Aboriginal and Torres Strait Islander Christian Congress at Port Augusta had the opportunity to minister to their Uniting Church family.

“God’s word calls us to inspect our own lives. And for us to do what is right.” – Mark Kickett

The service began with an Acknowledgment of Country, prayer and the singing of the remarkable lyrics “we are God’s big happy family”. It also featured dances to Indigenous language renditions of Amazing Grace and We are Australia that were performed by four young Indigenous women from Dusty Feet Mob – an Aboriginal dance group from Port Augusta. In addition, a poem by Aunty Denise Champion was read, along with a prayer written by UCA Assembly President Dr Deirdre Palmer.

“… in verse 8, the question is finally dealt with and asked ‘What does the Lord require?’ And the answer is threefold: to act justly, love mercy and walk humbly with God. So what is it to act justly? Does it mean to just be talking about justice? Or getting people to act justly? What it really is talking about is doing the right thing.”

“… Oftentimes we focus on other people and working out what they need to do or how they have treated us and how they need to act just and right. But God’s word calls us to inspect our own lives. And for us to do what is right.”

A diverse panel of church members share their experiences

With churches in Los Angeles, New York City and other protest hotspots, Hillsong Church as a global family has been doing some serious reflection on racial injustice during the past few weeks.

But here in Australia, the church is openly in its early days of engaging in the subject of racism in this nation and, specifically, the issue of Aboriginal and Torres Strait Islander deaths in custody.

The church’s morning service contained a conversation in which Senior Pastor Brian Houston essentially invited Australian Christian Churches Pastor Will Dumas – from Ganggalah Church – to say whatever he thought Hillsong needed to hear.

In the evening, the church continued the journey by convening a diverse panel of their own, and community, leaders from across Australia – to hear their experiences and reflections on current global events.

The panel was facilitated by Peter Toganivalu – who became emotional when sharing his own experience of racism as part of a Fijian-born family living in Australia – and his wife Laura.

Included in the conversation were two of the church’s youth pastors with African heritage: Steph Obiri and Lugz Makula. Also on the panel was a Black American college student studying in Sydney, John Davis, and Hillsong Perth pastor Chrishan Jeyartanam, a Sri-Lankan Australian. They were joined by South Sea Islander Jatham Staudinger, who is a worship pastor at Hillsong Darwin; Fadzi Whande – a Global Diversity and Inclusion Strategist who is involved at Hillsong Perth and has a Zimbabwean heritage; and Dr Robyn Ober, an Aboriginal academic who is a service pastor at Hillsong Darwin.

“Three per cent of the population are of Aboriginal or Torres Strait Islander descent – and we have a high population in prisons, [as well as being high in] the mortality rate, in chronic diseases. And it’s shocking and it’s alarming. But it’s become the norm for us. And I think that’s the scary part,” said Dr Robyn Ober.

“I was shocked but not shocked when I saw what happened with our brother there in America. It was so devastating.

“Over the last few nights and days I’ve just been weeping and praying to God about the people who are incarcerated in our prisons. But I can tell you those statistics, they are people. That represents my relatives, family and friends who are there.”

Ober also turned to Micah 6.8 and read it aloud to those watching the panel.

“I guess I’ve just held on to that over these past few days, when things have been a bit rough and a bit tough,” she said.

When Black Lives Matter (BLM) protests ramped up in the US and here in Australia,…