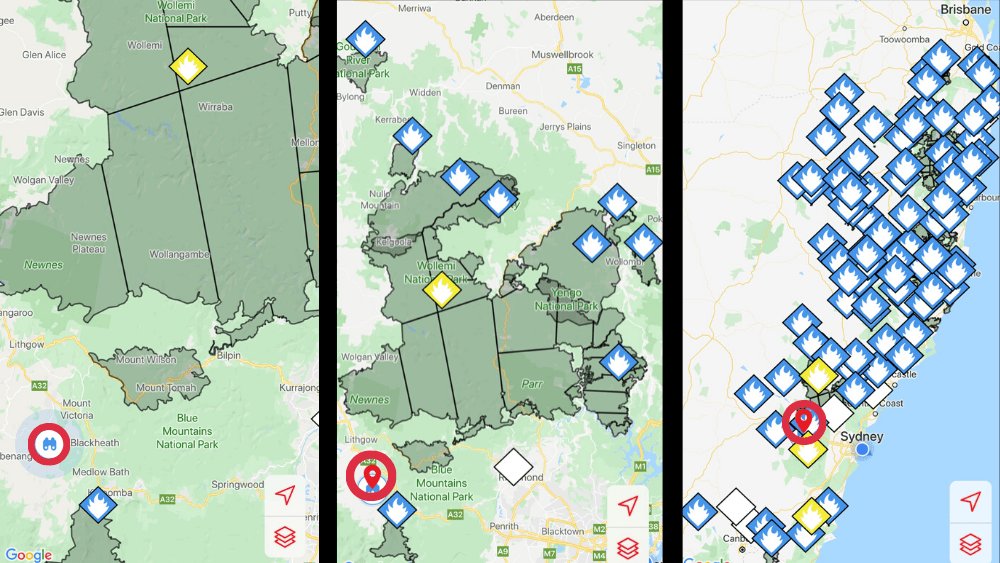 Are the bushfires judgement from God?

Let’s be clear: With the bushfires currently raging across the Australian landscape, we are facing a crisis.

This crisis is more than the mere presence of catastrophic fires and the existential dread of potential, impending destruction faced in many communities, including my own. We live on the border of the Blue Mountains and Central West NSW, from which we have this week evacuated our young children.

We are now gazing at the effects of climate change and glimpsing what the future will deliver with greater ferocity and regularity than in the past.

As a theologian, I’ve been interested in the way some religious folks have argued that the current fires constitute divine judgement or have likened them to portrayals of divine judgement in Scripture.

Some have suggested the fires should call us to repentance.

I completely agree. In saying that, I’m inclined to take a divergent view of what judgement and repentance might in this case entail.

When I say that we face a crisis with the bushfires, I mean two things. Firstly, I mean “crisis” in the conventional sense of the word: a time of danger, instability, or upheaval.

Secondly, however, is the biblical sense of the word “crisis.”

When the New Testament speaks of krísis (an ancient Greek word, from which we get our English word “crisis”), translations generally render it “judgement.” Contrary to popular belief, such judgement is not only, or even primarily, about God pouring out punishment for sin, certainly not in an indiscriminate way, as with a bushfire.

Indeed, Jesus specifically teaches us not to point to specific events as occasions of divine punishment (Luke 13:1–5).

Judgement need not be seen in negative terms; it is an opportunity for reconciliation.

While a comprehensive study of “judgement” in the New Testament is impossible here, John’s Gospel offers an illuminating approach to the topic. In John 3, the Evangelist records the words of Jesus, that “this is the judgement (krísis), that the light has come into the world”, and our deeds will determine whether we love the light or darkness since we do not want our evil deeds to be exposed (John 3:19–20).

In other words, krísis (“judgement”) for John is not punishment but an opportunity; it is a point of decision. Will we come to the light, or will we hide away in the darkness, forbidding our deeds from being exposed by the light? Will we repent, or slink back into our evil until it catches up with us?

In short, judgement need not be seen in negative terms; it is an opportunity for reconciliation.

This seems relevant to the current bushfires in that we are facing the consequences of our actions and ways of thinking that date back, at least, to the industrial revolution. That is, the increased ferocity and frequency of bushfires is the result of our past ecological sins, and those of previous generations, revisiting us. Thus, in our current moment we face “judgement”; namely, a point of decision, an opportunity for repentance and reconciliation.

The tragedy of this is that Christians have a genuinely unique contribution to make with regard to climate change and the bushfires it is currently responsible for intensifying.

Indeed, at the very outset of the Christian narrative is God’s creation of a good world, and the gifting of this world to humans, those tasked with stewarding this gift.

God gives humans everything they need not only for survival, but for thriving; we are simply expected to care for the source of our material well-being.

I realise that climate change is a divisive topic …

At the other end of the biblical narrative we find images of “judgement” in the Book of Revelation. This book is notoriously difficult to interpret, and I’ll refrain from attempting a definitive treatment here. It is curious, though, that throughout the book various forms of environmental destruction occur in light of the time having arrived for “destroying those who destroy the earth” (Revelation 11:18). That is, those people and systems that have wrecked the earth will be held to account.

In light of these and manifold other biblical meditations, Christians should see themselves as having a special responsibility at a time of krísis like the one we face. We are being given an opportunity for Christians to model to the rest of our societies what true life looks like in a time of environmental ruin and climate change — truly seeing creation as “good” and as a gift to be cherished rather than plundered.

Perhaps if Christians had embodied such a witness over the past few hundred years, things would be different now.

Not that hope is lost. The Scriptures end with the glorious image of creation being renewed (Revelation 21–22), what Paul would point to as Christ having finally reconciled all things to himself (Colossians 1:19–20, Ephesians 1:9–10). We trust that God will eventually make things right, reconciling all things in Christ.

In the meantime, however, people will suffer the result of our ecological sins and we are called to see creation rightly, as a good gift to be cared for, and to act accordingly. The current fires are a reminder that the human species has not done this.

The fires are indeed a “judgement,” not in the sense of God pouring out indiscriminate punishment, but rather in the sense of us all being brought to a crisis point, resulting from our ecological sins, in which we face a decision to continue in darkness, or to repent and be reconciled to God, one another, and God’s creation.

I realise that climate change is a divisive topic among Eternity readers. However, we are literally dealing with the consensus of experts at this point, namely climate scientists and fire chiefs. Indeed, just this week, former fire and emergency chiefs from all states and territories held a joint press conference to call for urgent action on the escalating climate threat. Unless we think these figures represent some cashed-up, clandestine firefighting cabal, we’d best take heed.

Any opposition to this aforementioned consensus bears the overwhelming burden of proof, and mere cherry-picking of data is, at this stage, endangering human life by contributing to the delay of meaningful climate action.

Matt Anslow is a theology educator (at Morling College, Sydney), a founding organiser of Love Makes a Way, and serves as the Vice President of the Anabaptist Association of Australia and New Zealand. He also has a PhD in theology from Charles Sturt University. Matt lives at Milk and Honey Farm with his wife, Ashlee, and three young children.

Please pray for an end to the bushfires across Australia, and that we would take every opportunity to realise our need to repent of sins and be reconciled to God in Jesus Christ.

“Pointing people to God” as people leave their homes

Joel Hollier is a student at Sydney Missionary and Bible College. He and his family lost their family home this week in the bushfires raging through the Blue Mountains of New South Wales. He posted this moving reflection on Facebook, and has given us permission to publish it here.