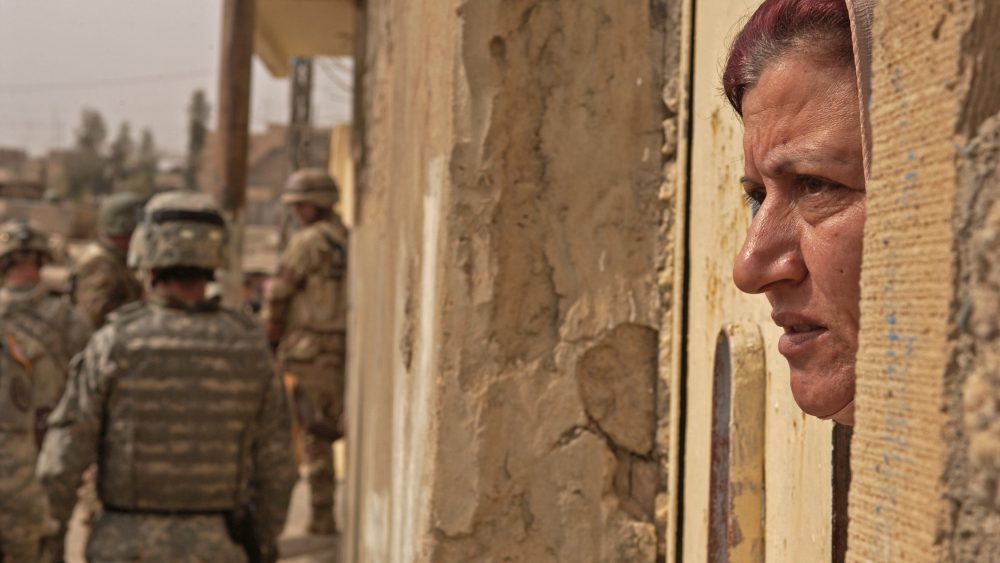 An Iraqi woman (not Shahinez) watches from the gate of her home in Mosul, Iraq.
The U.S. Army License
World persecution

“We pray for ISIS and we forgive them”

Expelled from Iraq, one woman tells why she does not hate

For some refugees, expulsion from their beloved homes is a familiar life experience. In the past, their parents or grandparents were forced from their homes too. 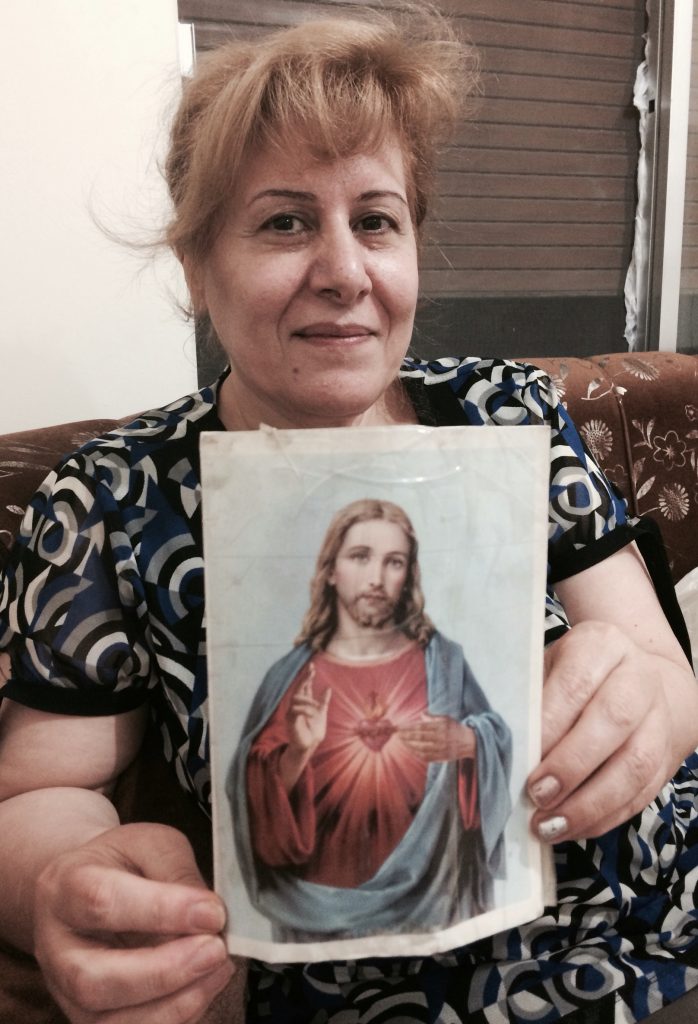 Shahinez, born in Mosul, Iraq, says, “My grandfather was Turkish. He escaped from Turkey during the Armenian massacre in 1916-1917. He was the only survivor from his family when he was seven years old. He escaped along with two cousins – one nine years old and the other six years old. They were the only three survivors from their whole tribe. The three children were raised in a Kurdish Muslim house on the border between Turkey and Iraq. But as they grew up they knew that they had Christian beliefs, in conflict with the family. So one day they left and went to Iraq to continue living as Christians.”

Shahinez’s own story echoes her grandfathers past tragedy:

“Mosul is a beautiful city located on Tigris River,” says Shahinez. “My home was very close to the river, near a bridge that we walked across every day. The city was full of green nature, with a very nice climate. There were many churches all around Mosul.

“We were not oppressed before the fall of the Iraq State (after the invasion of coalition forces in 2003). Then we became threatened. In 2004 the Christians became targets from different parties in Mosul. They began to punish us for being Christians; they could identity us as such from our names and at every moment we feared kidnapping.

“We hoped that the situation would get better but unfortunately it got worse.”

“The security of the city became worse – everyday there were about three to four car bombs and explosions. In 2014, the city security became very bad since there was a weak government that had no control. On June 4th, 2014, the city was under siege and was overtaken by different militias. So we escaped from Mosul to Christian villages around the city – my family went to Dahuk. We hoped that the situation would get better but unfortunately it got worse.

“After about one or two months, ISIS declared their control over the region. They began to persecute the Christians and take their houses. Any Christian house was marked with a symbol “ن” which refers to the first character for the Christian word in Arabic. They issued rules concerning Christians, they stopped the salaries of the Christians employees, stopped the food supply card. In middle of July they announced a time limit to choose between these options: be killed, become Muslims or leave.

“So other Christians began to leave. Those that did not leave by the end of the time limit, ISIS began to harm. One of them was a mother of two girls. ISIS entered her house while one of the girls was taking a shower, the mother begged the men to give her some time until her daughter finish her shower. They refused and burnt the house while the girl was still in the bathroom. She died after two or three days in the hospital and her last words from her were ‘I forgive them like Jesus’.”

“I don’t hate because Jesus loves.”

Such stories might cause systemic distrust or hatred of Muslims, for horrific things done in the name of Islam. But not for Shahinez:

“We are not allowed to hate,” says Shahinez. “I don’t hate because Jesus loves. We are sad for our country, homes, place of birth. We have such beautiful memories in our country. We did not want to leave. We wanted to live in brotherhood but we were forced to leave Iraq.

“I pray daily for Iraq and the Middle East. I pray for ISIS. We forgive them and pray for them. We ask God to bring them back to his flock and to shine his light on them. We ask Jesus to demolish kingdom of evil in Iraq, Syria or any other place because ISIS and all people are God’s creatures.

“We are all brothers. We are like Jesus: my father forgives them because they do not know what they are doing. We forgive them and ask them to know the real Jesus, the living God who is the way and life. It is only Jesus who can be the road to God. We pray for ISIS and we forgive them. We do not know hate.”

Shahinez’s story is just one in a new book called Tea & Thread: Portraits of Arab women far from home, which is currently in draft stage seeking financial support. Donations will help pay for production costs such as interview translation, graphic design, printing, and shipping. Find out more here.

As the great-granddaughter of a slave, I have found the recent conversation over slavery’s existence…

Jericho’s back on Survivor

Jericho’s back on Survivor

And he’s willing to ‘suspend’ his faith again

Guerino grew up in a small picturesque village in Northern Italy. His youth was marred…