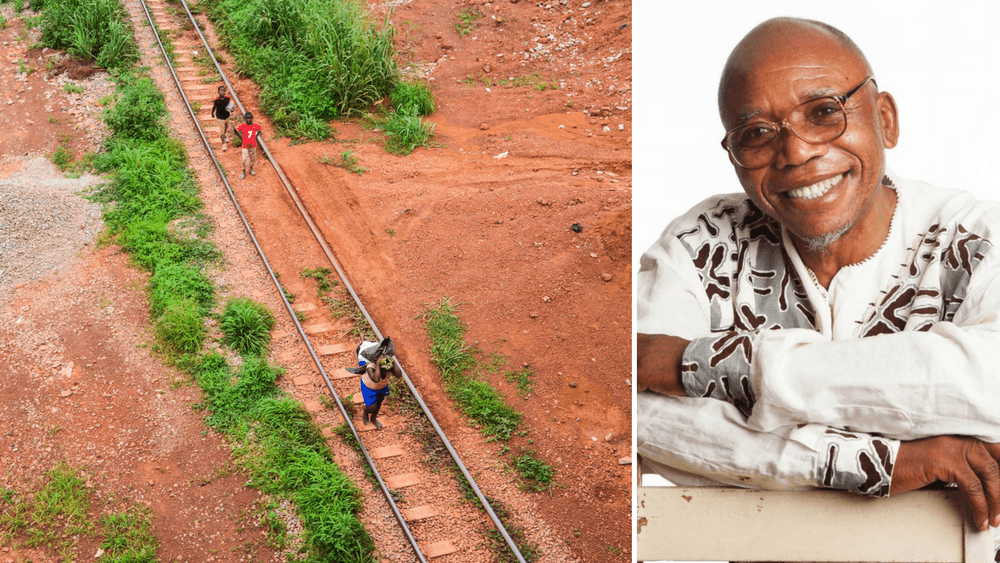 “I could have been a street kid ... but God had other plans”

Orphaned at age six, Constantin Mukendi could have ended up as a street kid in the Congo, or been killed in the bloody civil war that raged in that country in the 1990s.

“I had a lot of adversity in my life that could have taken me to a different path,” says Constantin, who is known as Costa.

“I could have ended up on the streets, in a life of poverty and early death. I could have also been killed in the conflict.”

Instead, Costa became a pastor, a teacher, a trade unionist and a local politician and eventually a refugee who forged a successful life in Australia and now wants nothing more than to help other Congolese achieve their dreams.

“In that way it got into my heart, and I put my heart into education,” he says.

Born into a non-Christian family, Costa lost his father very early and was only six when his mother died, leaving him an orphan.

“And so I was an orphan and life became very difficult for me. I lost the affection of my mother, who loved me so much because I was the youngest of the family. And now I had to spend life with relatives. I had to move from family to family and thank God in Africa, in Congo especially, they are living in a communitarian society where we have the support of the family, the support of relatives and friends.”

With Costa so unhappy that he woke up every morning crying, his elder brother comforted him by encouraging him to look at school as his mother and father.

“In that way it got into my heart, and I put my heart into education,” he says.

“I finished primary school, secondary school, and then worked as a teacher to save enough money to go to university. In the Congo French is our official language but I could not find a place to study economics or medicine at university; my only option was a Bachelor of Arts so I chose English as a major and after that I was teaching English at secondary school for almost 17 years.”

“Faith came to me when I was healed of tuberculosis.”

Now he believes that God’s hand steered him into English because his fluency in the language later enabled him to help thousands of refugees.

Though he had been baptised in the Catholic Church as a child, Costa had no religious conviction until he was prayed over in a Pentecostal church when he contracted tuberculosis during Year 10 in high school.

“Faith came to me when I was healed of tuberculosis. I believed God did that because at that time for tuberculosis there was no treatment – and there was a lot of stigma on yourself and your family because you can infect others,” he says

“When I was healed, I felt that something happened beyond my expectation and I believed in the appearance of God. And when I started being committed, I was so committed to the church.”

“When the tribal conflict situation started I was the most targeted.”

During his final year at university he started attending a Pentecostal church, where a deeper relationship with God blossomed. After finishing university, Costa made a momentous decision not to go back to make money for his home community but to answer God’s call and serve him at church and work as a school teacher.

“When I started coming to the church I would notice which people are not there, the empty places, and I used to write the names and go and see them – ‘why didn’t you come to church?’ – and that’s how I started my ministry.”

After being ordained in 1984, Costa became a successful church planter as well as teacher. But in the 1990s, under the dictatorship of President Joseph Mabutu, amid rampant injustice, Costa became an outspoken advocate for democracy. As the dictatorship began to collapse in 1993, economic hardship worsened and Costa and his family began to starve, so he collected all their used clothes and left home to sell them on the border with Zambia.

“I was a pastor, I was a teacher, I was a trade unionist and I also was involved in politics – I was elected as councillor of the suburb – and this situation made me so visible in society so that when the tribal conflict situation started I was the most targeted,” he says.

“Eventually, after we were given warning that the Kasai tribe people would be killed, I had to flee, without my family, across the border into Zambia, where many Kasai people were living.”

“I hardly had time to sleep because I had to communicate with everyone!”

Once in English-speaking Zambia, Costa found he was the only one among the Congolese refugee group who could speak English so he became a spokesman for thousands of refugees. After they were sent to a refugee camp in the bush, he became the contact person for all the refugees with the UN High Commission for Refugees.

“That’s how I lived for almost eleven years in the refugee camp and because of my education background I was chosen to run the education programme for refugees. I was responsible for the education of children and other people, to teach them French with the idea of preparing them for repatriation back to Congo, and teaching English to those who wanted to settle in Zambia.

“I hardly had time to sleep because I had to communicate with everyone!”

“In Congo, when you are new in an area, people come and greet you and bring food.”

With the assistance of the Red Cross, Costa was reunited in the camp with his wife and children and in 2003 the family was accepted by Australia in the UNHCR resettlement programme, arriving in Brisbane a year later.

“At first, it was not easy because it was a different culture, so everything was new to me, and I could not understand many things,” he says.

“The first thing that shocked me was that no one in the neighbourhood came to my house. In Congo, when you are new in an area, people come and greet you and bring food. I was so shocked. Is it because I am black? But later on I found out this is how they are.

“The other thing that shocked me was I called my teacher ‘madam’ and she was so shocked, she was so upset – ‘don’t call me madam.’ But in my country I cannot call you by your name! We call people by the title of their position … For two months I wasn’t able to call her anything.”

Costa initially helped Congolese men, women and children gain access to services in Brisbane. Then, in what has become the guiding vision to show his Christian faith in action, he set up the AusCongo Network to help families back in DR Congo overcome poverty and build better lives through training, micro-finance and other community development activities.

“I am compelled by the love of Christ to give hope to the hopeless.”

Through Kenmore Baptist church, he planted a new church, the New Life Community Baptist Church, at which between 70 and 80 Congolese and African people sing and dance each week.

“In our church our culture is music and dance. We dance and make a lot of noise,” he says.

Now, surrounded by 38 grandchildren from his eight children, Costa has written his autobiography as a way of helping children who face the sorts of challenges he overcame as a child and show them that life can be good too.

“I have a passion to help Congolese children. I am very committed for the rest of my life to pass on the blessing I received from God,” he says.

“We go there with books, laptops, pens. We give them hope and let them know that God is still there to help them and God sent us to help them.

I Could Have Been a Street Kid