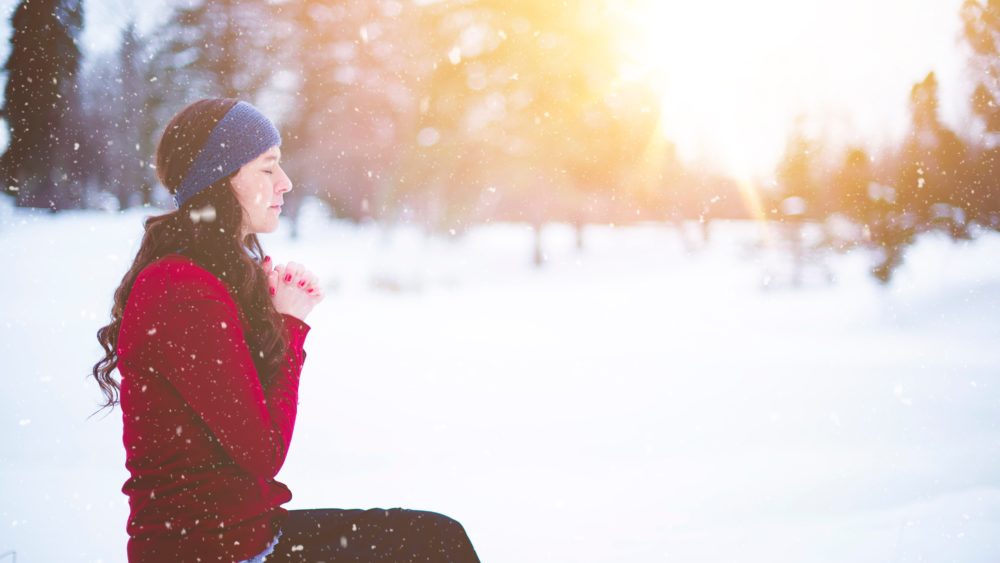 Prayer is more about the state of your heart than the hours you put in, says Ursula Ibaraki.
Ben White/ Unsplash License
Good News prayer

A prayer advocate opens up her ‘miracle books’

There are few people more convinced about the power of prayer than 72-year-old Ursula Ibaraki. In fact, she is a product of prayer herself. With a still thick German accent despite many years living in Sydney, Ursula delights in sharing her story with Eternity: “I got saved at the age of 55 … because my sister prayed for me for 21 years.”

Since then, Ursula has spent the past 17 years paying forward the prayers that led her to Christ.

“I started to pray for everyone – my family, my friends. And I’ve seen amazing salvations. One friend, just through my praying, giving her a Bible and taking her to church, she got saved in an amazing way.”

Perhaps even more miraculous was the conversion of Ursula’s mother. She grew up with a Jewish father and, after surviving the Holocaust, became interested in the Baha’i faith. Ursula explains how her mum came to Christ while still living in Germany, when Ursula was living in Australia and her sister in the UK.

“My sister and I continued to pray and often spoke to our mum in teleconference style, with the three of us on the same phone line.”

“On one occasion, we encouraged her to pray the ‘sinner’s prayer’ and she did. From there on, we often prayed together and every time we talked on the phone, she wanted us to read from the Bible.

“Four months later, she started to be very unwell. The last verses I read to her were from John 14: ‘My Father’s house has many rooms … I am going there to prepare a place for you.’ That was also the last time I talked to her; she passed away two days later. My sister and I are rejoicing that we’ll meet her again in heaven.”

“God does beyond what you can even imagine. So never mind if they think ‘she’s a bit silly!'”

Ursula has been witness to and participated in many other miracles resulting from prayer. She has been “instantly healed” several times: from a slipped disc in her back, another condition requiring surgery and from severe RSI that had forced her to give up work. The last experience led her to establish a Healing Rooms ministry in Chatswood, Sydney, where she and another volunteer prayed over a woman and saw her leg lengthen before their eyes, ridding the woman of back pain. Ursula still keeps in touch with a boy she prayed for at a meeting by Christian healer John Mellor, when he was immediately released from juvenile arthritis and his wheelchair. Recently, Ursula signed up to pray for visitors at The Healing Ministry of St Andrew’s Cathedral, Sydney.

She’s not concerned about sceptics: “God does beyond what you can even imagine. So never mind if they think ‘she’s a bit silly!'” she laughs.

Ursula records these extraordinary experiences in two small ‘miracle books’ that she carries everywhere in order to scrawl down answers to prayer when they arrive. She digs out one of these books and flips through the pages.

“It’s a little bit like Joshua when he crossed the Jordan and he said you pick up the stones and keep them so the future generation will remember about the miracles,” Ursula explains.

“Sometimes, when I feel a bit down and I think this prayer has been a long time [to be answered], then I look at my miracle books and I really know that things I have prayed for with others or by myself happen.”

Ursula’s ‘credentials’ as a person of prayer stem partly from the fact that she engages in prayer so frequently. In her own Anglican church on Sydney’s north shore, she is the person whom leaders seek prayer from. She’s on the prayer roster for the church youth group and the evening congregation (made up largely of Millennials and Gen Z). Before and after the morning church service, she can often be seen huddled with congregation members as she prays for them.

“It’s a nice way to finish a conversation because if we just have morning tea and tell each other how terrible life is, we are leaving church heavy hearted. So if we have an opportunity to pray about that, then we leave church lighter,” she explains.

In her spare time, Ursula has completed two levels of ‘prayer school’ with the Australian Prayer Network, and takes part in guided ‘quiet days’ at the Evangelical Sisterhood of Mary centre in southwest Sydney. She is also an Alpha enthusiast, having participated in and helped facilitate around 20 Alpha courses. Still, Ursula doesn’t consider herself a ‘prayer warrior’ but rather just “someone who enjoys prayer and a bit of an evangelist.”

“It’s just stepping out by faith. Who am I? I’m nothing … It’s obviously all about Jesus and not about me.”

She continues: “People will think I spend three hours on my knees, which I never do. I just pray at a lot of different times during the day, but especially in the morning,” she says.

Since Ursula’s husband passed away nine years ago, she fills every morning with worship music, reading the Bible and, of course, prayer.

“I have a conversation with God – just opening my heart and asking, ‘What do you have in store today?’ … I always thank God in advance for what he’s going to do.”

“I have a conversation with God – just opening my heart and asking, ‘What do you have in store today?’.

She keeps track of people who require ongoing prayer (in addition to the many on-the-spot prayers she offers) by using the Echo prayer app. Every week she also meets with her prayer partner of three years. “And it’s a real appointment – we don’t fiddle around with it. It’s accountability too and we keep each other on track. That has been a real blessing,” she says.

However, when asked about the secret to a successful prayer life, Ursula stresses that it’s more about the state of your heart than the hours you put in: “In my opinion, it’s not so much about the amount of time one spends praying but the willingness to believe that what you pray for will actually happen …

“Of course, we always have to say in [God’s] timing or if it his will, I realise that. But to just dare to believe that your prayers are answered. You know the words in James 1:6: ‘You must believe and not doubt.’ It’s very difficult at times because there’s this little voice that says, ‘Do you really think this is going to happen?’ I just say, ‘Oh well, Lord, you’ll help me to take away the doubt.’ Then, after a while, I have seen so many miracles and so many situations shifting – not just through my prayer but through corporate prayers and other people praying.”

In summing up her advice on prayer, Ursula refers to Joshua 1:9 where God encourages Joshua to be “strong and courageous”. She warns that God might answer prayers differently to the way we expect, but our role is that of a facilitator, “to allow the Holy Spirit to do the work”.

Pray with Ursula that: “More people would not only keep praying but dare to step out when opportunities arise, to see God at work.”