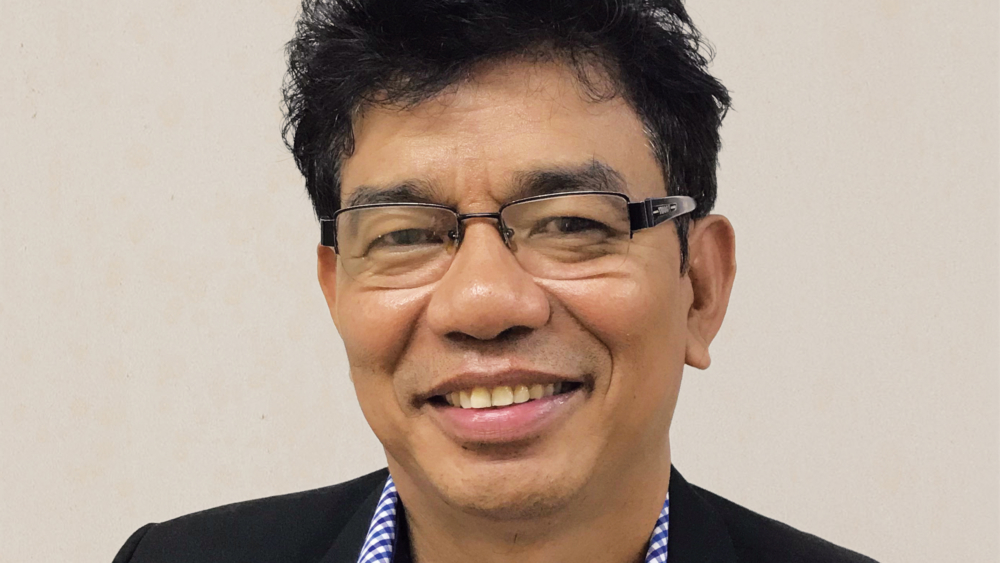 “If we introduce the gospel to the Buddhist in this way, they want to hear more,” says Peter Thein Nyunt.
Good News evangelism

Teaching Buddhists to be Buddhist to preach Christ

How to break the cycle of eternal suffering in Myanmar

Former Buddhist monk Peter Thein Nyunt has discovered a novel but effective way to reach Buddhists with the gospel of Jesus – encouraging them to be authentic Buddhists first.

According to Nyunt, it is only when Buddhists realise their good works cannot save them from the endless circle of rebirth they believe in that they will be willing to look for a Saviour from outside their religion.

“Many Christians, evangelists, pastors, blame the Buddhists when they are doing good works. But we encourage the Buddhists to do good works so that they realise their good works are not enough for their salvation,” Nyunt told the Church Missionary Society NSW and ACT Summer School in Katoomba, NSW, earlier this week.

Questioning whether good works could save him was how Nyunt came to accept Jesus as his personal Saviour despite being brought up by fanatical Buddhist parents in Rakhine state in the western part of Myanmar.

“I really hated Christians – that’s why I came to know Jesus Christ,” he said, explaining that after he went to Yangon to become a Buddhist monk, he noticed two Christian churches near the monastery. He was aggrieved by their style of worship.

“So this Christian church, particularly this Pentecostal church, is seen as shocking and I thought ‘they are fighting against us,’ so I went to find the head pastor,” he recalled.

“Actually, I had a very aggressive attitude and even wanted to kill the pastor. I was that angry. But the story was different when I met him and he talked about the words of salvation – and six months later I came to faith in Jesus Christ.”

Nyunt is now passionate about reaching Buddhist people with the wonderful news of grace on offer through Jesus and holds a PhD in missiology.

In 2016, Nyunt stepped down as vice-principal and head of mission studies at Myanmar Evangelical Graduate School of Theology, to focus on reaching the Rakhine Buddhists. They have proved resistant to the gospel despite 200 years of Protestant evangelism in the country.

“We have a team to plant indigenous churches among the Rakhine community,” he explained.

“If the gospel is relevant to all, why is it strange to the Buddhist?” – Peter Thein Nyunt

They are achieving success where other Christian organisations have failed because they recognise the cultural and theological barriers to the gospel in Myanmar.

“If the gospel is relevant to all, why is it strange to the Buddhist? The gospel is divine revelation, but it has to take place within the cultural context of the audience if it is to win the audience to Christ,” he explained.

The cultural barriers to communicating the gospel are a belief that Buddhism is “senior” to Christianity because it spread into Asia before Jesus was born. There also is Buddhist solidarity on another level: “Religion and nationality are inseparable in their cultural identity. Religion is mixed with nationalism, so Buddhism is very strong and they think they don’t need any other religion.”

There are also theological barriers that mean Christians can’t assume that their audience will understand or interpret the message they intend.

“We talk about believe in Jesus Christ and you will have eternal life. But for a Buddhist, eternal life is the worst curse.”

“They interpret it according to their social and cultural religious context, so it doesn’t work.”

Nyunt said he often challenges his students and fellow workers about what message they would give if they had just five minutes with a Buddhist.

“Mostly people will start from the creation, from Genesis [and go through] to Revelation. But Buddhists do not believe in a creator. If they believed in creation and a creator, they are not Buddhist, so we never start with the creation.”

Nor do they talk about the biblical viewpoint that can be summarised as man as sinner, God as seeker and Christ as Saviour. They don’t present this because, in Buddhism, there is no concept of sin.

“There is no space for God because, for their salvation they need to depend on their good works – no need for God,” explained Nyunt.

“So how do we communicate the gospel which is relevant to all? We need to find common ground, common interests or the point of contact.”

“Why are we trying to make the nominal Buddhists to be authentic Buddhists?” – Peter Thein Nyunt

The way in is understanding karma – the bad and the good actions, the round of rebirth (or samsara), which determines a person’s life origin and fate.

In karma there are three types of demerits – physical, vocal and mental – which are transgressed every day. So for example, if you kill a mosquito, steal 5 cents, tell a lie or feel envious of someone, you have amassed bad karma. “If you have done any bad actions from birth till you die, no forgiveness,” said Nyunt about Buddhist beliefs. “When you die you will be reborn in hell, no other ways.”

This is why Nyunt advises his team to preach Jesus by teaching the Buddhists how to be Buddhists.

“Don’t be surprised because there are many, many nominal Buddhists. Even though they are Buddhists, they do not know what they believe.”

“The one who will save them must come from outside of this circle.”

“So we reach the point with the Buddhist, if they cannot save each other, who will come and save?

“At that point we say, ‘where does he need to come from?’ Because … Buddhists want to be liberated from this circle of rebirth and stop the suffering. So Jesus can liberate them from samsara, which is their ultimate goal because that means nirvana.

“The goal of the Buddhist is the end of suffering. So those who are going around the circle of rebirth cannot help each other. So the one who will save them must come from outside of this circle.”

While Buddhists resist the idea of being sinners, they recognise and are willing to confess that they have done bad karma physically, vocally and mentally every day.

“So how can we connect this point to the teaching of the Bible? The Bible says [in 1 John 3:4] ‘everyone who sins breaks the law, in fact, sin is lawlessness.’ How does this compare with Buddhist teaching? It’s clear in Buddhist teaching that everyone has committed sin physically, mentally and vocally, so when we connect this biblical teaching to the teaching of karma and Buddhism, they really understand we are the sinners.”

“If we introduce the gospel to the Buddhist in this way, they want to hear more.”

And it’s increased against all religions

Facts, manuscripts and historical accuracy are just some of the evidence for God’s Word