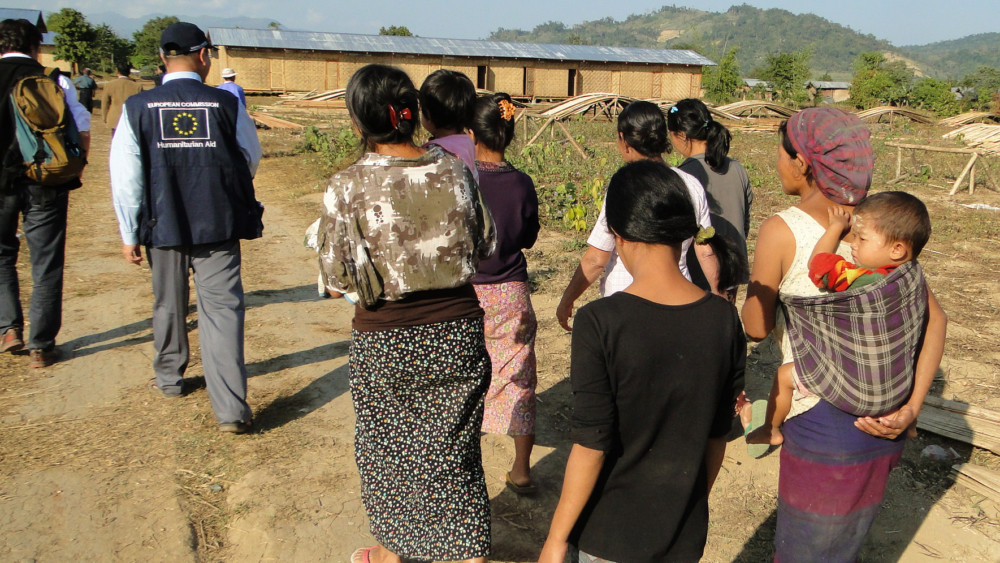 More than 100,000 people have been displaced since war began in Kachin in 1962.
EU Civil Protection and Humanitarian Aid Operations/Flickr License
World persecution

Almost 7,000 people belonging to the largely Christian minority group in Kachin, northern Myanmar, have fled their houses since fighting between the army and a rebel group flared up in early April, according to recent figures from the Red Cross.

“It’s a war where civilians are being systematically targeted by members of Burma Army … [yet] the international community chooses to overlook it,” political analyst and writer Stella Naw told the UK’s Guardian newspaper, with international attention on Myanmar focused on the humanitarian crisis facing the country’s Rohingya Muslims.

Thousands of lives have been lost and at least 120,000 people have been displaced in the decades-long conflict between the army and the Kachin Independence Army (KIA) since the military seized control of the country in 1962.

“It is an invisible war,” said San Htoi, the joint secretary of Kachin Women’s Association Thailand. She told the Guardian that on a recent visit representatives of the United Nations Security Council went only to Rakhine state and “left the country without knowing [about Kachin]”.

And according to Thomas Muller, an Asia analyst for Open Doors International – a charity that supports Christians who live under pressure for their faith – it is unlikely the situation will garner more attention “since Myanmar is increasingly coming under economic and political influence from China, its big neighbour”.

“China tacitly supports the large Wa minority in Myanmar, and can effectively veto any inquiry into the situation of any minority, let alone any improvements or measures to bring the civil war to an end,” Muller added.

Trapped in a warzone

Yanghee Lee, the UN’s human rights expert for Myanmar, raised alarm over the increase in violence in Kachin in her March report to the Human Rights Council.

Last week she called for an immediate end to the fighting, saying: “What we are seeing in Kachin state over the past few weeks is wholly unacceptable, and must stop immediately. Innocent civilians are being killed and injured, and hundreds of families are now fleeing for their lives.”

Many of them have travelled long distances on foot, making their way through the forest, and ending up seeking help at local churches or existing camps for internally displaced people (IDPs). Others are staying with relatives.

“The local churches are doing their best to accommodate [those] fleeing from the warzones,” a local source told World Watch Monitor on condition of anonymity. “They also donate food and other materials as much as they can to help [but] prices of commodities [have gone] up to five times the usual price.”

Many other displaced civilians are still stranded in the forest or have become trapped in the warzone, hiding out in the jungle without food or water, or unable to leave their villages, according to local newspaper The Irrawaddy.

According to World Watch Monitor’s source, “Civilians in the warzone are threatened to leave their house or be killed; many houses are burnt down by the government soldiers.”

The military restrictions on aid also make access to food and clean water in the camps difficult, according to AP.

The Irrawaddy reported that state-government officials had started rescue operations to help people trapped in the warzone, after more than 300 Kachin youths, joined by an estimated 1,000 other local residents, organised a sit-in protest in Myitkyina last week, calling for the government to act.

In November last year Myanmar’s Christians expressed hope that the visit of Pope Francis would help bring an end to ethnic conflict in the country, but progress stalled despite a new round of peace talks being announced during his visit.