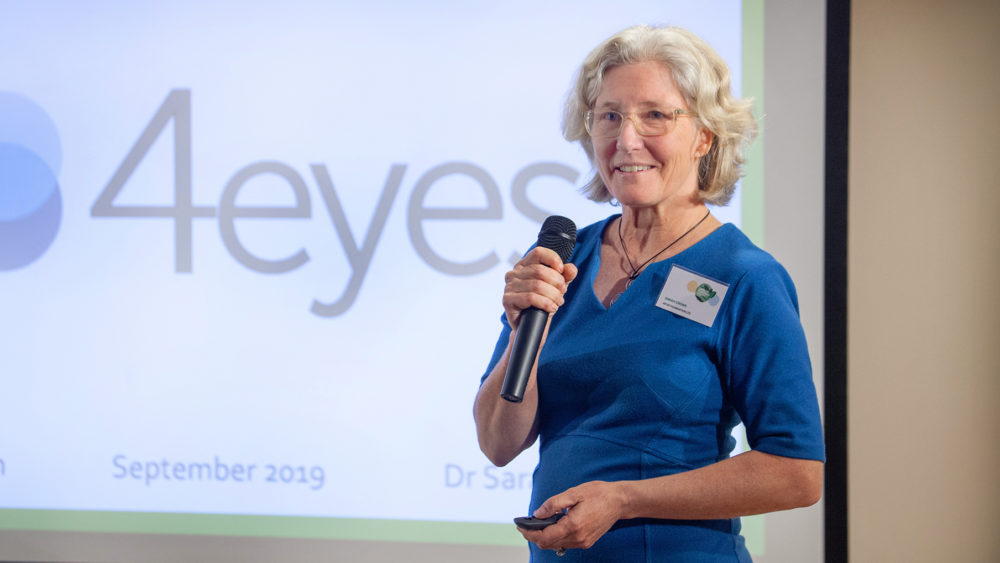 When Dr Sarah Crowe, a Sydney-based ophthalmic surgeon, visited an eye clinic in the Solomon Islands, she saw first hand the serious vision problems of many residents. Even as she diagnosed them, she realised that few had access to treatment or surgery, let alone glasses.

During the next few days, Crowe began to notice that, in fact, no one was wearing glasses. Simple reading glasses were non-existent, so almost anyone over 45 had difficulty reading. The other implications were obvious to her as well: people struggled to learn, work, drive or care for others simply because they couldn’t see well. And while she saw the impact that governments and NGOS were having with various eye health clinics or surgical visits, she realised these people’s simple need was for affordable accessible glasses.

So Crowe returned to Sydney and tinkered in between patient appointments and trips until she invented a system that enables those living in inaccessible and often disadvantaged communities to have their eyes tested and prescription glasses assembled on the spot. The 4eyes system offers the gift of sight to people in the world’s most remote locations and helped Crowe receive Anglican Deaconess Ministries’ Annual Funding Event (AFE) top award in September in the Startup and Beyond category: $30,000.

As part of her pitch at the AFE, Crowe described the reaction of those who had participated in the 4eyes pilot trial. The trial took place in Papua New Guinea last year, and many who had suffered vision impairment for most of their lives received spectacles to correct the problem.

“To see people put on their glasses for the first time in their life is so rewarding, they are amazed and often quite overwhelmed. Some are speechless, some laugh and some cry,” she said.

“They are amazed and often quite overwhelmed. Some are speechless, some laugh and some cry.” – Sarah Crowe

Originally from Montreal, Crowe continued to work in developing communities and quickly realised how few people had access to spectacles. She also came across research from the World Health Organisation that states that 53 per cent of avoidable blindness is due to uncorrected refractive error. A recent study in PNG confirmed that it is the largest cause of poor vision, and the majority of people affected are in remote and developing communities. Why? Three reasons: lack of professional services to test for prescription, cost and geographic isolation.

“There was no one to test for glasses and no way to get them due to lack of access to testing and the cost,” Crowe explains. “The amount of money that goes into trying to improve healthcare in developing communities is huge and yet this relatively simple problem, which would be relatively cheap to fix, was not being addressed.”

Crowe turned her considerable skills to developing a system of testing for refractive error and instant assembly of spectacles using universal frames and pre-cut lenses. The initial field trial, conducted in partnership and with generous funding from the Kokoda Track Foundation, was held at the remote Kou Kou village in Oro Province, PNG. Five hundred men and women had their vision tested, and 300 pairs of spectacles were assembled on the spot for those who needed them.

“In a follow-up questionnaire, 98 per cent of respondents gave the highest rating possible to their improvement in vision, but also in improvement to their quality of life,” Crowe said. “Many specifically stated that they were able to read their Bibles for the first time.”

Because of this pioneering work, Crowe was invited to join 12 other entrepreneurial and inspiring women who also pitched their ideas at ADM’s funding event. But when Crowe was awarded the largest grant, she was surprised and delighted.

“Many specifically stated that they were able to read their Bibles for the first time.” – Sarah Crowe

“It was an amazing day, not only receiving the funding, which was a tremendous boost, but being surrounded by the encouragement and optimism of the other women presenting their cases for funding,” Crowe said. “Setting up and running a project like 4eyes is such hard work, such an investment of time and money, and sometimes I have questioned whether I can carry on. Receiving the award gave me much needed affirmation and a sense of empowerment which gives me strength to continue. And the community around ADM is an incredible group of women.” 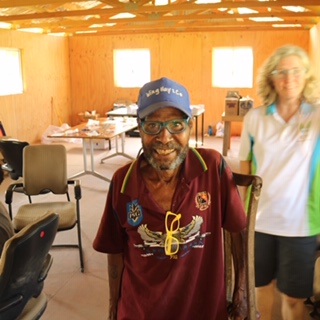 A happy beneficiary of Crowe’s service in Papua New Guinea

The ADM funding is likely to be matched by AusIndustry, a federal government organisation which supports innovation. This together with continuing support from KTF will be used to scale up the project in PNG. The aim is to provide spectacles for at least 1,000 more vision-impaired people there before being rolled out in other countries including the Philippines, Fiji, East Timor, India and hopefully across remote regions of Australia.

The 4eyes Foundation has also been set up to receive tax-deductible donations and has recently registered as a charity. And key to the future of 4eyes is adequate funding, says Crowe, who in addition to countless hours spent on the 4eyes equipment and working as an ophthalmic surgeon, has a busy family life with husband Phillip and four adult children.

Yet she says her Christian faith helped drive the development of the 4eyes system in the first place.

“My faith is a practical faith – it’s faith in action,” Sarah said. “I believe we are all part of a human community and God has put us on Earth to help each other. I simply feel I have an obligation to use my skills and experience to help others.”

To support the 4eyes Foundation and for more information, email Sarah Crowe.