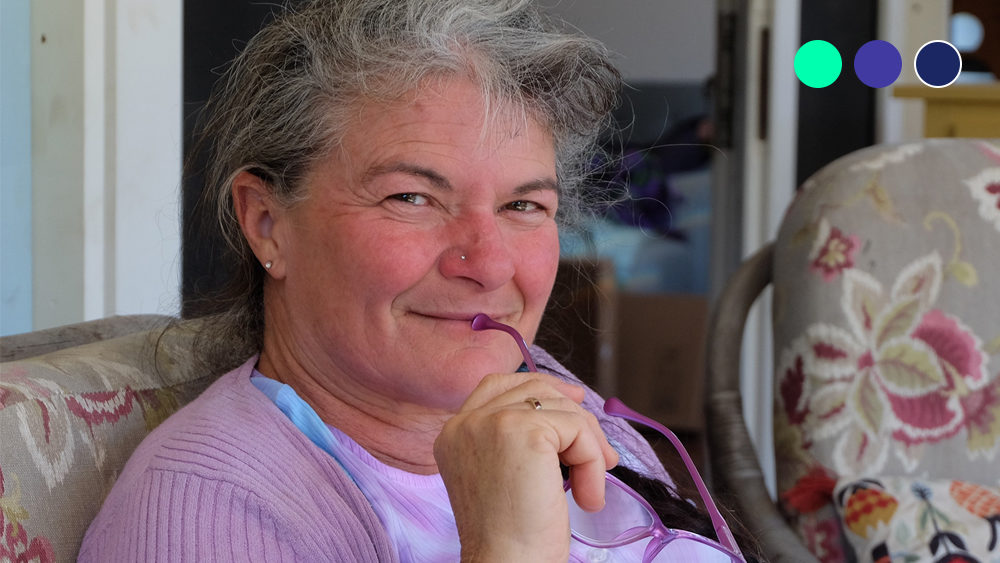 ‘It was a lovely, deep sense that God is part of everything’

“I’m not the sort of person who likes to find individual Bible verses to fit my own situations. I’m cautious like that. How do I know for sure what God had in mind? But there was one time, in 2009, [when] my sister was diagnosed with breast cancer. She had a lot of treatment, and she seemed to be doing better, so they decided to come to visit us on the farm. That particular day, we’d been taking photos outside, and then we sat on the front porch … and a huge wedge-tailed eagle flew over the house. It stayed above us for ages, circling the house. It was a beautiful moment. My sister left us two days later, but she lost consciousness on the way home. She died the next day in hospital. I never saw her again. It was awful, on so many levels. I can’t even tell you about it. At her funeral, though, we used the verse from Isaiah, “But those who hope in the Lord will renew their strength. They will soar on wings like eagles; they will run and not grow weary, they will walk and not be faint.” (Isaiah 40:31). It was true. Through that whole time, my sister had been so sick, and lacking in physical strength, but she had such an assurance of her faith in God. She was deeply faithful, even at the end. She ministered to so many people. But that’s not all. Six years later, my dad died, from prostate cancer. It was so hard – so much loss. But he held onto his faith too, till the end, in his quiet way. As we walked out of the church, with his coffin … wouldn’t you know it? There was the most extraordinary wedge-tailed eagle, flying over the church. Everybody talked about it, afterwards. It was a lovely, deep sense that God was part of everything. It was almost like a spiritual confirmation of a physical thing. They’d both been so tired, but they held onto their faith till the end, and their lives impacted so many people. And now for me, there’s a deep sense that it’s ‘okay’. God is sovereign. Even when things seem crap, we hang on, because we know that he gives us strength.”

Eternity farewells one of our best, Anne Lim

As the great-granddaughter of a slave, I have found the recent conversation over slavery’s existence…

"Have I failed to honour God because my life has not looked successful, as I thought it should?'

"Have I failed to honour God because my life has not looked successful, as I thought it should?'

Jo’s story | The science of success

'God was real. It was such a surprise'

'God was real. It was such a surprise'

Geoff’s story | From drug trips to recovery with Jesus