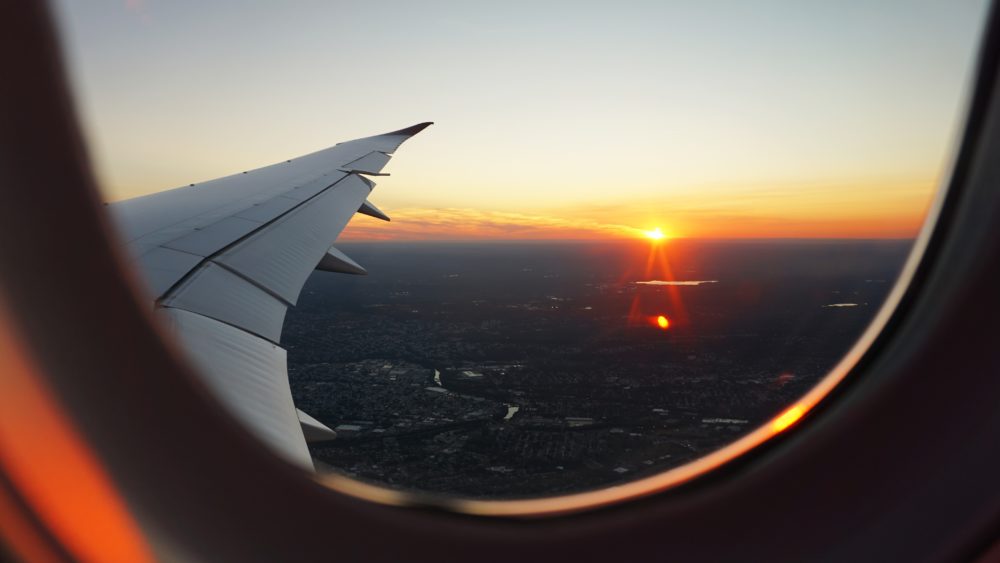 You’re not one of those evangelicals, are you?

I’d just settled into the plane for the five-hour flight back home across this great brown land called Australia, and I was tired. The Friday night flight from Sydney to Perth is invariably late taking off (a thunderstorm this time? Nice move, didn’t see that one!), and inevitably jam-packed with sweaty businessmen and over-perfumed ladies playing Tetris with their hand luggage in the overheads.

I had boarded the flight then, as usual, flicked my personality to “introvert flight mode”. It’s the mode where you switch on your noise-cancelling headphones, grab your Kindle or book, slump into your chair and give off “leave me alone” vibes. And after ten trips this year, with too many Friday night flights home, I was ready this time. I’d even paid a bit extra for an exit row seat to stretch my legs and sleep for that last 90 inconsolable minutes.

Put me on a plane, and the introvert beast within me awakens.

I am responsible for helping create online content and assisting Christians and churches explore where their “third space” is. That place where people can have conversations with non-Christian friends about matters of life and faith. A sort of neutral zone in these increasingly hard secular times. And I love those sort of third space conversations. I love having them, leading them, encouraging them.

But put me on a plane, and the introvert beast within me awakens. Sure, if we’re going down in a fiery ball of flames; the lunch cart careening down the aisle, taking out people; the person sitting next to me shaking my arm and yelling “What must I do to be saved!”, I just might toss them a ‘Two Ways To Live’ tract before assuming the brace position. Otherwise leave me alone.

James did not want to be left alone. Nor did he want to leave me alone.  I got on board early and he was standing there waiting for everyone else to board. All six foot seven of him, tall, slim,  athletic looking, red hair and short beard and, by my estimation, in his mid-to-late 30s. He was annoyed at the late flight, annoyed at paying for leg room that is free on other airlines, and annoyed that he’d been away for a week.

I sized up the sizeable situation. Five hours and five minutes sitting next to James. I thought I’d been smart getting an exit row seat. Now my plans were dashed, unless I went super-grumpy and turned to the side, and rudely ignored him. Besides, I had a sermon to write. Didn’t he know I had to speak at a church on Sunday about how to best represent Jesus in our work settings? Whoops.

My plans were dashed. I sighed inwardly, switched the Kindle off and sat down. He was wearing a Garmin. Salvation right there!

“Oh, a runner’s deadly enemy who hunts in packs of 20 and tries to get as close to our ankles without actually hitting them?” I inquired.

Not really. I didn’t say that. It was a Garmin, but not the best point of contact. We had a chat about running and cycling, pausing long enough for the air stewardess to show us how to calmly and gently open the window once the plane was on the water, passengers were screaming and saying Hail Marys, as they illicitly stowed hand luggage under their shirts; and there were also no raging flames outside from the thousands of litres of fuel which had miraculously not reached ignition point.

We settled in. We talked about work. The dread question. He worked in cyber security. That rolls off the tongue impressively, doesn’t it? Cyber and security.

“What do you do for a living?” James asked.

“I’m a used car salesman with a speciality in selling lemons to unsuspecting teenagers who have just gotten their licences,” I replied, adjusting my glasses to make it look as if I really loved my job and wanted to talk about it.

I pray for these opportunities all of the time … And this one is presented to me on a platter and I’m being churlish about it?

I didn’t say that. But when you say you are a pastor of a church and you work for an organisation that helps people with questions about faith and Jesus, it’s got pretty much the same effect.

James liked to talk, but he was savvy and funny and interesting, and he’d read a lot. And at that point, I thought to myself: “You know what? I pray for these opportunities all of the time, that God will give me the chance to tell someone about the good news, about Jesus, about what it means to live with hope in a challenging and difficult world. And this one is presented to me on a platter and I’m being churlish about it? Toughen up McAlpine! Or soften up at least.”

I fired off a quick prayer of forgiveness with a call-out for wisdom, and we settled in to what is, I suspect, a story that would be told a million times around Australia, if we were as quick to listen as we were to talk.

A story of work pressure, time pressure, family pressure, financial pressure that kept him awake until the early hours; a deep love for children and wife, hard times in the family, big questions about meaning and purpose. We talked about the grumpy Boomer neighbour next door in the new funky housing complex near the beach, where the blocks are small, the houses big, and the kids make more noise playing basketball than Mr-Red-Sports-Car next door wants to hear.

The term “We’re pretty much doomed” came up at least three times. (Not from me, from James).

Here’s a bloke who went to Mass every Sunday until the age of 18, then just as suddenly stopped. Who met his wife at uni at the age of 20 and has been with her until now – aged 38. With three young children.

Heck, he could have drained my bank account by now, he is in cyber security after all.

He has all the questions about life and relationships and God that so many people have. Throw in a sharp mind, a wicked sense of humour, and a couple of really painful life episodes, an uncertainty about the church, but a high view of Jesus, and I reckon I had Mr Everyman sitting next to me for that five hour and five minute flight.

“I didn’t expect this conversation to go this way,” James said, before asking me what our church was like and what you might have to believe before you turn up.

And then, near the end, “What’s the name of your church?  Do you have a website?”

James could have checked out our church already. He could be reading this although I never gave him my surname. Heck, he could have drained my bank account by now; he is in cyber security, after all.

But we both dozed off the last hour or so, and then wrapped it all up on the way to the baggage carousel. Priority baggage means we both pretty much came out into the terminal, grabbed our bags as they were on their second lap around the black rubber belt, before heading off separately to an Uber.

“Go well, James,” I said, “It won’t always be this tough, you’re at the crunchy point in life.”

And that was that. But it was more than that. It was a true third space moment. And it was a chance to plant a gospel seed in James’ mind. But not just that, a chance to serve and love a fellow human being. And, despite me having the words of life to give him, to also learn some things from a fellow human being too. We do believe in Imago Dei after all, don’t we?

So James, if you’re reading this, and you know that your real name is not James, then first of all, what the heck!  How did you track me down? But second, there’s a good chance that Jesus is tracking you down in a far deeper way than any cyber security specialist can track a man. He knows your innermost thoughts.

And perhaps the first thing he’d want to say to you is this:

“Actually, James, we’re not all doomed. There is hope. Let me tell you about Who that hope is!”

Stephen McAlpine is the lead pastor of Providence Church Midland. Stephen and his family live in Perth’s eastern suburbs, where his wife Jill runs a clinical psychology practice. In his spare time (aka early in the morning) Steve enjoys running. He loves nothing better than hanging out having coffee with Jill in some urban place. This article first appeared here.

I was just finishing a sermon when it all came crashing down. Not my sermon.…