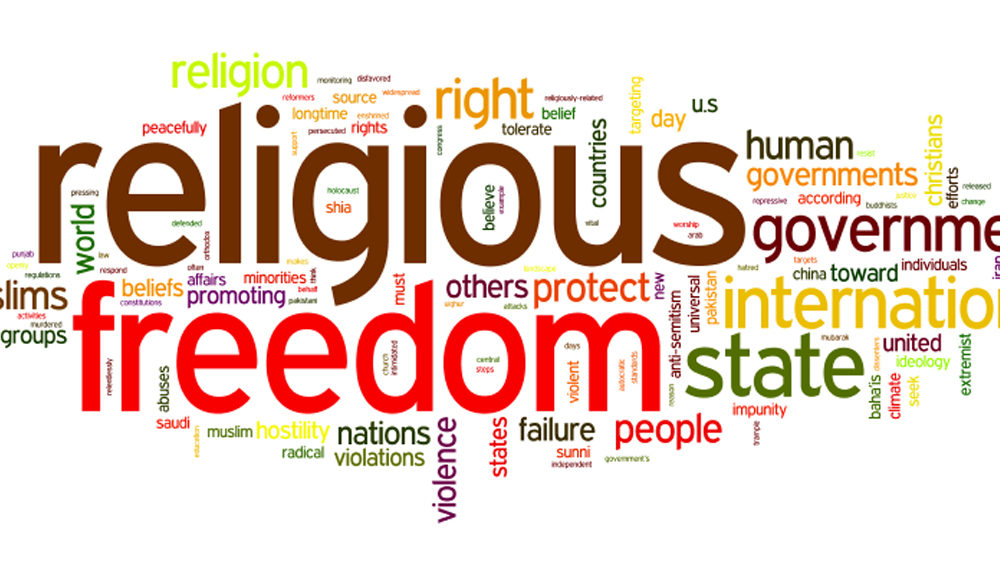 The answers are: we don’t know yet. And: Folau has become some sort of benchmark. As proposals are discussed, the question is “Would this have made a difference in the Folau case?” We’ll know what sort of a religious freedom bill we have got as soon as the government starts its consultation process, most likely soon. Some reports indicate that the legislation will be available before July 22. The backbench will get a look at the bill this week, according to the Sydney Morning Herald.

“A Religious Discrimination Act following the same basic model would prohibit things like refusing to hire a person because she is a Catholic and sacking a person because he is an atheist,” Luke Beck, Associate Professor of Constitutional Law at Monash University, wrote in The Conversation. “It would also prohibit a café refusing to sell coffee to a customer because she is a Muslim and a bakery refusing to make a cake for a customer because he is an Anglican.”

It would make a difference in South Australia and NSW, where religion is not covered by state anti-discrimination laws.

It would also be eagerly supported by Labor – and the Prime Minister has promised to work in a bipartisan manner on this issue.

This sort of law would deeply disappoint the conservative religious groups who want more. It would not protect Folau’s expression of his religious beliefs, and the courts would need to work out what happens when the various rights to not be discriminated against collide.

A “religious freedom act” is an option that would give rights to religious expression. “A religious discrimination act is not sufficient,” Senator Concetta Fierravanti-Wells (Liberal NSW) told the Senate this week. “It would be defensive in nature and limited to protecting against acts and practices by others which are discriminatory on the grounds of religion. A religious discrimination act would fall well short of the expectations of the ‘quiet Australians’ who voted for us. We cannot let them down.”

This sort of act would aim at protecting religious expression – making the world safe for Israel Folau, for example.

“Ordinary people of faith are now, understandably, asking the question: ‘If I quote the Bible, will it get me into trouble?’ This is now the discussion at the kitchen table for Australians who hold religious beliefs. We need to make sure that religious persecution of Israel Folau does not happen again.”

A much more extreme version of a religious freedom act could allow wedding service providers and other businesses to refuse to serve LGBT customers. With the exception of allowing churches and religious schools that hire facilities to say no to same-gender weddings, there is little call in Australia for that sort of act.

“I think what is the critical thing here is for the Morrison government to show the leadership in terms of asking right, what do we think might have a chance of getting through the Senate? Now, I think the absolute best outcome would be a Religious Discrimination Act plus the Penny Wong bill with the freedom of teaching your doctrine – if that could be agreed to by Liberal and Labor. I think that would be absolutely the best possible solution.

“If that is not to occur, then the Morrison government will need to deal with the crossbench, but we already know from the way they address the Penny Wong bill that the Centre Alliance senators are much closer to Labor than to the government on this. So the government, I think, has to be careful in not overreaching in terms of what might be achievable.”

(The ‘Penny Wong Bill’ from 2018 would have removed religious institutions’ exemptions under the Sex Discrimination Act which allow schools to discriminate against LGBT students. The issues of LGBT students and teachers and some other Ruddock review items have been referred to the Australian Law Reform Commission, which will report in 2020.)

One possible middle course for the government would be to pass a Religious Discrimination Act with some rights of religious expression added to it.

These would reflect what Professor Patrick Parkinson described as “the balance struck between the rights of religious organisations to conduct their affairs in accordance with their own beliefs and values and general non-discrimination principles in the community” (in a submission to the ALRC).

One such addition would be Brennan’s suggestion that schools and other religious institutions be free to teach their doctrine.

A key additional clause would be that religious institutions are free to hire staff in a manner that protects their ethos or identity.

One possible clause would “include protections for people of faith who do not want to solemnise a same-sex marriage,” according to the SMH. This would mean amending the Marriage Act. The same report suggests debate over protection for people such as Israel Folau is a hot issue.

Both the Coalition government and the Labor opposition have said they want to work together on religious freedom.

“We are waiting to have those conversations. We do stand ready, though, to work with the government on this.”

Despite the PM saying he “doesn’t want religion to be an issue that divides Australians”, the Folau issue appears to divide the government and opposition. Morrison has said that employers should respect the “private religious practice of their staff”. By contrast, as Opposition Leader, Anthony Albanese has emphasised the contractual nature of the Rugby Australia dispute.

Keneally has put the Labor position this way:  “We also believe that no school should have the ability to discriminate against teachers or staff on the basis of their identity. But we understand that religiously affiliated schools need to have the clarity that they are able to require their staff to act in ways that uphold the values and the ethos and the tenets of the faith and not to act in ways that undermine it. It is the distinction between identity and action.”

This is an attempt to balance competing rights, removing direct discrimination, but it is unclear how this would work in practice. The Folau case revolves around the difficulty of separating faith and practice. Labor is relaxed about schools having rules about compulsory chapel and religious instruction. But when it gets to staff upholding the ethos of an institution, the discussion will get more difficult.

Labor’s 2018 platform “A Fair Go For All” includes this clause (137): “When prejudice against LGBTIQ people contributes to harassment by the written or spoken word, such harassment causes actual harm, not simply mere offence, to people who have suffered discrimination and prejudice, and causes particular harm to young same-sex attracted, gender-questioning or intersex people. Labor considers such harmful harassment is an unacceptable abuse of the responsibilities that come with freedom of speech and must be subject to effective sanctions. Labor will ensure that anti-discrimination law provides such effective sanctions.”

Michael Jensen on the good news about sex