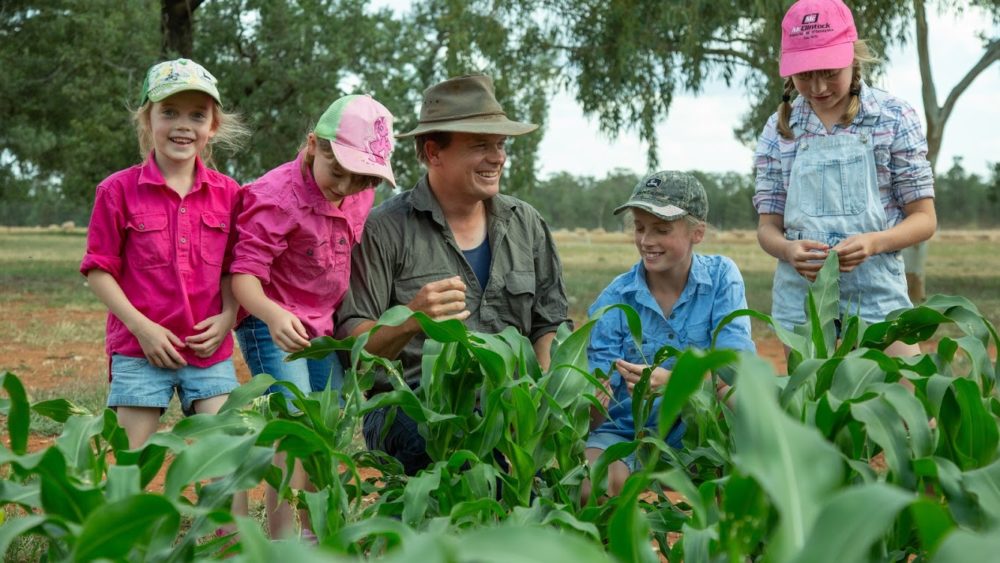 It’s nine months since Eternity caught up with 37-year-old farmer from Central West NSW, Jarrod Amery. At the time, Amery was simply blown away by the “miraculous” canola crop he had planted just weeks before – after a dream that he believed to be from God.

It was a big leap of faith. In the dream, Amery was standing in the midst of lush, green canola in a paddock on his 6500-hectare farm outside Forbes. Many drought-stricken locals would simply have written off the dream as wishful thinking; canola crops were few and far between, and those that did exist were struggling. Yet Amery, convicted by his desire to be a “supernatural farmer”, went and purchased $36,000 of canola seed. Then he and his wife Emma sowed it into the dry, thirsty earth and waited on God.

“I remember praying about the crop and saying, ‘God, we’ve done all we can do, and we’re trusting you.” – Jarrod Amery

It was a leap of faith that paid off. “The crop grew and grew and it flourished better than any other crops we planted,” says Amery. “It was the best crop in the area by a mile …

“Every Sunday after church, Emma and I and our six children would intentionally drive past that crop, even though it took longer to get home, and we’d thank God for the crop. I remember one Sunday in early June, we got out of the car and I said to Emma ‘this crop has grown to a stage where it’s exactly like I saw in my dream’, and I was like, this is amazing! This is a dream in reality.”

But when this “supernatural” crop was looking its best, the rain dried up during the middle of 2019.

“Pretty much from the first of July onwards, the rain stopped,” says Amery about a common problem across drought-affected areas of Australia.

“From July 1 to the end of January 2020, we had 46 millilitres, which is virtually nothing. Last year was the driest year we’ve ever recorded.

“As the crop went on, it got thirstier and thirstier. It still looked like one of the best crops in the area, but over time it started to wilt.”

Amery began to question God, saying: “God, I thought that this dream was going to have a happy ending.”

“I remember praying about the crop and saying, ‘God, we’ve done all we can do, and we’re trusting you that whatever happens, happens because you’ve got a good plan going on.” 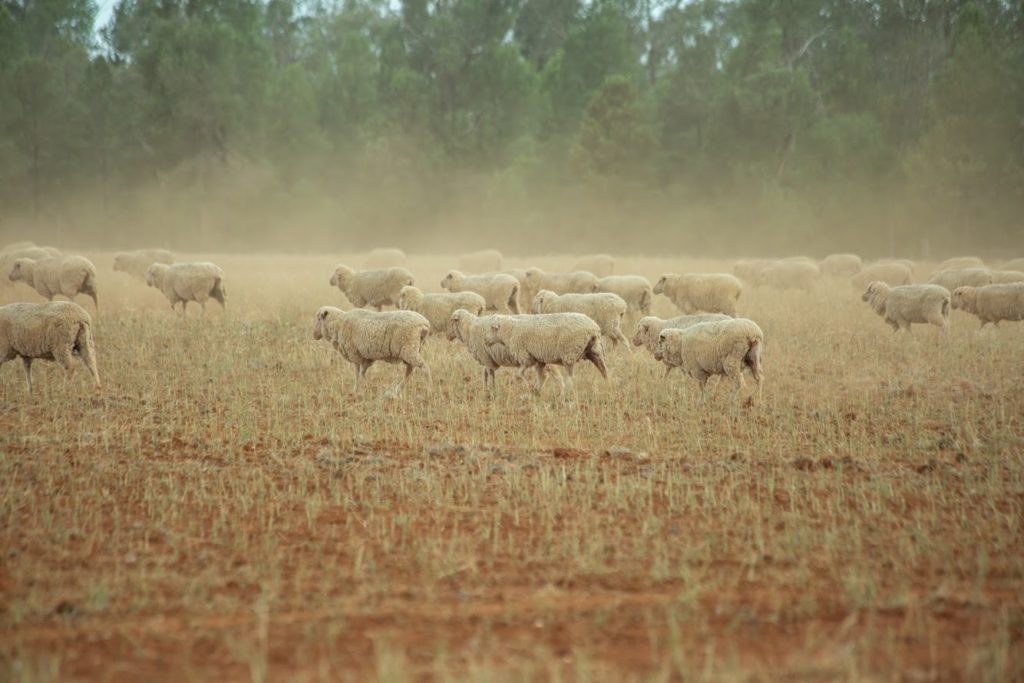 While other canola crops on the Amery farm withered up and died, the miracle crop continued to grow, although “not at a great rate”.

“We made a decision that we’re going to put faith in God and that the dream was from God,” Amery reflects.

“We made a choice near the end of March [2019] that we were going to sow [canola seed]. So we just started sowing 24 hours a day. We got 80 per cent of the paddock sown, but the other 20 per cent we didn’t quite get sown because it started to rain.

“We came back and sowed that last 20 per cent seven days later when the paddock dried out. That part of the paddock, that we sowed after the rain, withered up and died – it was un-harvestable.

“If we hadn’t have taken a step of faith … then we wouldn’t have had any crop at all.” – Jarrod Amery

“So if we hadn’t have taken a step of faith and started to sow the crop when God gave us the dream to sow it into dry soil, then we wouldn’t have had any crop at all.”

“That was a miracle in itself!” laughs Amery incredulously.

When the Amery family eventually cut the canola crop and sold it for hay (to be used as animal feed), they “got heaps and heaps and heaps of hay bales. More than anyone else in the district.”

“These hay bales were in great demand. Our hay was being sold from Tamworth to Guyra to Condobolin and even up near the Queensland border. It was going all over the place. 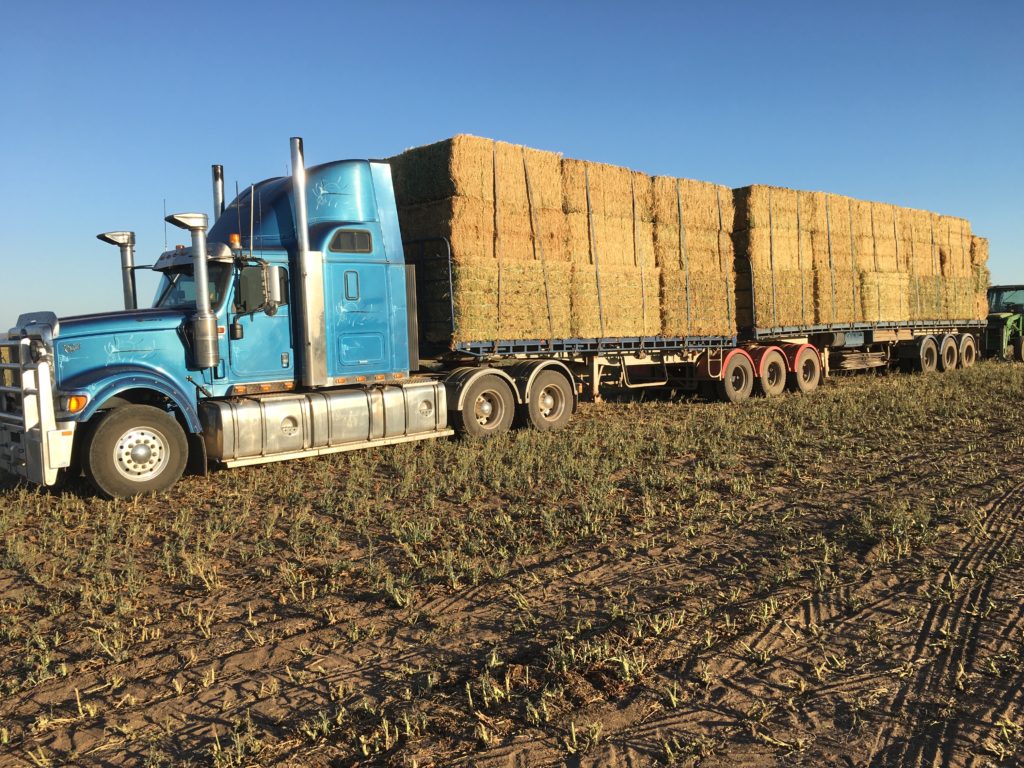 While the farm is still running at a loss, Amery says: “If we hadn’t done what God had shown us in the dream, we wouldn’t have had any income whatsoever from that paddock. That would have probably resulted in Emma and I not being able to carry on with our agricultural business.”

“That small thing we did by just sowing in faith has enabled Emma and I to continue on during this drought, which has been ever so hard, and to come out the other side and continue to live the dream of being farmers.”

The next leap of faith

“We’re off to a far, far better start this year than last year,” says the ever-positive Amery. During the past week, they’ve received 115 millilitres of rain – that’s 80 per cent of the entire rainfall at the property last year.

“That water will stay in the ground until we want to plant our crops. So it’s money in the bank pretty much.”

Amery believes that the drought is starting to break, although he qualifies: “but I don’t shout it from the hilltops because some of the farmers haven’t got that rain yet.”

For farmers in his local area, the recent rain has been a “massive morale booster” and “a game changer”. 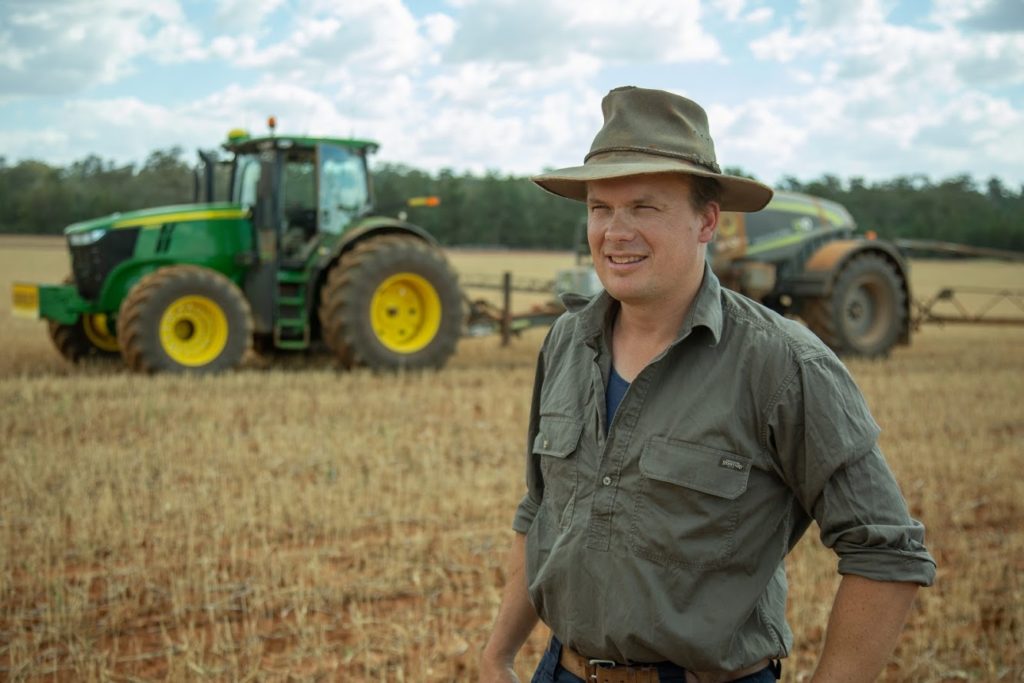 Reflecting on the lessons he’s learned during this drought, Amery says: “It has been really hard at times and very challenging, but I know that God is so faithful and he’s so good. And I also know that I’ve learnt the most important lessons in life when life’s been most challenging.

“I have not wanted to waste such a difficult time by sitting around twiddling my thumbs, waiting for my environment to improve. I’ve been really consciously seeking out what can I do better on my farm; God, what do you want to show me about my heart, what skills do you what to teach me, what do you want to show me to help me to be a better farmer, a better business person, a better family man, a better community man at this particular time?”

While he doesn’t want to minimise the impact of the drought, Amery goes as far as to say that the drought is actually one of the best things that’s happened to him as a farmer.

“I reckon that this drought could be one of the greatest opportunities that I’ll have in my career.” – Jarrod Amery

“I’ve been thinking about this. The drought for some people seems like a waste of time, a waste of effort and a waste of money. But I reckon that this drought could be one of the greatest opportunities that I’ll have in my career.

“The number of things that I’ve learnt – that people have taught me, I’ve taught myself or God’s shown me – turns you into a bigger, better and wiser person.”

Amery says he’s “only on the start of this journey” of faithful living. He is currently waiting on God to direct his decisions about stock purchasing and crop planting in the next month or so.

In summing up, Amery adds: “The crux of it is if you believe that God’s speaking to you, you’re better off giving it a go rather than waiting and waiting to see if it was from God.”

“Don’t just sit around, step out in faith and ask God ‘Was this really from you?’”

With 2019 wrapping up, we took a look back at some of the most inspiring,…

This drought-affected Aussie farmer is seeing the supernatural

In Murrurundi, residents are wishing Jesus would turn wine into water. In the middle of…

One Christian farmer shares her struggles and hopes

Give a gift to women on the land this Christmas

Give a gift to women on the land this Christmas

A ticket to a Christian women’s conference