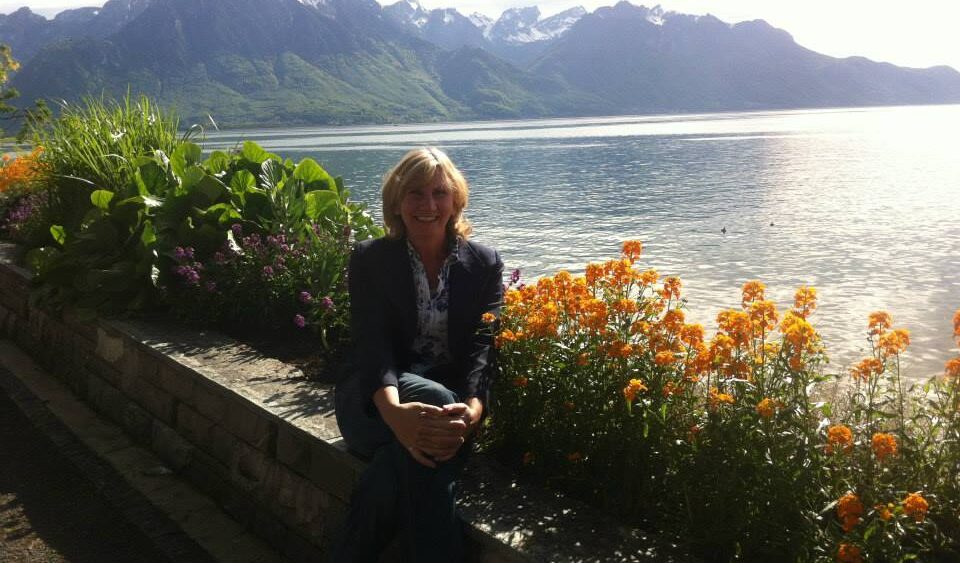 Like many people, Sarah Plummer includes her birth year in her email address. But unlike some, she doesn’t mind that it betrays how old she is. At 52, she is simply thankful to still be here and able to continue her work for the Lord.

“I shouldn’t be alive,” declares Sarah, who is Anglicare NSW South and West’s new executive manager for mission and culture.

I had some really severe pain in my heart, which was unusual.” – Sarah Plummer

When Sarah was a young mum, she suffered a medical crisis that doctors say they have never known anyone else to survive.

Sarah, the first woman appointed as a Senior Chaplain with the NSW Police Force, attributes her survival to prayer.

The story begins in Northern Ireland, where Sarah had flown to attend a cousin’s wedding. She was in the final trimester of her second pregnancy.

“I was in Ireland for two months for this wedding,” relates Sarah. “I had a lovely time with all my family over there and my grandma – she is the most amazing pray-er.

“Then, I went into labour and, in the midst of labour, I had some really severe pain in my heart, which was unusual.

“I [called the emergency number] 999 and they asked if I was an epileptic. I said ‘no’; anyway, they gave me a bit of pethidine and everything seemed to calm down.  My beautiful Kalista was born – a gorgeous, nice big baby girl – and then we had the great fun of trying to get photographs of her for her passport with her eyes open … and when she was 10 days old, we flew back.”

Three days after they arrived home in Sydney, the September 11 attacks happened. Sarah was thankful to have escaped the subsequent lockdown at international airports.

“The family was saying ‘stay just a bit longer’, but just something within me – God was just stirring in me that this is the time to come back. So we did, for which I’m very, very grateful.”

In the ensuing weeks, Sarah had intermittent fainting episodes, but she put them down to the fatigue of being a young mum.

“Then I started to get a little bit of paralysis with that, so one limb would start being a little bit numb for a while and wouldn’t move. Then, it would come back again, so there were intermittent little signals.

In February 2002, while Sarah and her husband celebrated their wedding anniversary at a health retreat in western Sydney, Sarah found she couldn’t walk.

Sarah was absolutely unable to move her limbs.

Her husband took her to nearby Liverpool Hospital, where was she tested for a suspected stroke or MS. The neurologists couldn’t find anything wrong.

“My cholesterol level was three, so I was like 32 years old, really healthy, had no indications whatsoever of heart problems … they thought it was just young mum fatigue, so they discharged me, and I went home.”

Sarah was having morning tea at church one Sunday and chatting to a friend when a sudden pain shot up the back of her head.

“It was just incredibly terrible. I grabbed the pram and walked very clumsily home to lie down, using the pram as a kind of a brace.”

When a friend who was a nurse dropped in to visit, she insisted on taking Sarah back to hospital.

“They did all the tests again, couldn’t find anything again. The doctor’s nickname who was on the ward at that time was ‘God’ – he was very arrogant and focused on all the young med students who were all fussing around. Anyway, he just thought I was a hypochondriac and he told me to walk up and down the corridor and do some exercise.”

“I felt I was in free-fall like someone had thrown me out of a plane.” – Sarah Plummer

As Sarah wobbled up and down the corridor, she felt a weird symptom of being in her body but unable to move. “I felt I was in free-fall like someone had thrown me out of a plane,” she explains.

Just as Sarah finished her tenth lap of the corridor, the doctor noticed her and said, “that’s a very unusual walk.” Sarah exclaimed, “I know!”

She then went into her room, sat down on her bed and had a massive heart attack.

“Both arms went completely white; I couldn’t see the blood in my arms – they were absolutely white. I had a pain in the back of my shoulder blades, but it came right through to my heart and I was thrown back on my bed.”

A cleaner who Sarah had befriended came running in and “started pressing everything and calling for help.” When the medical team came in, they just wanted to give her pain relief.

Despite Sarah’s protestations, they gave her pain relief and took her down to the catheter lab, where she woke up to hear the cardiologist “freak out” and race her into theatre for emergency bypass heart surgery.

“My whole circumflex [artery] and the LAD [left anterior descending artery] had dissected and split open where two massive clots had formed, and then the massive clots caused a massive heart attack,” she says.

“When I had the heart attack, they gave me a blood thinner, not realising it was a dissection.

“I went through 56 units of blood – the amazing miracle stories talk about 34 units of blood, and my parents stopped counting at 56.

“They’d run out of blood in the blood bank and my mum was pleading with people to come and offer blood because they couldn’t stop the bleeding and I had to go back into surgery again. They just didn’t think I was going to survive whatsoever, so they kind of told everyone to come and say their goodbyes.”

The nurses were amazed when a lovely Christian friend of Sarah’s came into the ICU and started singing songs of praise over her.

“She said I was I was mouthing the words of the song in my unconscious state. I had tubes everywhere, my cheeks were blown up with all of the steroids they’d given me, but she said I was mouthing along with her – and this nurse in ICU could not believe that someone could sing praises to God in the midst of seeing her best friend like this.”

“We found out later on that this sent her [the nurse] on a journey to search for God.

“And she actually discovered God – and became a Christian from that event.”

While Sarah was in ICU, her church came together to pray for her, along with another Sarah who had been in a bad car accident.

“They prayed and prayed and prayed for us. They helped look after my two-year-old and my four-month-old baby. I had been expressing my milk and trying to give my milk to the nurses in Neurology ward to feed my baby … but when I had the heart attack, the milk all just suddenly dried up.”

Having never known anybody to survive such a crisis, the doctors decided to turn Sarah’s heart machine off. But after her heart flatlined, there was a little blip and they put the machine back on to give her heart one last chance to kick in.

“That happened over a period of time and then on the third day I woke up from unconsciousness,” she recalls.

“It was amazing to have that incredible moment with Christ.”

After discovering that Sarah’s lungs were full of blood, the doctors drained her lungs and she was able to begin her miracle recovery, although in subsequent years she has had other spontaneous dissections of her uterus and spinal cord.

“It’s been an interesting health journey, but it makes you prayerful; it makes you completely depend upon God for every breath.”

In her career, Sarah has lived out this passion for prayer, as World Vision International’s Director of Prayer Ministries until 2015. In this role she provided mission formation programs for tens of thousands of World Vision staff across the globe

She believes that suffering from a connective tissue disorder has made her passionate about connectivity in the body of Christ through prayer and the word.

“The body of Christ needs to be connected; otherwise it dissects and ruptures and there’s no life.”

“The church needs to be connected and prayer is our amazing connector – you know, we all humbly come before the Lord and seek connection in prayer and that’s the heartbeat of prayer that he put on me, that prayer brings us together with God and with each other.”

Even cancer and suffering couldn’t stop the love of God