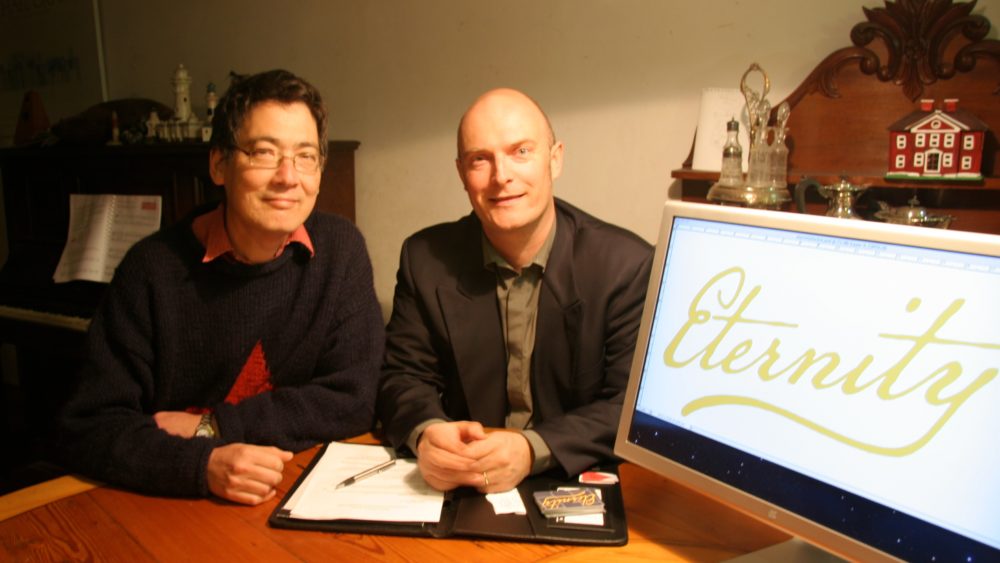 2019 is a special year for Eternity. Earlier this year, we produced our 100th newspaper, and today we turn ten years old. My family is downsizing and while I was searching through boxes of stuff, what turned up were the original Eternity company documents, trademark applications, lists of story ideas and website registration. The paper literally started on my dining room table – which is still with us – and was financed through my American Express card.

Yes, you can start a media enterprise with nothing. David Maegraith, my intrepid co-founder, and I did just that. I am still in shock, although he, sensible bloke, has probably got over it.

Shock because nobody else was turning out a mass-circulation paper for Australian Christians, and so there was a gap. And shock because we are still going – more of that later.

A gap to tell something of what God is doing in our country. A gap for Christian journalism with no denominational axe to grind. A gap for testimonies. And a gap to show that Christians can talk gently to each other when they disagree.

Here’s a secret – a bit of a confession. Looking through my boxes, I came across a copy of the US Eternity magazine – yes, we had a precursor, which was published by Inter Varsity fellowship – sort of like our Australian Fellowship of Evangelical Students. Faced with having to come up with a name for what became Eternity, I thought first of that US mag, and then of the legendary Arthur Stace writing Eternity in chalk millions of times on the streets of Sydney.

Here’s another origin story: I was sitting in a cafe with the then Bishop of South Sydney, Robert Forsyth,  just after receiving a Fairfax scholarship – otherwise known as retrenchment money – and he said to me “You’ve got the ability to do something dangerous.” So Eternity is all his fault.

So, ten years of memories:

• Writing a story for the first edition on church planting – and finding out that there was so much of it that I could not hope to capture more than a fraction of it after spending a month ringing people up.

• Sitting at that dining table ten minutes before a press deadline, negotiating the story of a Christian leader, and turning what could have been written as a scandal into a confession.

• Discovering that missionary stories are like gold, but take a lot of digging.

• Years ago, I helped Sydney minister Dominic Steele start a group called Christians in the Media by propping open a door at Fairfax for Bible studies. He repaid the “debt” by organising a good rental deal at his church in inner city Annandale, and gave me Eternity‘s first writer, Josh Maule.

• Seeing just how far an American Express card could go in setting up a media empire.

• Joining Bible Society, which really made the difference in Eternity surviving. When we started it was strictly month by month.

• The story that took the longest? Digging out the attendance numbers for churches.

Eternity is aware that often we don’t start new things but revive old ones. Take testimonies – stories of people coming to Christ. We want to run them because they point people towards the kingdom and also keep the Eternity news service honest. It’s the most important news story ever. Eternity – we want people to go there!

We love running stories of people coming to Christ in groups – especially events that hint (or loudly shout) revival. Revivals have been reported in Australia for 200 years. We are joining an old tradition when we report one.

Click those links above for some great stories – and there’s more coming up..

Eternity has had great staffers and regular contributors

Karen Mudge on The Hillsong song that every Christian can sing

Kaley Payne On the NRL Players who pray on the field

Ben McEachen with Tess on The Shack

Kylie Beach on The battle Australians don’t want to remember

Anne Lim: I busted up our marriage and God fixed it

Rebecca Abbott on Is there room for Christ on campus?

Tim Costello on Trump and the God card

Roy Williams on What kind of God does Malcolm Turnbull believe in?

John Dickson on The Art of Losing Well

Barney Swartz on We all have bloody hands

John Sandeman: Readers tend to like the media watch genre Here’s one about Channel Nine and C3

Eternity believes reporting stories is useful because God is active and present in this land and through the world.

An Eternity saying: God does not need PR; simple reporting of what he is up to is all that is needed.

John Sandeman is the Founder and Editor-in-Chief of Eternity News. He’s also husband to Bronwen,…