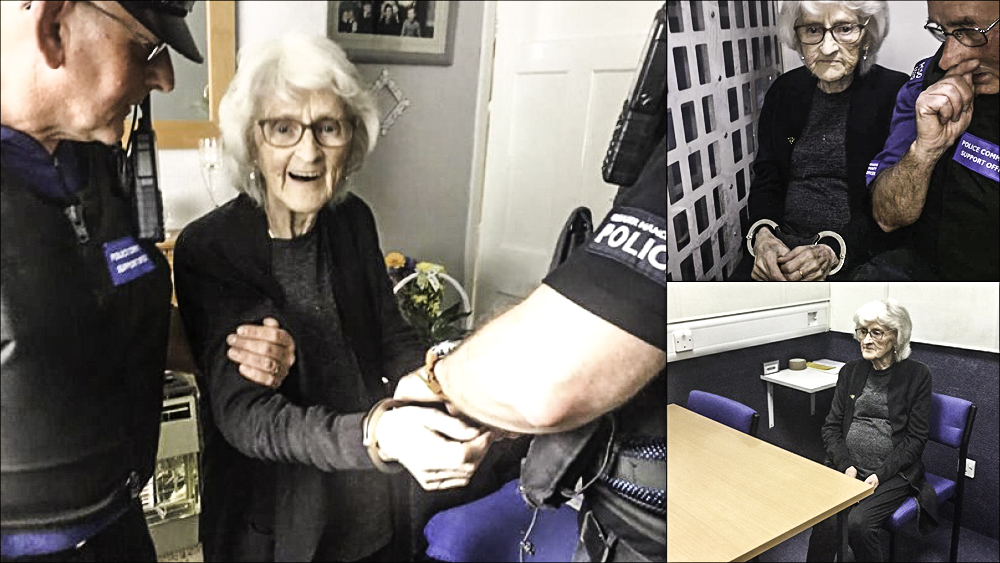 Why this 93-year-old granny was arrested

This week, 93-year-old British grandmother Josie Birds made headlines for being arrested. The frail woman with failing health was hauled from her nursing home in Bristol, handcuffed, in the back of a paddy wagon to the police station.

Before you assume the worst of Birds, you need to know she hadn’t committed any crime. But don’t think the worst of the police, either. In fact, they were actually doing her a favour – by helping tick off a long-held wish from her bucket list.

In tweeting a “thank you” to the police, Birds’ granddaughter Pam Smith clarified her grandmother’s intentions, saying she “wanted to be arrested for something before it’s too late”.

Interestingly, Smith added: “She’s been good all her life (she says …) and wanted to have an experience to remember!”

A big thank you to @gmpolice for "arresting" my Gran Josie today. She is 93 years old and her health is failing, and she wanted to be arrested for something before it's too late. She has a heart of gold and thoroughly enjoyed it today. Thank you for granting her wishes. pic.twitter.com/hi1qkJESwv

So, what is it about “being good all your life” that makes a nonagenarian want to break the mould and act ‘bad’ before they die?

Birds is not alone in harbouring this “naughty” desire. It seems to be a “thing” among women in this age bracket. In 2017, a 99-year-old Dutch woman known only as Annie enjoyed being arrested and thrown into a cell as a surprise gesture from her niece – after Annie had shared this wish with her. After Annie’s arrest, the chief of police shared his detainee’s motives: “Annie explained that she had always been a very good girl and wanted to experience this.”

In March this year – on the International Day of Happiness – 104-year-old Anne Brokenbrow (also from the UK) fulfilled her “biggest wish“: “to be arrested by the police.”

Along with her daring counterparts, Anne’s reason for this wish was because “I have never been on the wrong side of the law.” 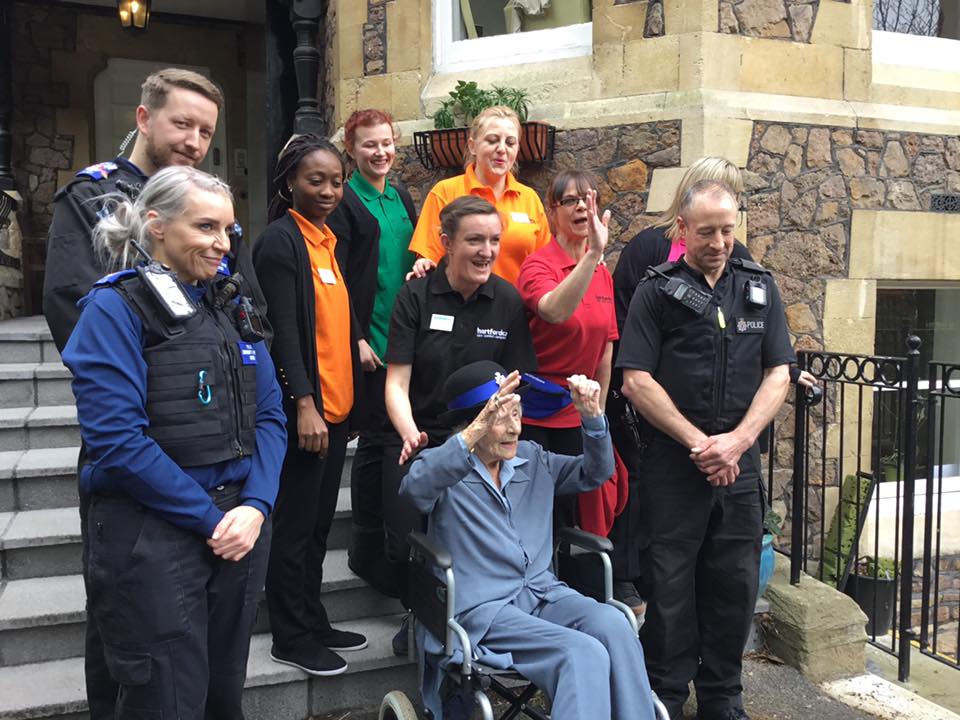 The most intriguing part of the common story of these apparently wholesome ladies is their concept of “‘goodness”. Notably, they all seem to have felt it restricted their lives. While their spiritual beliefs have not been publicly revealed, they obviously all felt a moral obligation to “be good”. So much so they only dared to remove these shackles when they felt it didn’t matter anymore.

Most of us can relate to the oppressive feeling that “being good” can bring, as we remember stern warnings from parents, teachers, siblings and random adults. Most of us can also relate to the desire to let loose and do something wild, such as get hauled off by the cops (especially with sirens blazing). This desire is further fuelled by a society that celebrates “bad boys” and breaking the rules. But the tension to be naughty and nice, to obey and to disobey, has been around since long before the trappings of our culture.

It’s been the in-built condition of every human being since Adam and Eve gave in to temptation in the Garden of Eden. A conflicted state that is summed up perfectly in the New Testament’s Book of Romans, as the apostle Paul describes his own inner turmoil.

On one hand, Paul desires to keep God’s laws but, at the same time, he wants to break the rules. “I do not understand what I do. For what I want to do I do not do, but what I hate I do,” he laments about going astray (Romans 7:15). Sound familiar in your own life?

Sadly, these conflicting desires will live in us as long as we live on this earth. But the good news is that “being good” doesn’t need to feel like an oppressive duty. In fact, for those in Christ, “being good” (or living righteously) is an act of freedom rather than oppression.

That is something of a relief for those of us who are not looking forward to being handcuffed in our nineties.

Paul expresses this a littler earlier, in Romans 6: “For sin shall no longer be your master, because you are not under the law, but under grace”.

Paul does go on to describe Christians as “slaves to Christ”. But this form of slavery is based on an inherent freedom found in willingly offering ourselves to obey Christ and do his will “from our heart“.

In the letter to the Galatians, Paul puts it this way: “It is for freedom that Christ has set us free. Stand firm, then, and do not let yourselves be burdened again by a yoke of slavery.” (Galatians 5:1)

The heart of what Paul is saying is: choosing to do what’s right, to play by God’s rules, is actually an act of rebellion. In the face of a society that celebrates the naughty, the nice guy is, in fact, quite radical.

That is something of a relief for those of us who are not looking forward to being handcuffed in our nineties. It also should relieve us from feeling the burden of having to “be good” in all the days before our twilight years.

You still may not feel like ripping up your bucket list but it’s comforting to know we don’t have to save up being radical until our dying days. For it’s good to get in early, as the Bible reminds us that “no one knows when their hour will come“, let alone “the day or hour” when “Heaven and Earth will pass away“.

Until then, “let us not become weary in doing good, for at the proper time we will reap a harvest if we do not give up.” (Galatians 6:9)

Woman, 93, arrested as a dying wish

Katy Smith is keen to get behind Christian women

And Bono sent a tribute

I still keep a Band-Aid in my wallet, even though my kids are adults. It’s…

John Smith: I asked God to raise up a minister to the bikers - and he told me to do it

John Smith: I asked God to raise up a minister to the bikers - and he told me to do it

What happened when the skinheads attacked the Hell’s Angels