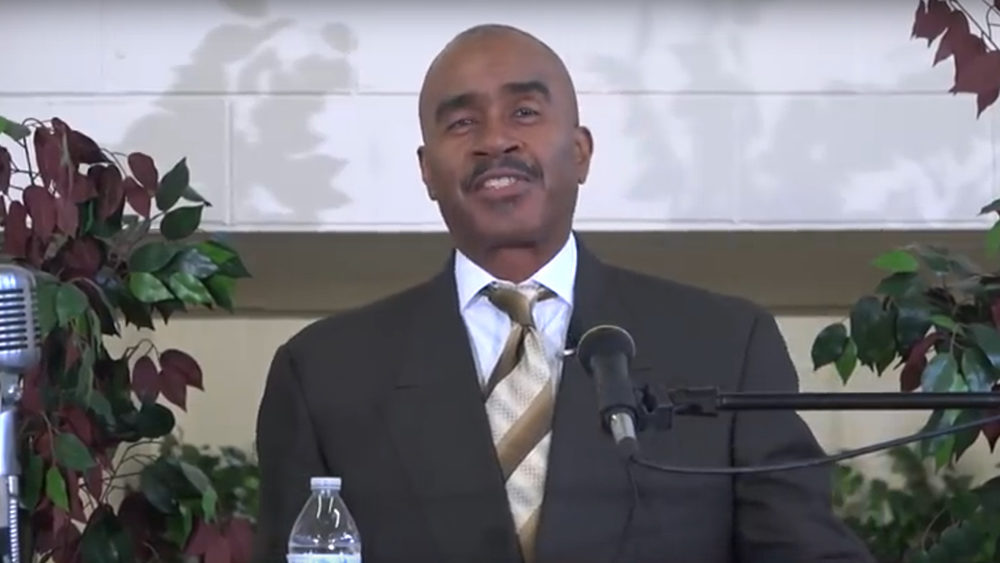 The Trinity, the Christian teaching of “one God in three divine persons”, is mentally challenging for some. For others, it is a source of joy. Maybe it’s both for some of us.

That the Trinity places love at the centre of existence – at the centre of God’s being – was wonderfully brought out in a recent edition of Eternity’s With All Due Respect podcast, by Michael Jensen and Megan Powell du Toit.

They are both wordsmiths and theologians, so it is understandable that other Christians find it hard to find the right words. For example, Bishop T. D Jakes, an American leader who comes from the “Oneness Pentecostal” movement – which, traditionally, has found it hard to accept the ‘three persons in one’ Godhead formula – has moved towards the classical Christian position.

But others resolutely oppose belief in the Trinity. Sadly, this includes, Israel Folau, his father Eni and their Truth of Jesus Christ church. There is also the US Bible teacher they follow, Gino Jennings, who vehemently rejects the Trinity. And the evidence for this being their position is, if anything, getting stronger.

A Facebook group run by the church had posted this during the week.”May God almighty Jesus Christ move you to read this if it is His will. ❤️ You that are believing in the FALSE AND FAKE Trinitarian god/s, you are so far away from the truth. Don’t get angry, but pray to the one true living God Jesus Christ and let His Word speak the truth, that He may reveal the falseness and wickedness of the trinity, and the deception that has been raging for millenia, so that you might escape the eternal fire of hell. Please continue reading God’s Word, because it does not lie and it testifies that God is only One. God is Jesus Christ – not the flesh of the begotten son, but the eternal spirit within the flesh – God Almighty Jehovah Jesus Christ (John 14:10). It is so important that we know who it is we are actually praying to, otherwise we might be simply praying to a god/s that doesn’t/don’t exist (John 17:3).”

“Izzy Real”, a member of the church Facebook group – whom Eternity believes to be Israel Folau – liked this post.

Gino Jennings had a visa denied by the Australian Government, so this week he spoke via the net to the faithful who were gathered in Perth’s Town Hall.

In this video of Jennings’ talk, he claimed that denying him a visa was the work of the devil. He also claimed to be the inspiration behind Israel Folau. “The devil was fighting so much, I am just not willing to tap out,” he said, explaining why he was on a video link.

Talking of Israel Folau, Jennings said “one of the highest-paid sports figures in Australia got a hold of this message, believed it, accepted it, wants to obey it.”

Jennings described the reason Folau gave for taking a stand on the issue of homosexuality: “He said [that] my leader and my teacher in America, pastor Jennings, preaches against it, and he showed us in the Bible. Now I never met the brother, but there are thousands and thousands of followers of the Truth of God message around the world that I have not met … His team fired him, all his endorsements dropped him – but he refused to compromise his stand on biblical principals.”

“Because the devil is fighting so much, I have more of a drive to go to Australia and hop around with the gospel, like a kangaroo in the wilderness.”

In a series of videos, Jennings addressed his Perth audience in terms most familiar to many Christians: “We want to blanket Australia, the whole continent, in every place with God’s everlasting word.” But then he went on to say, “God is making plans for you to meet him. Come out of your man-made religion. Your Baptist churches, and your Protestant churches, and your Catholic churches, and your non-denominations churches and your Presbyterian and Lutheran and Episcopalian and Jehovah Witness; you got all the same rubbish that is here in America. The same religious rubbish is down in Australia … you know they call Australia the land down under. Australia, you better be careful – you might be nearer to hell … you got to put the word of God in your pouch and hop to water … and be baptised in the name of Jesus Christ.”

As explored in an Eternity article by Tom Richards, water baptism “in the name of Jesus Christ” is a requirement for salvation, according to the Truth of Jesus Christ Church.

“You know you have been baptised the wrong way.” – Gino Jennings

Jennings also discussed how the devil has blinded people, and he directly addressed Aussies: “I think about all the brothers and sisters that came to America from Australia just to be baptised. Came all the way from Australia. I think of brother Chris sitting there, next to brother Williams, I first met him [when] he came all the way to Houston, Texas, and in fact I thought he lived in Houston.”

“I talked to him and he asked me about the Trinity. I went and opened it up in the Bible. He said ‘I see there is one God.’ After this, Chris went down into water in the name of Jesus Christ … I thought he came from Houston and he said ‘man, I came all the way from Australia.’  … This message is worth going from one continent to another.

“If I have to go to Africa and wait in the jungle for Jesus to come, it is worth doing it.”

Exhorting the people in Perth to come back the next day, Jennings said to “tell you mother, your father, tell the false prophet you may have for a pastor; tell him to come.”

Criticising a “cheap sinner’s prayer” and “you know you have been baptised the wrong way”, Jennings wanted to set his audience straight.

Its a 60-minute sermon – with two others to come.

*A more detailed article on the view of Folau’s church on the Trinity is here.

Ep 22: Almost one year on, are we any better at respectful conversation?

Ep 22: Almost one year on, are we any better at respectful conversation?

Plus: the one topic both Michael and Megan have been avoiding

Can you love the church and think it sucks at the same time?

Can you love the church and think it sucks at the same time?

Episode 17 of ‘With All Due Respect’