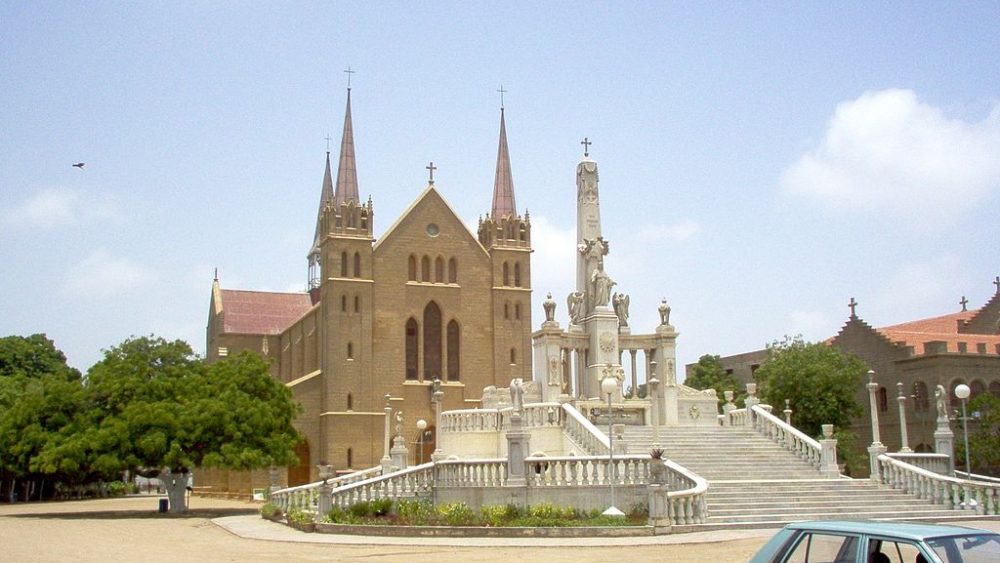 Pakistani citizens must declare religion to apply for jobs and vote

Pakistan’s citizens must now declare their religion when applying for identity documents, or if they want to work in government or register to vote, Islamabad’s High Court ruled on Friday 9 March.

Applicants who disguise their true religion defy the constitution and betray the state, the judge said. Their true religion must now also be visible on birth certificates, ID cards, voters’ lists and passports.

Those who apply for a job in the judiciary, armed forces, civil services and other government jobs also need to submit an affidavit declaring the Khatm-i-Naboowat (that Muhammad was the final prophet), Justice Shaukat Aziz Siddiqui said in his ruling, as reported by Pakistani newspaper Dawn.

“All [the judge’s] specific instructions are about ensuring and finding out who is an Ahmadi,” human rights lawyer Jibran Nasir told Reuters. He said the order would provide the government with lists of who belonged to which religious minority.

Pakistani passports already show the holder’s religious belief. A local source told World Watch Monitor that minority groups, such as Christians and Ahmadis, did not object against this because it has benefited them in, for example, applying for asylum elsewhere.

Christians are already instantly recognisable in Pakistan because of their names.

A previous move by the government in 1992 to try to add citizens’ religious belief to their ID cards, however, was met with protests by Christians, who said they would face economic and social exclusion. The idea was then shelved.

Christians and Ahmadis are two of a number of minority groups in the Islamic Republic of Pakistan, who together make up an estimated 20 per cent of the total – mainly Sunni Muslim – population. The Ahmadis face a lot of discrimination because they are considered non-Muslims; to call themselves Muslim or to refer to their faith as Islam is a punishable offence under the country’s blasphemy laws.

Christians are already instantly recognisable in Pakistan because of their names – men are given the surname Masih, deriving from ‘Messiah’. But this is not the case for Ahmadis, making the new ruling more of an issue for them, as they can no longer hide their identity, nor safely claim to be Muslim.

During the hearings the court learned how a group of 10,000 Ahmadis apparently changed the religious status on their Computerised National Identity Cards to ‘Muslim’ when applying for a government job. They would then change it again once retired.

The court case was opened following a petition by Islamist political party Tehreek-e-Labaik, which opposed a parliamentary initiative to the change of wording in electoral law, suggesting replacing the religious oath with a simple declaration.

The court order will make minority groups even more vulnerable.

The proposed bill, however, also made room for Ahmadis to take part in elections on general seats, even though they are labelled ‘non-Muslims’ in the constitution. Following large-scale protests the government re-instated the original text.

In his verdict the judge ordered parliament to develop legislation and amendments to existing laws “to ensure that all the terms specifically used for ‘Islam’ and ‘Muslims’ were not used by the persons belonging to any of the minorities for hiding their real identity or for any other purpose”. If no appeal is filed, parliament has to follow the court’s directives.

World Watch Monitor’s source said the court only has jurisdiction in Islamabad, so this could be first and foremost a “political stunt”, but “it still sends a strong message how the debate about religion has gone deeper and deeper in Pakistan, and religious minorities, especially Christians, are being affected by this”.

The court order will make minority groups even more vulnerable, according to Nasir Saeed, director of the Centre for Legal Aid, Assistance and Settlement (CLAAS-UK), who told Independent Catholic News the government should rather promote harmony and religious tolerance and establish peace in the country. All Pakistanis, including minorities, need to know they are secure, protected and equal before the law, he said.

World Watch Monitor has reported regularly on how Christians face different forms of discrimination and oppression in Pakistan – in daily life as well through the misuse of the country’s blasphemy law. The Christian woman Aasiya Noreen, popularly known as Asia Bibi, is one of the best-known examples: she has been on death row for blasphemy since 2010.