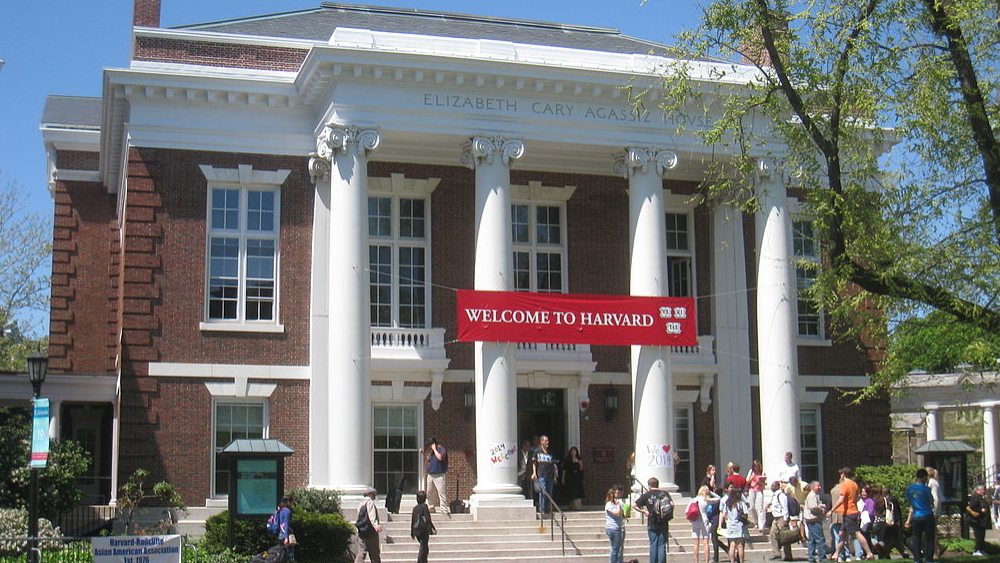 Sexual conduct of leaders becomes a campus case of non-discrimination

A Christian group at Harvard University has been placed on “administrative probation” for one year because they asked a female student leader to resign last year after she revealed she was dating a woman.

The Harvard College of Faith and Action (HCFA) is affiliated with Christian Union, which has groups in all eight ivy-league schools in the United States.

In a statement emailed to the Harvard Crimson (the student newspaper) on Wednesday 21 February, co-presidents Scott Ely and Molly L. Richmond said, “earlier today, we met with an administrator who informed us that the College would place HCFA on probation, citing our relationship with Christian Union as well as our standards for leaders.”

The Office of Student Life argued that HCFA was in breach of the university’s non-discrimination policies, as listed in the Harvard College Student Handbook. The handbook states student groups cannot discriminate on the basis of sexual orientation.

But the leaders of the HCFA do not believe they breached the university’s non-discrimination policy. In an email to The Crimson last week, the co-presidents said, “We reject any notion that we discriminate on the basis of sexual orientation in our fellowship. Broadly speaking, the student in this case was removed because of an irreconcilable theological disagreement pertaining to our character standards.”

HCFA’s character standards do not specifically address or mention homosexuality, but they suggest HCFA leaders should refrain from sex before marriage. This is in line with the Christian Union’s Statement of Ethics which states “sex belongs only in the context of marriage between a man and a woman.”

Ely and Richmond wrote: “Our theological view is that — for professing Christians who are in leadership — celibacy is the only option outside the bounds of marriage. We have applied and do apply this policy regardless of sexual orientation.”

This is not the first time university Christian groups have come under fire in the United States.

The female student leader shared her story with The Crimson, describing meetings with ministry fellows who “sought to understand the current status of the woman’s same-sex relationship and how it had developed.”

A couple of weeks later, ministry fellow Anne Kerhoulas wrote an email to the Bible class that the woman was teaching, Kerhoulas announced the woman would be stepping out of her teaching role for the class. She wrote that “it has been a hard couple weeks as we arrived at this decision, but I, the staff team, and the executive team all believe that this is the best and appropriate step.”

The woman wrote in the same email: “In light of [my same-sex relationship], I have been asked to step down from my leadership position … I cannot express how much this saddens me.”

This is not the first time university Christian groups have come under fire in the United States. InterVarsity Fellowship (IVF) has been battling similar situations for a number of years, with groups derecognised at Vanderbilt University as well as a number of other institutions. A 2014 decision to derecognise all IVF chapters at California State University was reversed in 2015.

Christian groups at universities in other countries, including Australia, have faced similar challenges during the past few years. In the UK, a Christian Union at the University of Oxford was reportedly banned from having a stall at a Freshers’ Fair (O-Week) in 2017, after concerns that “the presence of the CU alone may alienate incoming students.”

In Christchurch, New Zealand, the University of Canterbury removed all religious stalls from campus during Orientation Day. The directive came from university security, but the reason why is unclear.

Back at Harvard …. the HCFA will need to demonstrate they are in compliance with the University’s non-discrimination policies.

In 2016, a five-year tussle between the University of Sydney Union (USU) and the Sydney University Evangelical Union (SUEU) reached an impasse. The USU unequivocally stated that the SUEU must remove the requirement for members to sign a faith-based declaration, and threatened them with deregistration from the clubs and societies programme if they failed to comply by 31 March, 2016.

At a meeting, student members of the SUEU voted 71-1 to not remove a clause from their constitution that requires students to sign a faith-based declaration in order to become members. On 21 March, then president of the SUEU George Bishop said they received an email from the USU saying, “the process of deregistration of the SUEU had been stalled, while the USU reconsidered its position.”

An official USU statement later read: “After long and thoughtful consultation with our religious communities on campus, the University of Sydney Union Board of Directors resolved at the April Board Meeting to amend the C&S Regulations to allow faith-based declarations as a condition of membership and Executives of faith-based clubs registered under the USU C&S program.”

Back at Harvard, should the HCFA seek re-registration next year, they will need to demonstrate that they are in compliance with the University’s non-discrimination policies.

The outcome of student controversy at Oxford will shock you

Here are two love stories that prove it

When Rachel Colvin, a teacher at Ballarat Christian College, refused to sign a new statement…