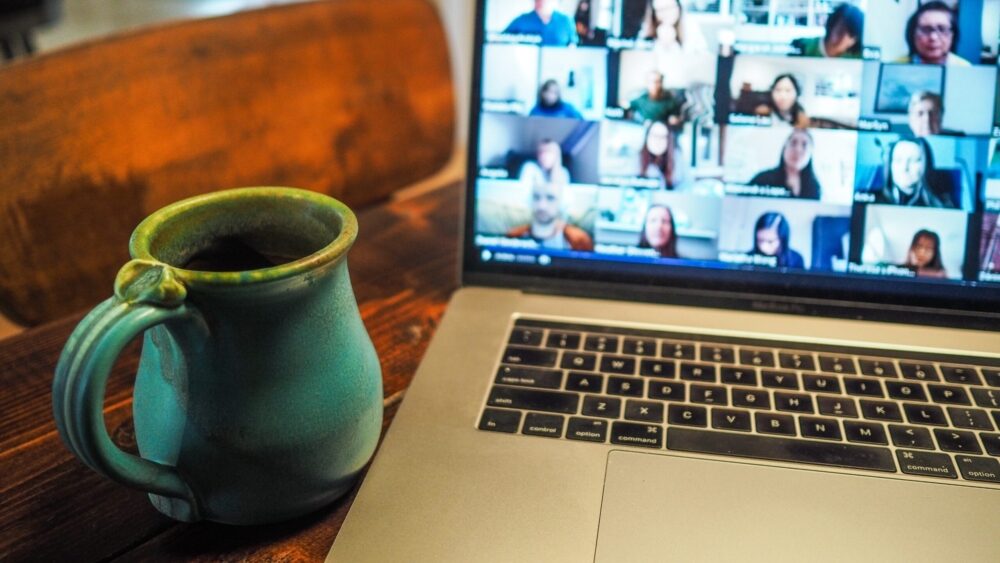 Technology: from foe to friend

For the last decade, we’ve expressed anguish over how devices are destroying our relationships. In a 2017 article in The Atlantic, the US sociologist Jean Twenge provocatively stated that most surveys of teens and their use of technology pointed to the reality of “a lonely, dislocated generation.”

There have been bouquets in the rubble of this mess.

And in our desperation, the tools of technology have become a lifeline for connection. Especially at the recent peak of the coronavirus restrictions and social isolation.

My son could no longer hang out in a playground. But he socialised with his mates over Discord (what a name for an app that connects people!). Surprisingly, it’s been looking like he will come out of this crisis with stronger friendships. My daughter played Skribbl.io with friends over Zoom. Some of those friends are interstate and overseas. For myself, I participated in four different game nights with friends I might normally see once every three months. There have been bouquets in the rubble of this mess.

Yet, for all my success in connecting over technology during COVID-19 pandemic, I’m still an awkward character. Nowhere is this more painfully obvious than my expressing affection from a distance. Let’s be honest, Zoom does a passable job at keeping me efficient. But my microphone is muted when it comes to saying how much you mean to me. It turns out that Zoom is not one of the five love languages.

I find myself put to shame by the apostle Paul.

The Apostle Paul’s life was filled with long-distance relationships. The reason there are 13 ancient letters from this apostle are because he needed to find ways to be present in the lives of his churches, even when far away. Like most ancient people, he preferred face to face. But when that was impossible, Paul’s way of being present was by writing letters.

Letters were expensive and time-consuming. There were long delays in communication between author and recipient. Little wonder, then, that Paul’s letters are task focused. But sometimes, and more often than you realise, Paul spends precious space on expressing affection.

As exhibit A, I point you to the end of 1 Thessalonians, chapter two. Paul is addressing a freshly formed gathering of Christians. As one of the founders of this gathering, this church, Paul had been forcibly separated by an outbreak of local hostility (you can read the details in Acts 17:1-9).

At best, Paul has probably had a few months to try and teach these people the basics of the Christian faith. So, he writes a letter. There is so much that probably needs to be said – questions that need answering, content not yet covered.

But Paul makes sure to waste some space on expressing affection. Here is just one example: “But, brothers and sisters, when we were orphaned by being separated from you for a short time (in person, not in thought), out of our intense longing we made every effort to see you” (1 Thess 2:17).

When Paul says he feels “orphaned,” it calls to mind the image of having your child torn away from you – like those enforced separations which still so painfully occur in our day. He wants his people to know that they’re never forgotten. But it’s more than that, because he goes on to say he intensely longed to see them, and he made every effort.

Presumably Paul could have just stated that he wanted to visit. Instead, he spares no adverbs or adjectives. He didn’t just want to be with them, he intensely longed for it – he didn’t make an effort, he made every effort.

We need to cultivate the inefficient practices of love.

Paul verbalises his affection. Yes, there are other agenda items requiring urgent attention. But not at the expense of letting his audience know that they are his “glory” and “joy” (1 Thess 2:20).

“People don’t care how much you know until they know how much you care.” It’s uncertain who actually coined this truism – Teddy Roosevelt? John Maxwell? But whoever the author, its aptness remains. In these days when we all have had to love from a social distance, it’s been a challenge to intentionally voice affection. Not just concern but affection.

In all our quests for digital productivity, we need to cultivate the inefficient practices of love.

In his book The Tech Wise Family, Andy Crouch states: “Any sort of mediated presence is the palest shadow of what it is like to be with another person in person – that is, present in the fullness of what our bodies make possible.”

This is all too true. As yet, I still don’t have those embodied moments of bumping into workmates in the lunchroom, seeing colleagues laugh and cry, or observing tired shoulders as they slump into chairs.

So while technologies are only a pale substitute, I find Paul’s example of loving across a distance a salutary reminder that one needs to waste space, and time, not only to ask “how are you doing?” – but also to say how much we long and look forward to reuniting in person.

Dr Mark Stephens is senior research fellow at the Centre for Public Christianity.

Coming to terms with Christian leaders who do terrible things

Coming to terms with Christian leaders who do terrible things

“The evil that men do lives after them. The good is oft interred with their…