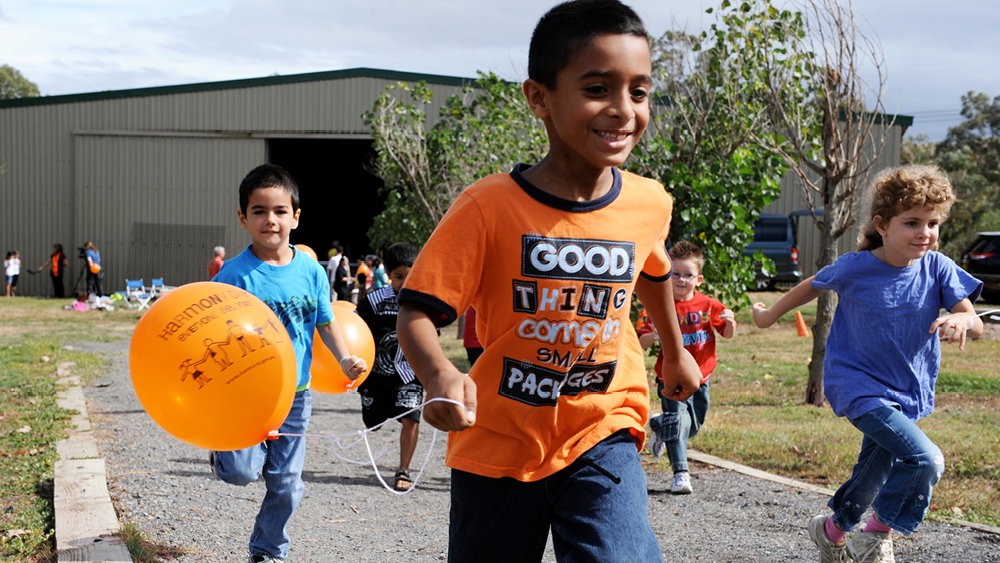 Let's talk about the 'child migrant'

Lucy Gichuhi on forgotten citizens of the world

Every day, I marvel at God’s wonderful creation. If I were to pick an eighth wonder, it would be the Australian nation; why is this? It’s because of its multi-ethnic nature and way of life. It’s the nature of a migrant nation. In parliament, we debate about migration and migrants until, unfortunately, the very process that God has used since time began becomes politicised.

I am Australian, but it is obvious that I wasn’t born in this country. I am a migrant from Kenya, Africa but it wasn’t until recently when I was selected to represent my state of South Australia and my citizenship came into question that I discovered I was actually born a Briton.

I have noticed a phenomenon that we rarely talk about – the “child migrant.”

Coming to terms with one’s identity can be a distressing and most uncomfortable process as a sense of belonging is a foundational component of our sense of self. This awareness was heightened when I landed in Australia in 1999 with my husband and three young children. At the time, African migrants were visibly lacking in the streets of Adelaide.

Of course, I knew what I was getting myself into when I made the decision to move away from the culture I was raised in to come here, but that does not mean the transition was easy. I discussed some of the challenges and sometimes hilarious moments that we faced in my maiden speech.

As I have been reflecting on my journey, I have noticed a phenomenon that we rarely talk about – the “child migrant.” My daughters were children when I made the choice to migrate, yet they had no choice but to come with me and live in this country. Others are born to first-generation migrants and they still face cultural challenges. It is this group that I want us to think about and pray for so that God will grant them strength and courage to remain true to who they are and who they are meant to be.

I reflect on the wisdom of Daniel, whose experiences I can relate to and whose words I believe show some wonderful examples of how to overcome difficult times in a new cultural environment.

To begin with, Daniel’s move to Babylon was not voluntary; he was captured and exiled as a slave by King Nebuchadnezzar. Daniel was from an aristocratic family in Judea and had lived a privileged life. When he was captured, he was alienated from his family, his nation, his culture and his way of life and even his name. He was introduced to a strange culture that defied what he had been taught and believed and he was given a new Babylonian name. Without doubt, these were difficult times for a young teenager.

Despite the obvious physical and cultural differences, Daniel, who was from Judea, still managed to thrive in the land of Babylonians. A gifted young man, he was chosen to serve in the royal palace. Daniel and his friends from Judea underwent an intensive training period. They were educated in the language, literature and culture of Babylon, gained knowledge and learnt good judgment, which made them qualified to serve in the king’s palace. The Lord gave them supernatural ability to understand.

Instead of wallowing in self-pity or rebelling against the Babylonian king, Daniel and his friends chose to put their talents to good use. In time, Daniel’s achievements allowed him to be promoted. Later, he served as ruler over the whole province of Babylon as well as chief of all the wise men.

Our heavenly Father has used the process to teach, refine, influence and transform individuals and nations.

Daniel’s influence was so great he appointed his friends, who shared the same values as he did, to be in charge of the affairs in the province of Babylon.

Daniel, just like other biblical characters such as Abraham, Joseph, Esther, and even our Lord Jesus Christ, all experienced exile. Our heavenly Father has used the process to teach, refine, influence and transform individuals and nations. Joseph named his second son Ephraim because God caused him to be fruitful in the land of his affliction.

I ask – what excuse do we have not to thrive? Our heavenly Father weaves his divine purposes in Australia through all individuals – including migrant children who had no say in coming here and their parents – and opens opportunities they never had.

Daniel and his friends overcame loneliness, jealousy, treachery, threats of death by fire and lions, temperamental and vicious rulers, and many other challenges because they cooperated with God, who had caused them to be fruitful in the land of their affliction.

He is ready, willing and able to do the same for us.

Lucy Gichuhi is a Liberal Party senator for South Australia.

‘As a servant of this nation, one of my most important roles is to motivate and inspire people to be all they can be.’

The interview is different from the start. It starts with an intense prayer time, which…

In the lead-up to the recent federal election, the Director of Ministries in the denomination…

In an article from “The Conversation”, a news service provided by universities, researcher and psychologist…