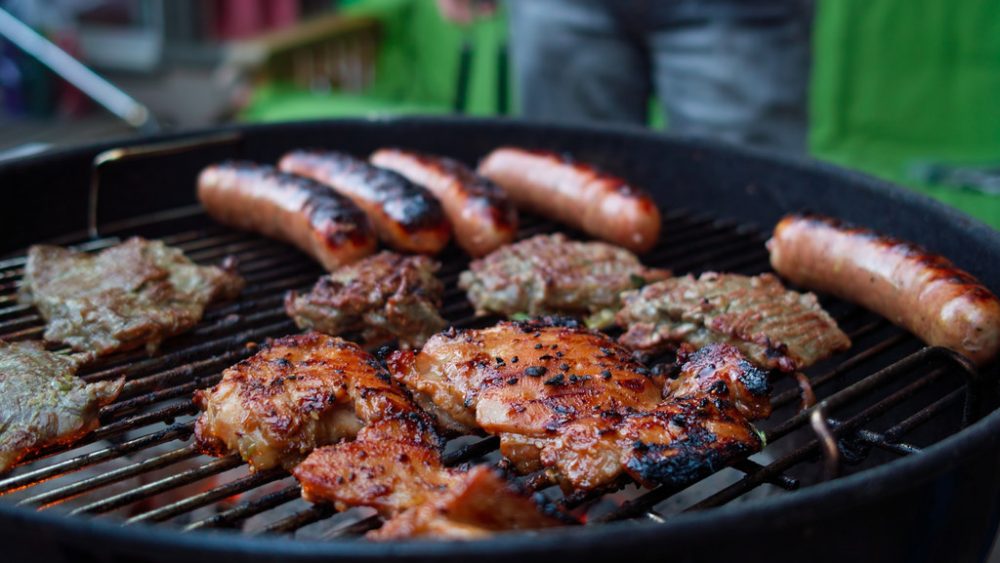 Can we discover the meaning of life around the BBQ?

Like a rapidly poured lemonade, Australian political gas has bubbled up yet another discussion about ‘values’. This is completely understandable, given the changing backgrounds of Australian citizens over the past century or so. Who are we? How united are we in how we think of ourselves as a nation? While we wait for the 2016 census data to emerge, we can still toss these discussions in to the air and see where they land.

Politicians from the Prime Minister down have been talking ‘values’ as shorthand for several abstract terms, among which you would have to include beliefs, ethics, policies, laws, and most Australian of all, the ‘vibe’. It’s a philosopher’s dream to untangle these terms and a commentator’s dream to find a soundbite that does the trick. But they are very resistant to analysis and most efforts to do so default into one political corner or another.

Taking an historical approach to this has its benefits. If we can show where a value came from, we may be able to say more about whether it is still suitable today. Unless all values are universal, history will make a large difference to the values we seek in Australian community life in mid-2017.

And clearly all values are not universal. To give a clear example, in India a cow is valued culturally and spiritually in a different way to how it is in New Zealand or Fiji. Why? Because the view of the cow has come from a previous view about the nature of the world, the specialness or otherwise of human beings, the nature of the spiritual realm, and what happens to your body and soul as time unfolds.

In short, we are talking about an historical worldview. Worldview is a concept celebrated in European thinking in 17-19th Centuries and clarified by philosophers such as Kant and Hegel. But that hefty heritage shouldn’t put us off: it’s a handy way for today’s debate to make progress.

For sentient beings, these are the things that occupy our minds, whether constantly for some of us, or now and then for people less bothered.

Worldview thinking makes the assumption that everyone holds views about serious, unavoidable issues of reality. And these views haven’t just popped into people’s hearts and minds; rather, they emerge from the historical stream in which people find themselves. These ideas usually include a view on the essence of the world, the essence of human beings, what happens to humans and other life beyond death, what distinguishes right from wrong, and whether there is a God and the nature of that God.

It’s hardly a BBQ conversation list, and yet it should be. For sentient beings, these are the things that occupy our minds, whether constantly for some of us, or now and then for people less bothered. Definitely at your mother’s funeral, or when you stand before the magistrate, or when your baby dies in childbirth. Definitely in quiet moments with a best friend and the second glass of red. Definitely for everyone at some point.

Values emerge from worldviews, and we need to get into the details of these worldviews if we are ever to build a society that works. Because people genuinely have different worldviews. They have different historical shaping, different experiences, different ‘inputs’. They genuinely disagree on the answers to these big, serious questions. And these genuine disagreements generate different values, beliefs, ethics and yes, even vibes.

Australians disagree on these things, perhaps more now than fifty years ago. It’s ridiculous to pretend otherwise, as doctrinaire secularism attempts to do. We can’t pretend we all agree on all things, or even most things. We can’t, as I heard one radio commentator say, “just go with our collective gut’. We have to find a way to enact society without having those agreements in place. Or better, we have to enable a discussion where we can assess whether one worldview has more going for it than another.

Overall, parliamentary democracy does a fair job of this, as does the rule of law. And that’s pretty much all we have as a body politic. The rest is up for BBQ discussion. And it also highlights the need to allow muted voices to be part of that discussion. Voices that are disconcerting to hear, voices that people react against viscerally. This will include the voices of religion, of ancient texts, of supernatural thinking. Such views are often received like alien intrusions in contemporary Australian discussion, but the ‘aliens’ must be heard. They might just be closer to reality than the noisy earth-bound folk think.

Plus, Megan and Michael discuss ‘The West Wing’ and idealism in politics

The road to advocacy: hundreds of Christians meet with politicians in Canberra

The road to advocacy: hundreds of Christians meet with politicians in Canberra

The Aboriginal hero who stood up to Hitler

The Aboriginal hero who stood up to Hitler

On the 80th anniversary of Kristallnacht – November 9, 1938 – Eternity pays tribute to…