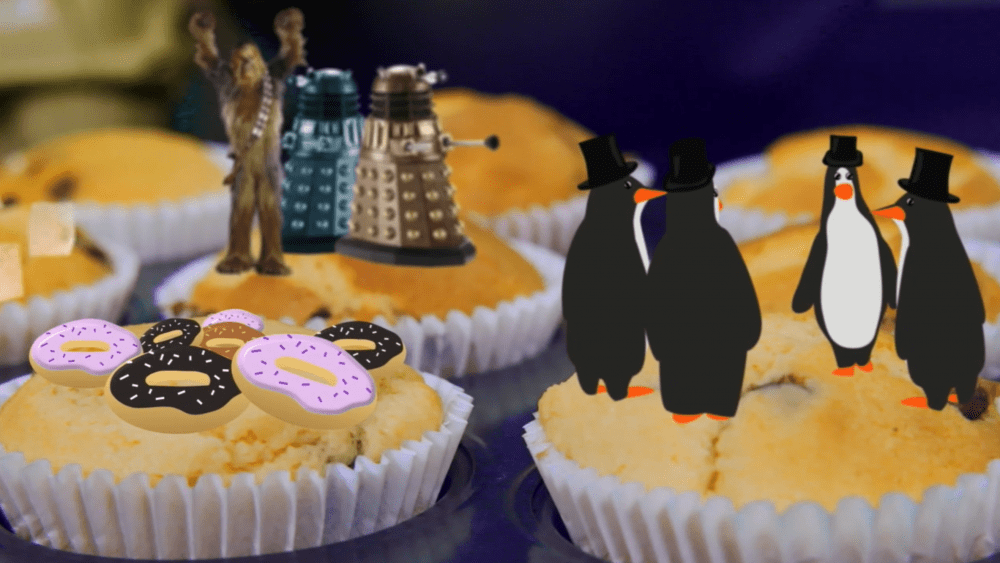 Do you want to live in a world ruled by penguins wearing top hats?

Is the universe finely tuned as many Christians assert – and what does it mean if it is? That’s the subject of a no-holds-barred arm-wrestle concealed in an academic book A Fortunate Universe by an atheist and a Christian who both work at Sydney University’s Sydney Institute for Astronomy.

Luke Barnes uses the metaphor of baking a cake to introduce fine tuning in our video – and it is also in the book.

“Like a Bach fugue, the Universe has a beautiful elegance about it, governed by laws whose mathematical precision is meted out to the metronome of time,” is how Nobel Prize winner Brian Schmidt of ANU puts it in his introduction. “These equations of physics are finely balanced, with the constants of nature that underpin the equations tuned to values that allow our remarkable Universe to exist in a form where we, humanity, can study it. A slight change to these constants …. we have a cosmos where atoms cease to be, or where planets are unable to form. We seem to truly be fortunate to be part of Our Universe.”

The combatants are Luke Barnes, the Christian (University Medallist, post-doctoral researcher) and Geraint Lewis (his professor at the Sydney Institute for Astronomy). Both are armed with Cambridge PhDs.

They take us on a journey to the fundamental building blocks of the universe – the 12 basic particles (and their anti-matter twins). Luke and Geraint then play with the reader’s brain by suggesting what would happen if we changed the mass of these basic particles. For example, they explain that increasing the mass of one particle, the quark, by a factor of six would mean that protons can’t form. The result would be no atoms, no chemical reactions, “just endless featureless space filled with inert boring neutrons.”

We meet the four fundamental forces – the strong nuclear force that binds nuclei together (eggs), the weak nuclear force that governs the decay of subatomic particles (sugar), gravity (flour) and electromagnetism (milk). Changing the fine-tuning between them determines what sort of universe (cake) we get.

“But what if we changed the recipe a bit,” Luke asks in the cake video.

“Fine-tuning suggests that, at the deepest level that physics has reached, the Universe is well put-together.” – Luke Barnes

The balance of four forces determine how much of each element (formed by nuclear reactions) we end up with in our universe – or what our cake is made of.

Gravity determines how quickly the universe expands and cools. Electromagnetism and the strong force need to be balanced to allow nuclei to form in just enough heat. The weak force is needed whether or not we have the neutrons we need to build the heavier elements.

Not enough nuclear reactions and our universe cake is made of hydrogen, and “we’d still have galaxies and stars”. If nuclear reactions were too efficient the hydrogen would be all used up. This would mean no water, very few carbon-based molecules. No cake for us.

Surprisingly there is just about the right amount of radioactivity in the earth. As uranium 238 decays to lead, each step injects energy into rocks inside the Earth. This heating has kept the earth from solidifying, preserving its magnetic field, which protects us from the solar wind. Too much heating and the earth would have a molten surface. Turns out that a little radioactivity is good for our cake.

So as Luke puts it, change these forces and you could get a different universe: “one with purple stars or square galaxies, or one with daleks and wookies, or a universe where dinosaurs still exist. Or where donuts rain from the sky and where the world is ruled by penguins wearing top hats.”

“Our Universe has the very rare talent of providing for the existence of intelligent, moral agents.” – Luke Barnes

At the end of Luke and Geraint’s book they have a conversation about the implications of a fine-tuned universe (after 300 or so convincing pages).

“Fine-tuning suggests that, at the deepest level that physics has reached, the Universe is well put-together,” says Luke.  And he reaches for one of the classical arguments for the existence of God – the argument for design. And despite the idea of many universes, and the argument of God being the first mover – there’s no hint in all these arguments that the universe has simple existed from forever.

And then they return to fine tuning: “Fine-tuning shows us a feature of the laws of nature – as we know them – that seems surprising, something about the equation that cries out for further explanation,” explains Luke. “Our Universe has the very rare talent of providing for the existence of intelligent, moral agents: life forms who are conscious and free, who can live, learn and love, who can think about mathematics and music, who can investigate their universe, who can make significant moral decisions, choosing to do good or harm to one other, who can communicate, cooperate and develop a moral character.”

Geraint sticks to the alternative theory of naturalism – the laws of science including fine tuning just are, there is nothing that explains them. He is concerned that arguing that fine tuning points towards God may turn out to be a “god of the gaps” theory in time.

Luke again: “Theism, by contrast, offers an explanation where naturalism and science can offer none. It has a hot tip, betting heavily on the tiny subset of universes that permit embodied moral agents. It wins more when this Universe turns up.”

Editors note: Luke and Geraint have conducted their discussion from within a scientific community, which accepts a universe that is 13.5 billion years old. Some Eternity readers will have other ideas about origins. We respect all Christians views on this topic. Exploring the idea of the fine-tuned universe from within the mainstream scientific viewpoint is a conversation that leads in good directions.

Episode 21 is all about beauty, joy and music that speaks to our souls. For…

The first pure mathematician to win the Prime Minister’s Prize for Science, Cheryl Praeger, has…