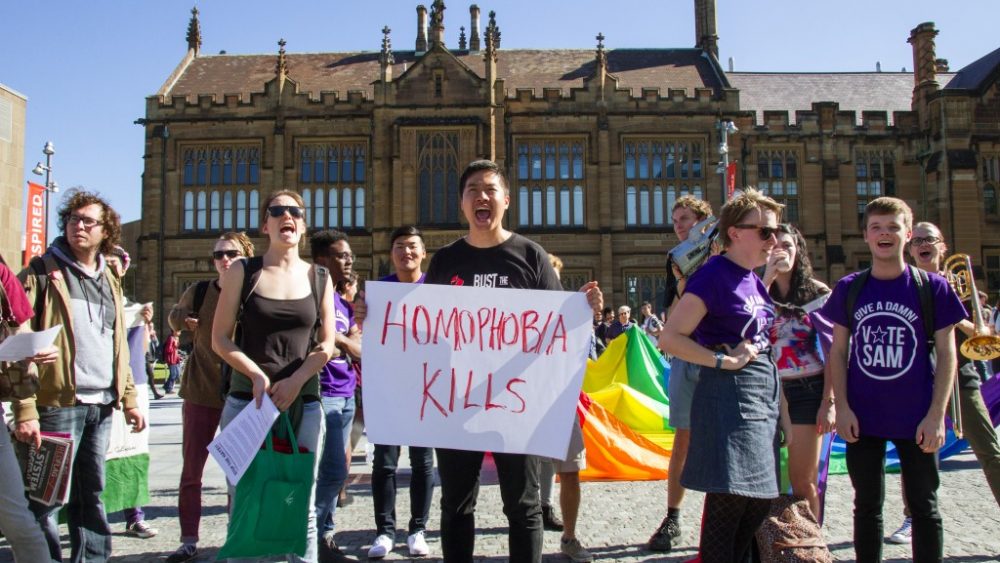 The protesters from various groups on campus attempted to disrupt the meeting, held by Sydney University Catholic Society as part of a weeklong series of events on issues concerning life and the human condition. The events come in the same week that the Sydney University Union (USU) backed down on removing faith-based membership clauses for religious societies, including the Catholic Society. The USU Board, in a statement, said it was proposing the establishment of an ongoing “Faith Roundtable” to promote greater interfaith and intercultural understanding.

Constant heckling, catcalls and booming megaphone speeches failed to silence Parker, who insisted he loved his brothers and sisters outside the tent just as much as the audience inside the tent.

“It’s not us and them – we’re all in this together,” he declared. 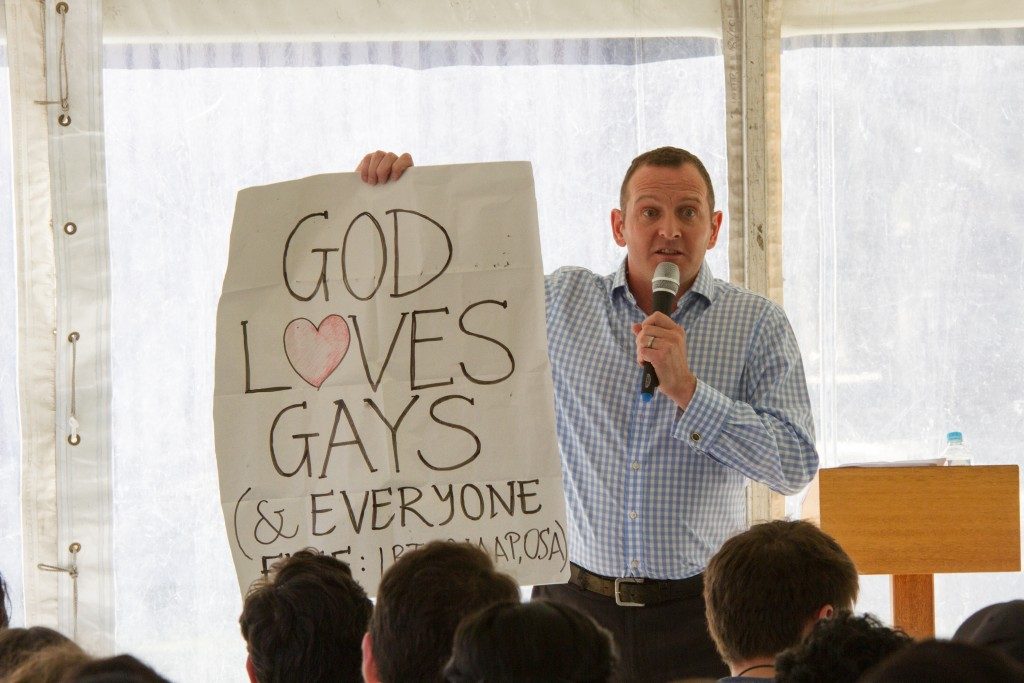 Many protesters sat on a rainbow flag or carried banners saying “Homophobia kills” as Packer told his story of how he had left an out-and-proud gay lifestyle after Jesus “shed his light into my deepest darkness” and answered a deeper call within him.

Parker had been happily living with his “Mr Right”, Steve, when he made a commitment to Jesus Christ.

After noticing the change in his partner, Steve also went along to church and was “deeply touched by the word of God”. They became the model Christian gay couple, but “slowly and surely another man got my heart,” Parker said.

“I had to leave that relationship because the call from Jesus was a greater love.”

Parker said Christians from across the denominations told him he was mad to leave Steve, but he felt the relationship was “no longer answering that deeper call within me.”

While living as a single man, his world began to open in a new way when he began treatment with an “amazing therapist and prayer guide.” He stressed that this was not gay conversion therapy but standard psychological therapy.

During his therapy, he was able to retrieve memories of being sexually abused for three years by a teacher at primary school and a family friend, and the therapist was able to help him grieve for that trauma.

He realised “deep in my heart” that, having been abandoned at birth by his mother, he was at war with men and had grown deeply into the feminine as a way to demystify men.

“I thought of myself as a woman,” he said. 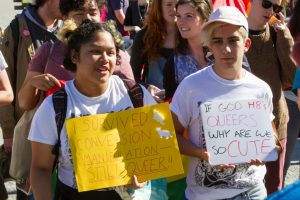 “I asked God to flood me with the truth of who I am, the man I was made to be, the real man … I began to blossom and become all that I desired to be.”

For about ten years in London he ran a spiritual support group for gay men, which he called “ten of the most glorious years of my life.”

After going through a period when he felt almost asexual, but developed deep, loving, non-erotic relationships with men, he began to see women in a new way, to appreciate their curves and long hair.

“I was scared stiff,” he said.

“Unquestionably my identity was gay.”

Parker married about ten years ago and has a daughter, though he calls himself a “rubbish dad.”

When Parker declared that he now believes that there is a complementarity between man and woman which allows him to be loved for who he is, students at the back of the crowd yelled “Shame!” “Shame!”

Parker will speak again tomorrow at 1pm at the University of NSW.

Images courtesy of The Catholic Weekly.

Struggling young writer DJ Havel is stuck. She’s pregnant, on a deadline and reeling from…