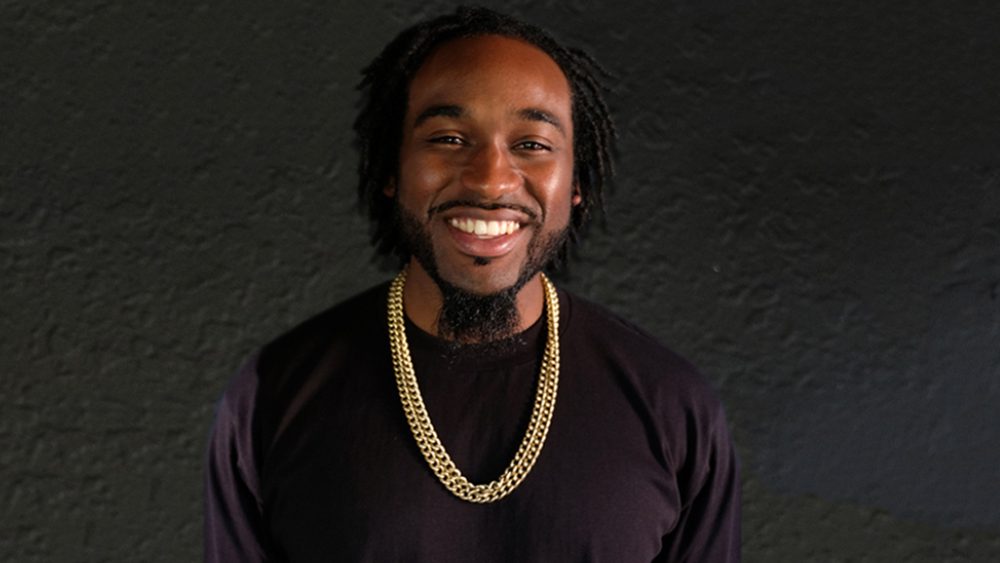 Micah Bournes doesn’t do Christian poetry – poetry doesn’t have a soul, he quips. But he is a Christian poet. That doesn’t mean that everything he writes is family friendly. The Bible isn’t PG-rated, after all. What turned him on to spoken word poetry in the first place was its raw honesty. He believes Christians are not very good at being honest about the uncomfortable realities of life.

A Christian “from the womb”, the 29-year-old from Long Beach, California, writes searching poems about authentic ways to live out the gospel. But he also writes poetry that expresses people’s deepest spiritual wounds. And he believes these poems bring as much glory to God as those that mention Jesus.

“To me it would be tragic if I only preached about things that were considered Christian in the sense of safe for the whole family,” he says.

“The Bible is far from PG – it is very broken people created in the image of God sinning hugely.” – Micah Bournes

“That’s what we mean by ‘Christian’ – we mean PG, we mean appropriate for eight years old and younger and I’m, like, ‘If I’m going to faithfully create art about the whole of my experience … it is not going to be PG, it is going to be R-rated at times – if I’m being honest about what I’ve seen, about what I’ve done and about what I’ve been through.

“The Bible is far from PG – it is very broken people created in the image of God sinning hugely … killing people, committing adultery and finding hope and love and forgiveness in the truth and the love and the person of God.”

Bournes finds it sad when organisers of Christian events ask him not to perform his poem about a friend struggling with suicidal thoughts, called Mowgli’s Confession – “and I’m, like, ‘do you know how many people in your church want to kill themselves?’”

Speaking to Eternity during a recent trip to Melbourne to perform at The Justice Conference, hosted by Tear Australia, Bournes says he discovered the power of poetry as a teenager through his love for hip-hop.

“There were all these negative stereotypes about hip-hop so I loved it like a guilty pleasure, but now that I’m older, retrospectively, the thing I loved about rap lyricists, what I appreciated was the turn of phrase, it was the metaphor, it was the alliteration – it was all of these poetic devices they were employing,” he says.

“When I was in university my first year I started writing rap songs, and at the time I didn’t call it poetry, I didn’t call myself a writer, I called myself a rapper.”

“I thought poetry had to be Shakespearean, I thought it had to be big words and antiquated English.” – Micah Bournes

But then one Tuesday night during his second year at Bible College he was invited to an open mic session at The Poetry Lounge in Los Angeles.

“I thought, I didn’t like poetry because … I thought poetry had to be Shakespearean, I thought it had to be big words and antiquated English and always super-metaphorical … And so, I wasn’t really interested in that because I didn’t connect to it.”

But that night he heard spoken word poets of all different ages and ethnicities sharing their stories in common everyday language and he decided “I want to do this.”

“I was like, ‘yo, but is that it? Like, is it just getting it off our chest? Is there no step after that?’ And so I was, as a person of faith, motivated to say, ‘hey, is it possible to be this honest?’ Because I found in a lot of expressions of Christian community and Christian faith that honesty isn’t allowed at all.

“However, I don’t believe that it’s just getting it off your chest. I believe there’s things after that we can do to move towards healing and hope. So that was another motivation.”

“Loving does not mean always having positive, happy feelings towards people.” – Micah Bournes

As an African-American, Bournes has faced racism and prejudice. And while he knows as a Christian he is meant to turn the other cheek and forgive, he does not believe anger is ungodly. Far from it: he believes it’s important to get angry at the things that make God angry. He questions the heart of any Christian who doesn’t feel anger when they see injustice.

“So for me, instead of trying to act like, ‘Oh I have to be this good Christian and love my enemies,’ loving does not mean always having positive, happy feelings towards people,” he says.

“Loving means wanting people to know the truth and to love them enough to courageously correct and rebuke them when they’re straying from the truth. That’s part of loving too.”

“I can’t just be in fellowship with my racist white Christian brothers and sisters without acknowledging the anger I feel.” – Micah Bournes

This is why in his poetry Bournes will often turn the tables on the type of Christians in America who support things he considers ungodly, such as racism and prejudice.

“There’s been a lot of anger in the tone of the newer things I’m writing, but it’s always in love and it always ends in a call to repentance and ends in hope,” he says.

“But I can’t be at peace with you if I do not acknowledge as a black person, as a black American, I can’t just be in fellowship with my racist white Christian brothers and sisters without acknowledging the anger I feel for the prejudice that is happening in the church.”

While Bournes is not comfortable describing his work as ministry, his work is powerful when it tackles biblical subjects. For example, his poem Upside Down meditates on Acts 17 when Paul and Silas are in Thessalonica and are accused of turning the world upside down. It’s just the opposite of the comfortable Christian culture he sees in America.

“This is a Christian nation built on biblical principles, a lot of people say, and so there’s this expectation that Christianity is just normalised, it’s just part of the American dream,” he says.

“I believe when Christian faith is expressed authentically, it will turn the American dream upside down.” – Micah Bournes

“And I believe when Christian faith is expressed authentically, it will turn the American dream upside down. The dream is not comfort. That is not the end goal in life, just to make a lot of money and be safe and be in the suburbs with a big house.

“So the thing is, yes, preach love but there is something inherently disruptive in a gospel that is calling people to repentance and is unafraid to rebuke the powers-that-be for the way they oppressed and trampled the needy. You know the first shall be last and the last shall be first – that’s upside down.

“You know, the way God looks at the world in the Beatitudes, everything is different … God says ‘no, in my kingdom it’s the humble, the meek, they will inherit the earth, it’s the last shall be first’ …  to be a leader in [Jesus’s] kingdom means to serve.’ And so everything about it is backwards.”

Meet the poet who made theology raunchy

Les Murray: Not absolutely ordinary at all

Les Murray: Not absolutely ordinary at all

Dr Greg Clarke pays tribute to one of his favourite poets.

With 2019 wrapping up, we took a look back at some of the most inspiring,…

Episode 20: Religious experience - do we need it and how to find it

Episode 20: Religious experience - do we need it and how to find it

For arguments sake: where we take a debate, cut out the party politics and…

Crossbread is Australia’s best ever Christian hip-hop band – and they’re not even Christians. No,…

Ravi Zacharias in his own words

Ravi Zacharias in his own words

As a man who lived much of his life in public, speaking to countless people…

You don’t need drugs to be in an alternate reality

You don’t need drugs to be in an alternate reality

In the space of a couple of weeks, I have been transported into two alternative…