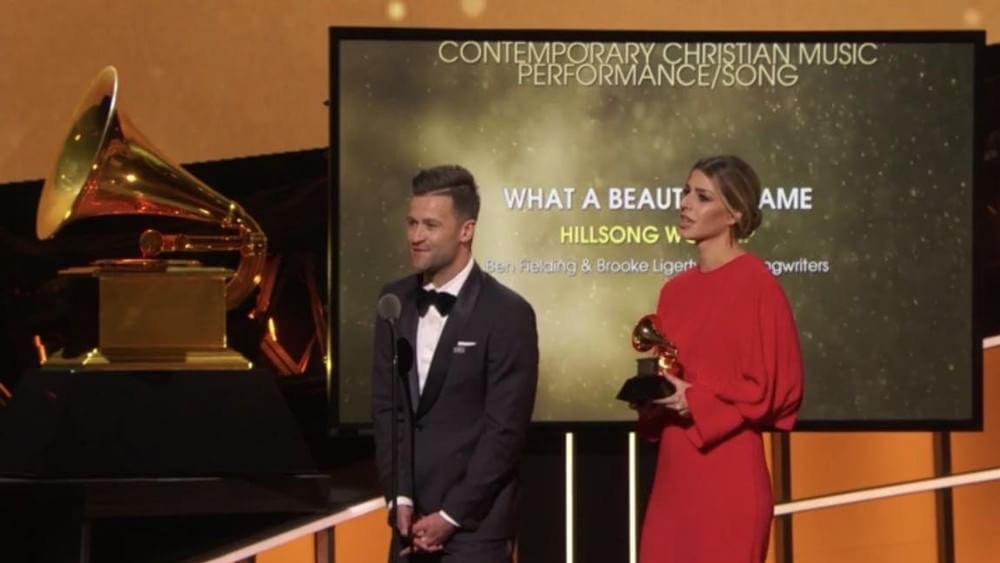 Hillsong has won its first Grammy. Hillsong Worship have just won the Grammy award for Best Contemporary Christian Music Performance/Song for What A Beautiful Name.

“I am personally so honoured and encouraged by this award,” songwriter Ben Fielding tells Eternity. “But I’m so aware of the long list of people who have made this possible.”

“For my family, for my church. This is the first Grammy recognising the contribution of Hillsong. I am so grateful for great leaders, writers and songs that have gone before, so many which probably deserved this. But more than that, I love that the song being celebrated today is unapologetically about the Name above all other names, the Name of Jesus, without which, none of this matters.” 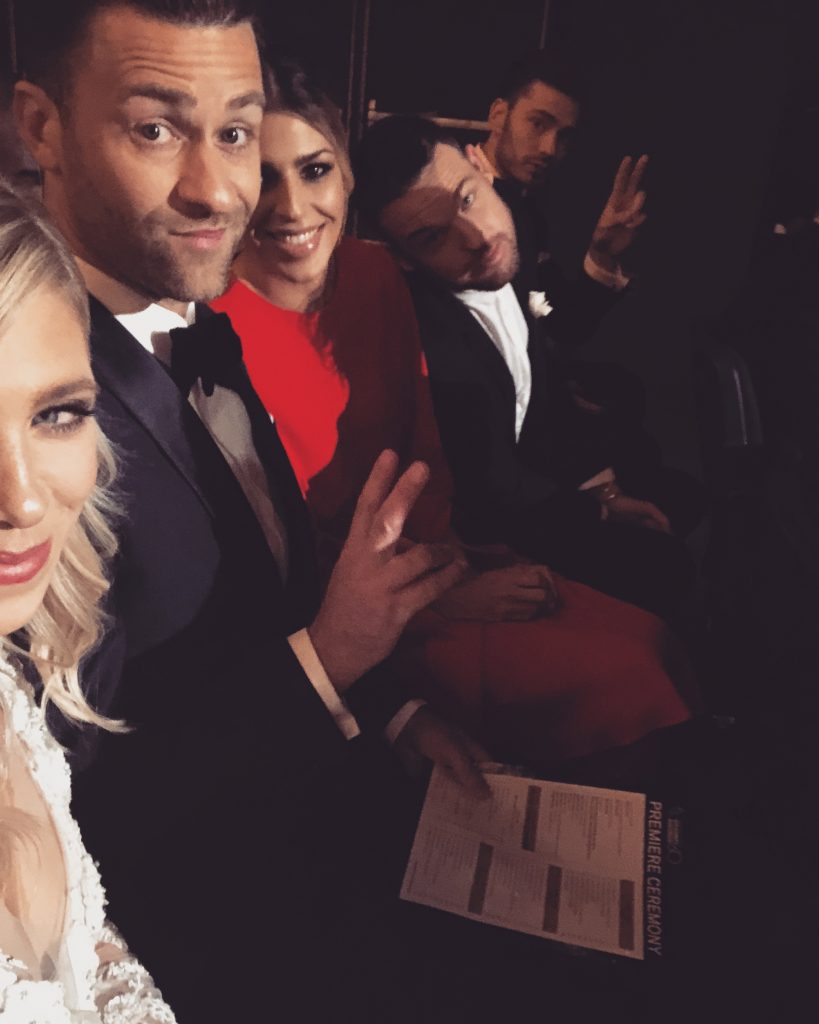 The “contemporary christian music performance/song” category, created in 2015, recognises both songwriters and performers. What a Beautiful Name, recorded in 2016, was written by Brooke Ligertwood (formerly Brooke Fraser) and Ben Fielding, and is performed by Ligertwood.

Grammys are awards presented by The Recording Academy, based in California, to recognise achievement, mainly in the English-language music industry. The Awards ceremony was held in New York City, at the famed Madison Square Garden. 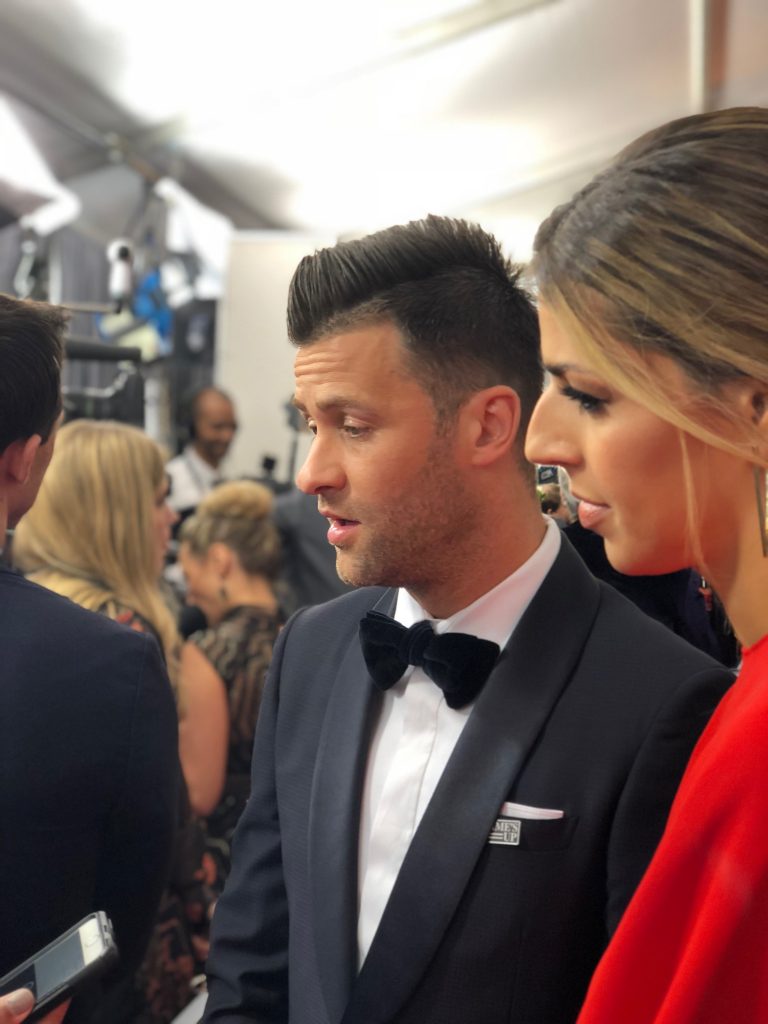 Brooke Ligertwood and Ben Fielding on the red carpet at the Grammy Awards.

Fielding’s wife Karalee Fielding has given us a timeline of their morning, which started with church. (Our times are in AEST).

“4.05am – Church first. Then hair and makeup. Not sure who needs it more – Ben or Scotty. Loved getting to worship with our local team in Manhattan this morning.

4.09am – Rainy day in NYC – but nothing is going to dampen our spirits! Getting excited to head to the red carpet in a few hours and represent our team, our church and the song that ultimately speaks of the Name that has no rival – JESUS.

6.26am – On our way! Excited and nervous – going to extreme measures to not wrinkle Brooke’s dress!

6.38 am – Police Checks in Times Square on our way to Madison Square Gardens.

6.48 am – We are proud to be joining the other Grammy nominees and supporting the Times Up movement today. For years Hillsong Church has empowered women and worked to care for victims of abuse – placing value on humanity the way Jesus would.

7.35 am Red carpet interviews… they are so relaxed!

8.01am – The Grammy Premiere show – India Arie just sang and got a standing ovation – she is all class!

8.18 am – 12 Awards left before they announce our category! I’m more nervous than they are!

8.28 am – The cultural diversity of the categories and performers at the Grammys are inspiring… music really does bring people together.

Listen to the song, here:

Joel Houston shares the story behind one of the hit songs

‘I drive trains so my husband can preach part-time’

‘I drive trains so my husband can preach part-time’

Meet a family doing ministry in a counter-cultural way