Uncovering the lies beneath our nation

US activist Lisa Sharon Harper urges us to combat inequality

What spiritual lies are at the core of Australian society? This is the question posed to the Australian church by US activist Lisa Sharon Harper, who is currently in the country for a series of speaking engagements.

“They are core lies when belief in the spiritual lie permeates a society … It is consciously, or unconsciously, accepted by most as simply ‘the way things work’.”

“The spiritual core lie of a hierarchy of human being is at the heart of all colonisation.” – Lisa Sharon Harper

Harper defines the “spiritual core lies” at the heart of American life, discerned during the Civil Rights era of the 1950s and 60s: “That some people were created to be masters, while others were simply created to be slaves.”

“We’ve crafted our society on a spiritual lie. We’ve told a lie and said that only certain people have the right to exercise dominion and that others were created to be ruled,” Harper asserts.

This is in direct contrast to biblical teaching, she states, pointing back to Genesis 1 where all humanity is made in the image of God.

“To be made in the image of God is to be created with the call and capacity to exercise dominion in the world,” says Harper.

This spiritual untruth of “a hierarchy of human being” underlies all colonisation, according to Harper. She notes that Mahatma Gandhi is credited with first recognising this, as he examined the belief system upon which the structures, laws and policies in India were based.

“The Indians began to believe what the colonisers did. It wasn’t until they began to understand that they too were created in the image of God … that they could then rise up and walk into their full call to exercise stewardship of the world.”

Harper has a Masters in Human Rights and is the author of several books, including The Very Good Gospel: How Everything Wrong can be Made Right. She has campaigned on issues including immigration and health care reform, climate change, and racial and gender justice. She is also the founder and president of Freedom Road, a consulting group that helps organisations (especially the church community) recognise and address social justice issues. 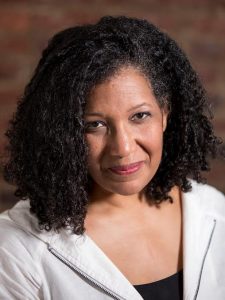 Despite her experience and obvious passion, Harper is careful not to impose judgement on Australian society. “As a North American, it is not my place to identify the spiritual core lies over Australia.

“That is something all Australians, including the Aboriginal, Torres Straight and South Sea Islander peoples, must discern for themselves,” she says.

And yet, she doesn’t shy away from urging the Australian church to examine some of the glaring issues in our public life:

“How can we be speaking to our legislators about the ways they are crafting policy that brings the justice system into more interactions with certain people groups than others?” asks Harper.

“Why are our Aboriginal brothers and sisters in prison more, when they make up only three per cent of the whole population?

“What could it look like for the church to … look at the systems that say that Aboriginal people are less than human in their ability to exercise dominion here in Australia? And to call that out, to begin to call our legislators to recognise the full dignity of the Aboriginal, Torres Strait Islander and South Sea Island people here in Australia.”

“I believe that in the United States and here in Australia we have legislated in a way that has told a lie about God … We have told the immigrant, through our policies, that God couldn’t care less if you live or die. That God cares about our safety not yours,” says Harper.

“… Yet in Leviticus 25, God said, explicitly, to the Israelites, ‘Treat the immigrant as you would yourselves. Do not oppress the immigrant because you too were immigrants in Egypt’.”

Harper believes this principle can equally be applied to the non-Indigenous population in Australia. “Olivia Rousset, a famous journalist in Australia, said something that I will never forget: Until Australians understand the reality that Australians are immigrants, that we are not entitled to this land – in fact, we stole this land – then there is no way that Australians will or can change the immigration system. Until they face the reality that the land we sit on is not ours. Therefore, we do not have the right to keep others from it.”

Stewardship of the environment

She believes the first step in managing Australia’s environmental resources is to hand back stewardship of the land to its original owners – Aboriginal and Torres Strait Islander peoples. Harper suggests this must be done not only in theory, but “to recognise in a law their call to steward the land.”

“The role of the church is to be the conscience, a compass for governance.” – Lisa Sharon Harper

It is up to Australian Christians to address these, and other, social justice issues, according to Harper.

“The church has a central role in the restoration of human relationships – individually, communally, systemically and structurally,” she says.

“The role of the church is to be the conscience, a compass for governance, so that those who govern know what is the just, right and true way – how to govern in a way that protects the inherent dignity and the image of God in all. If we are silent, then we are culpable; we are complicit with unjust governance.”

She clarifies what the church’s role could look like in practice: “Visit your legislator and tell them the ways that their policies and choices are impacting people in your community. If you live around immigrants, how is the immigration policy, asylum policy or refugee policy impacting people in your community? If your church has a ministry to the homeless, how is housing policy impacting on their ability to learn when they can’t find a safe place to even study?”

“It’s not until we repent of those lies … that we will ever have a just Australia.” – Lisa Sharon Harper

“My hope for Australia … is that the church would push its government to govern according to the truth that all humanity, not only those who are of European descent, but all humanity – Aboriginal, Torres Strait Islander, South Sea Islander and refugee – are made in the image of God and, therefore, called by God and created with the capacity to exercise stewardship of this land.”

Harper will be prompting Australian Christian women to act at the Just Women event on 8 September in Sydney, hosted by TEAR Australia and The Justice Conference.

Her aim is to inspire those at this event to ask: “In what ways is our community believing some of the lies that have … created inequitable favour for some and oppression for others?”

According to Harper, “It’s not until we recognise, face and repent of those lies, taking hold of the truth, that we will ever have a chance to have a just Australia, and to have a society that reflects – at least even in part – the kingdom of God.”

How church helped this prominent economist stay tuned in

How church helped this prominent economist stay tuned in

Once regarded as Christian music royalty, in 2014 Michael and Lisa Gungor were branded heretical…