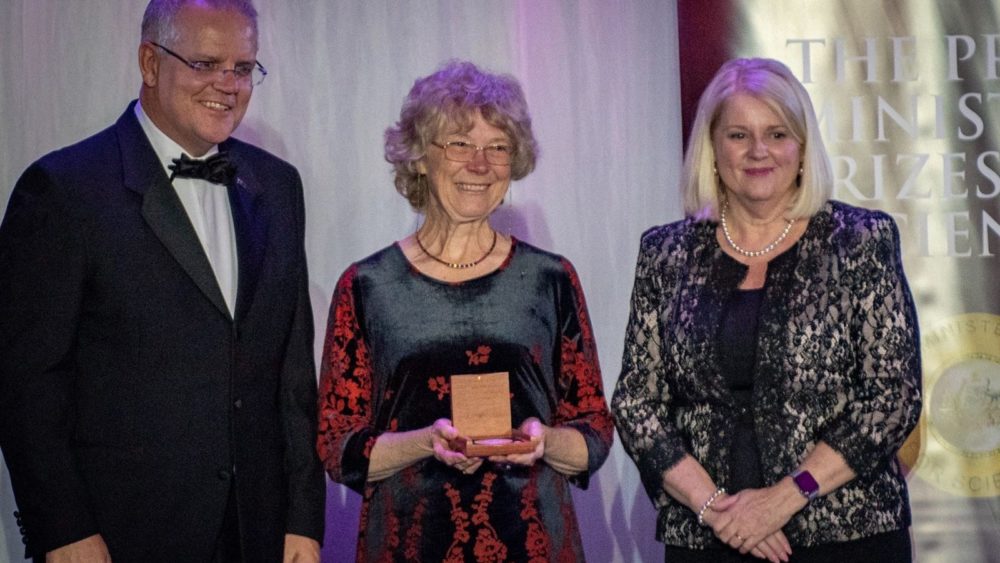 The first pure mathematician to win the Prime Minister’s Prize for Science, Cheryl Praeger, has a warm, gentle and refined voice that makes listening to her a pleasure.

Speaking to Eternity by phone from Perth, Praeger sounds ebullient when speaking of the eminent award, which comes with a cash prize $250,000.

“I think being the 2019 Prime Minister’s Prize for Science in Australia is really very, very special because I’m glad to be an Australian and living here and it’s an award for the country,” she says.

“I’m the first pure mathematician to win the award and I’m the first person, scientist, working in Western Australia to receive the award – and for me that’s been a really, really special thing.” 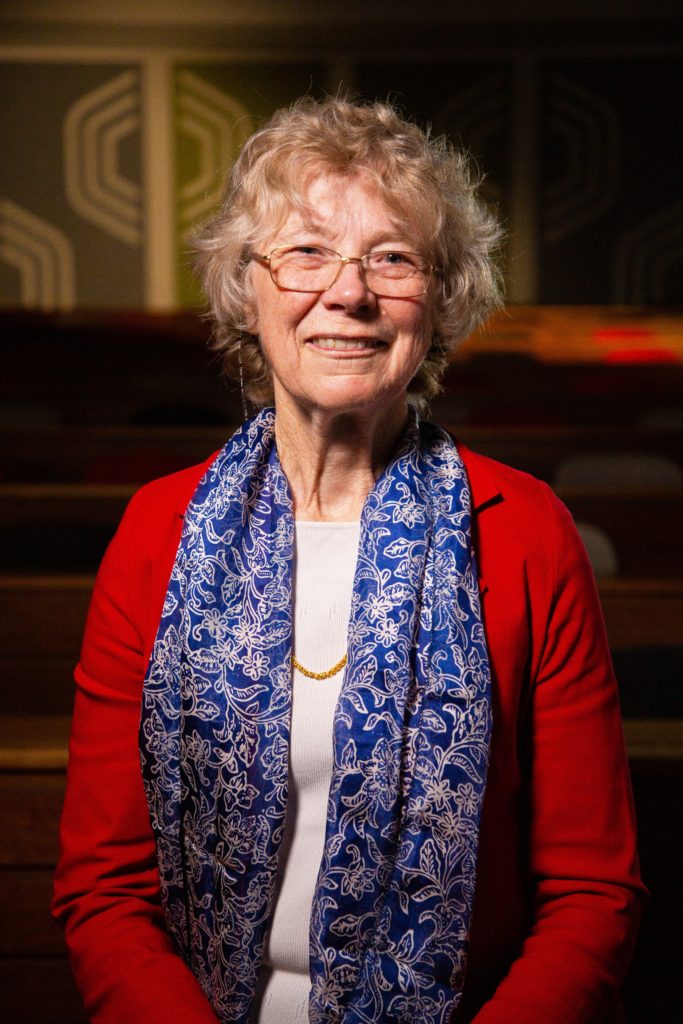 A committed Christian, Praeger, 71, was less than half her age and the mother of two little boys when she was appointed professor of mathematics at the University of Western Australia in 1983.

“I’m the second woman to be a professor of mathematics at an Australian university and I was quite young when that happened – I was 35 years old.”

So it’s hardly surprising that the top mathematician’s tone turns pedagogic while patiently explaining the basics of her branch of pure mathematics that deals with questions of symmetry.

“I look at the theory of symmetry, what kind of groups there could be, and what’s made it very exciting over my career is that around the ’80s they discovered all the building blocks of symmetry. These are called finite simple groups,” she says.

“So all these groups of symmetry you can cut them up into small bits in a certain technical way and you discover the simple pieces then; and no matter how you cut them up, as long as you’re following the rules, you’ll get the same number of simple pieces of each type and they’re called the factors or composition factors.”

Praeger was not involved in the huge undertaking of completing the classification of these building blocks of symmetry but in the exciting consequences of their discovery.

“The main theme of my research has been to work out the consequences of knowing the finite simple groups in describing all sorts of possibilities like what kind of networks with certain properties can you get which are rather symmetrical or what kind of graphs or whatever,” she explains.

“They have no right to run that fast, you know, it’s just that they’re relying on an extremely deep piece of mathematics.”

The applications of her research – which spans decades and more than 400 journal publications – include public key cryptography which keeps your communication with your bank secure, for example. Another of her major contributions is the development of algorithms used in global mathematical computer systems.

“If you’re trying to identify certain types of symmetry groups, it’s enough to find elements with particular properties, and then you can use a deep theoretical classification to deduce what’s happening without doing lots of computation,” she explains.

“And so we’ve got some algorithms, some methods that work on the computer which run so incredibly fast – they have no right to run that fast, you know, it’s just that they’re relying on an extremely deep piece of mathematics – and lots of my work’s been involved with constructing those methods and some of the theory.”

“Mathematics seemed to explain the world a bit to me – and I loved solving problems.”

“It seemed to explain a whole lot about the world – I mean, really surprising things that I hadn’t thought of. As a girl, I wasn’t brought up with a lot of mechanical training. I cooked and sewed and read and got in the outdoors but mathematics seemed to explain the world a bit to me – and I loved solving problems.”

When Praeger started doing research in mathematics, she felt it was like discovering part of Creation.

“I was feeling like I was discovering part of reality and it was a mathematical reality,” she says.

“You may be constructing something or you may be discovering something that’s already there … it’s more of a philosophical thing but a personal feeling that certain parts of reality were revealed when I would solve a big problem that I’d been working on for a long time and so for me it was a positive feeling of revelation or discovery.”

“I had no intention of responding, but then I thought I should, and I was pretty much decided that I was a Christian from then on.”

Praeger gives a rather succinct summary of how she became a Christian at the age of 11 or 12.

“I was living in the country in Nambour. A group from my church went to a different church to listen to a Billy Graham crusade meeting. We were listening to a recording and I had no intention of responding, but then I thought I should, and I was pretty much decided that I was a Christian from then on.”

Praeger’s tone becomes more tentative when asked how her faith informed her research, but she agrees with my suggestion that she sees God’s creative hand at work.

“Someone else looking on may not interpret it in the same way, but I think that for me I see the most amazing mathematical structures – and I think of that as another part of reality. We can’t see it, but it’s there and we can explore it, computationally, visually sometimes. And the discoveries are extraordinary, some of them.”

Praeger is amazed to report that her sleeping brain would sometimes come to her aid in resolving some of her most difficult mathematical problems.

“Early in my career, I would be so obsessed and intensely focused on a problem that occasionally I can remember it was hardwired in my brain and I solved the actual problem almost in my sleep,” she says.

“I couldn’t sleep sometimes, and I would be thinking of how to solve a problem and making notes so that I could get back to sleep again, so that sort of thing is incredible.”

Looking to the future, she is excited about the possibility of a quantum computer and the challenges it will bring for mathematics.

“Well, it would be nice to see a quantum computer – that’s going to create such a huge group of new challenges. I hope I will be involved in that, but I might be looking on in amazement at what’s happening.”

“There’s so many new threats like plagiarism, fake news, wrong use of research.”

She is conscious, though, that her work, in helping scientists to encrypt information, may be used for destructive ends. For example, quantum computing systems are tipped to become the weapons of the future.

Praeger says she is pinning her hopes on keeping science within ethical boundaries through her work with the newly formed Committee on Freedom and Responsibility in Science.

“There’s so many new threats like plagiarism, fake news, wrong use of research, so there’s a lot of ethical issues; also some of what this committee does is keep track of injustices to scientists,” she explains.

The committee plans to bring together a group of experts to decide what is new and most important for scientists in their ethical work behaviours, what their responsibilities are to media and government and what new possibilities and threats they face.

As an international body made up of members from different countries and disciplines, she believes this committee is uniquely able to be really effective.

“Because it has access to such expertise right across the board, we hope we will be heard by bodies like the United Nations about the global issues that the world is facing.”

Like kindness, gentleness is one of those qualities we admire but don’t really want. As…