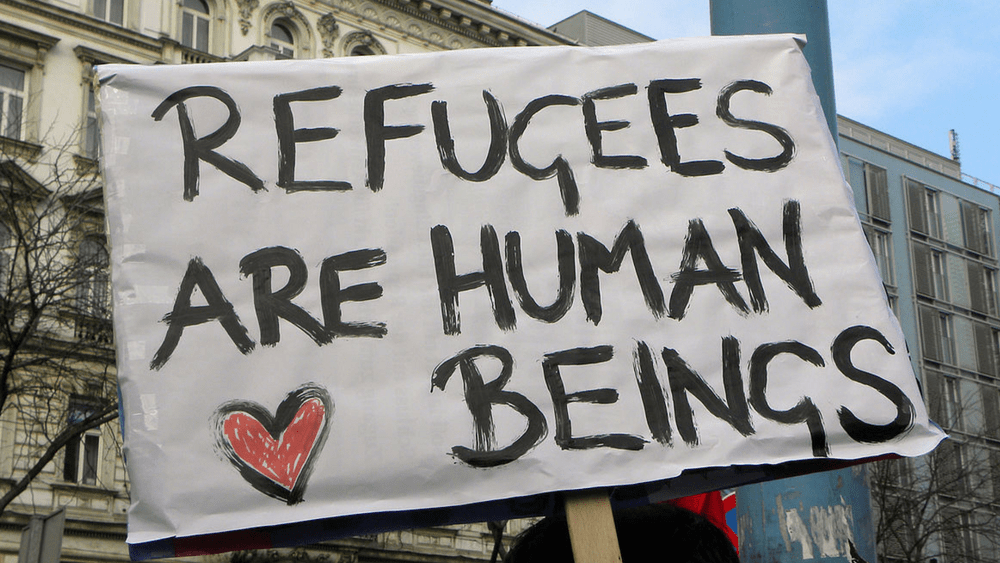 Christian social justice movement Common Grace has implored Prime Minister Scott Morrison not to go ahead with his plans to repeal Medevac laws.

“Rather than deliberately withdrawing life-saving medical care, the Government should be focusing on finding solutions to this crisis, starting with accepting the offer from New Zealand to resettle refugees there,” Common Grace said in a statement released today.

“We call on Scott Morrison to follow the example of the Good Samaritan, the example of Jesus Himself and rescue these people in danger and not try to withhold basic humane medical treatment of people in his care,”  — Common Grace

Medevac, short for “medical evacuation”, allows the temporary transfer of patients who are in offshore detention to Australia for medical or psychological care. The laws passed through the Federal Parliament when the Morrison government controversially lost a vote in February.

“We call on Scott Morrison to follow the example of the Good Samaritan, the example of Jesus Himself and rescue these people in danger and not try to withhold basic humane medical treatment of people in his care,” Common Grace said.

Dr Sara Townend, GP and the clinical lead for medical evacuation applications, spoke to the media after the senate hearing.

“My job has been to create a process by which refugees can apply and I’d like to tell you that the medical community has responded in great numbers – hundreds of Australia doctors have set aside time outside of their own clinical loads after they down tools at the end of the day to also provide assessments for patients in offshore detention. It’s essential that this is allowed to continue,” Ms Townend said.

“Before Medvac, people were ultimately forced to go to the courts to get the medical care they need. We were in court on the weekends, at all hours and even Christmas eve bringing cases for people. Every single case that we brought was successful in obtaining a medical transfer.

“The Medevac law has brought in a better system, a system that had independent reviews, that was based on evidence, that had appropriate time frames for the minister to respond to applications for assistance. Medevac laws are working, they put doctors at the heart of decisions around people’s medical care. Scrapping these laws would be a huge mistake that would put people’s lives at risk.”

Along with those addressing the Senate Committee face-to-face, 62 medical, legal and advocacy groups and individuals have made official submissions to the committee’s inquiry, including Christian organisations such as the Uniting Church of Australia and Jesuit Refugee Services (JRS).

In their senate submission (publicly available as Submission 50), JRS said they drew on evidence from inquiries, reports, speeches and the organisation’s own “first-hand experience working with up to sixty children, women, and men who have been transferred from Manus Island, Port Moresby and Nauru for medical reasons.

JRS asserted that “available evidence suggests that the Medevac Bill is meeting its objectives of ensuring healthcare to sick people, where it is unavailable in Nauru or Papua New Guinea (PNG). Although a relatively small number of people – approximately 90 – have been evacuated under these provisions thus far, Andrew Giles MP notes in a recent speech that the Minister has approved 70 of these transfers in the first instance.”

Furthermore, they noted that “of the 20 cases the Minister has refused to approve, only seven have been overturned by the Independent Health Assessment Panel (IHAP), which comprises the Australian government’s Chief Medical Officer and the Australian Border Force’s Surgeon General.”

The Jesuits also directly addressed a concern that has been repeatedly expressed by the Morrison Government in objection to the legislation, the Jesuits note that “the passage of the Medevac Bill has seen no upswing in people being brought to Australia or any upswing in boat arrivals. Nor has the passage of the Bill precipitated the influx of so called people of ‘bad character’ into Australia.”

“In any case, the Minister has the power to refuse the transfer on security and/or character grounds. As the Kaldor Centre notes, the legislation allows the Minister to reject a transfer for “someone with a substantial criminal record, provided the Minister reasonably believes the person would expose the Australian community to serious risk of criminal conduct…or if the Minister reasonably suspects it would be prejudicial to security (as defined under s501(7) of the Migration Act) whether or not the person has a criminal record.” These are broad and non-reviewable powers which negate the so-called threat that the government itself has alluded to.”

The Uniting Church of Australia (UCA), in their submission (Submission 14), “urged” that “the Committee recommend that the Bill be rejected by the Parliament, as the current arrangements are more appropriate to deal with serious health issues being experienced by refugees and people seeking humanitarian protection who are currently located in Papua New Guinea (PNG) and Nauru.”

Mr Khazaei died due to severe sepsis in a Brisbane hospital in September 2014 after he contracted a leg infection in Manus Island detention centre. In July 2018, Coroner Terry Ryan found Khazaei’s death followed a series of clinical errors and delays, including the failure of Australian immigration officials to urgently grant a doctor’s request for Mr Khazaei’s transfer to Australia.

“PIH’s Port Moresby hospital was found sorely lacking in its treatment of Khazaei, who died in 2014 from a treatable leg infection. The inquest into his death by the Coroners Court of Queensland heard PIH staff had failed to comprehend that Khazaei was critically ill and dying, leaving him unattended while he was in the Emergency Department,” notes the UCA in their submission.

“The Coroner concluded that: The evidence confirmed that, upon arrival at the PIH, Mr Khazaei required urgent and aggressive resuscitation with intubation, ventilation, intravenous fluids and broad spectrum antibiotics. This was not done. The fact that the sepsis stabilised when he was later admitted to the Mater Hospital in Brisbane suggests that his life might have been saved at this point, although the extent of his hypoxia could not be ascertained.”

A Doctors Without Borders/ Medicine Sans Frontiers (MSF) spokesperson told the media today that “It should shock Australians that MNSF – a medical and humanitarian charity more used to working in war zines – had to intervene to treat asylum seeker and refugees who were under Australia’s care on the island of Nauru. It further shock the people of Australia that we are here today to advocate to the Parliament of Australia to maintain basic medical ethics and professionalism in the matter of medical referrals.

He said that, after working for one year on Nauru, MSF had come to see “the depth of the mental health crisis suffered by that population on Nauru, and also the inability of the pre-existing medical referral system to deal with that problem effectively.”

“Of course, asylum seekers and refugees trapped predictably suffer harm and that is why we say the policy should be ended. But failing that, at a minimum we should be able to provide for basic professional standards in medical referral. It’s time for medical ethics to take precedence over politics and we expect the Senate to do just that,” he stated.

New Zealand resettlement rumoured to be back on the table

A controversial crossbench senator rises to address their fellow senators. The weeks of being lobbied…

The Australian Samaritan’s Purse team provides a news update: In the past two weeks, Samaritan’s…