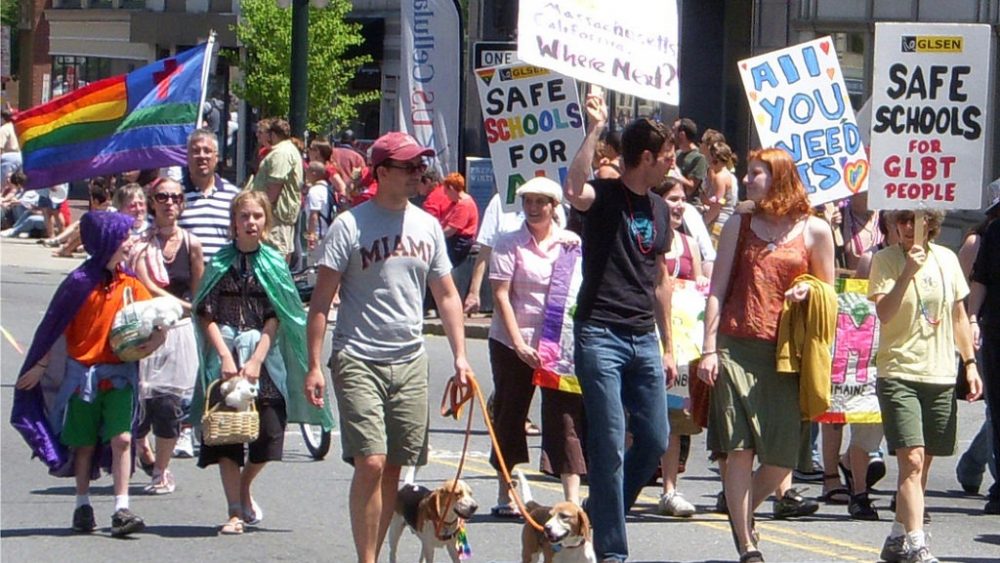 Without the bad stats and ideology, a sensible rewrite could help vulnerable kids

The Safe Schools programme (SSP) is a potentially harmful solution to a real problem, according to Sydney University Law professor Patrick Parkinson.

Exaggerated statistics, an extreme view of how same-sex attraction is experienced by adolescents, and an ideological commitment to the idea of gender fluidity are the flaws in the SSP, Parkinson states in a research paper published on the Social Science research network.

The Parkinson paper concludes that promoting gender transitioning – without the need for medical, psychological and parental guidance and support – means that the SSP may cause harm and “needs to be rescued from its progenitors”.

But Parkinson doesn’t call for such a programme to be entirely scrapped. Instead, he warns that the SSP runs the risk of being rejected and, as a result, leaving LGBT students without support.

Yet as those students work through same-sex issues or transgender issues, they will still need support and reliable information (even if they leave those issues behind, in years to come).

“The programme or something like it, will no doubt do much good if it is brought back to the sensible centre,” Parkinson calls for a more moderate approach to the formation and ideology of SSP.

The central argument of Parkinson’s paper begins by pointing out that the SSP uses outlier statistics.

“All of Us”, the teaching resource in the SSP, claims that “ten per cent of people are same-sex attracted”.

This is sourced from a study from the same team from La Trobe University that has pioneered the SSP.

“Only the most recent La Trobe study gives support for the 10 per cent figure, but that study is an outlier,” Parkinson states, citing other studies as well as the La Trobe team’s qualifications on their survey report.

He notes that if the SSP writers are referring to same-sex experiences from any stage in someone’s life, they need to qualify their statements. Otherwise, they imply that ten per cent of the population are members of a sexual minority.

Parkinson also points out a similar confusion in the SSP’s writing about teenagers. “There is … a major difference between having feelings of romantic attraction towards someone of the same gender as an adolescent and going on to enter into a continuing same-sex relationship,” writes Parkinson about teenagers being placed into the same-sex attracted category because they had experienced feelings of same-sexual attraction, however fleeting.

Parkinson cites studies that students who had identified as same-sex attracted at school, were not identifying as such 13 to 15 years later.

“What follows from this is that it is important for teenagers to be told not only that bullying of same-sex attracted teenagers is wrong, but also that a same-sex attraction in one’s early teenage years – or even some sexual experience with another person of the same gender – does not mean that a young person has a fixed and unchangeable orientation only to others of the same gender, or even to continuing bisexuality.”

Parkinson makes a plea for accurate information to be given to school students rather than the “Safe Schools’ view of the world… Premised on a 1980s’ understanding of same-sex attraction, in which sexual orientation is a relatively stable trait that emerges in nearly adolescence and remains fixed into adulthood.”

In contrast to the Safe Schools’ insistence on sexual orientation as stable and fixed, the programme adopts a view of gender that insists on extreme fluidity. Again, Parkinson demonstrates that the SSP position is not statistically based.

All of Us – the SSP’s teaching resource – makes the claim “that four per cent of the population are ‘transgender’ or ‘gender diverse'”.

The SSP authors state that for “about four per cent of people, their gender may not align with the sex they were assigned at birth and that’s OK.”

Parkinson states, “The only citation given is a recent New Zealand study. It does not make a such a claim.”

According to Parkinson, SSP relies on counting students as transgender if they responded “not sure” to whether they felt they were transgender.

Parkinson points out that larger studies report figures in this category of less than one per cent.

All of Us claims that 1.7 per cent of the population is intersex. In his paper, Parkinson also demonstrates that is an exaggerated figure.

“A likely explanation for the exaggeration of transgender and intersex conditions is that it is regarded as necessary to support the author’s belief system to show that gender is ‘fluid’ and can even be chosen,” writes Parkinson.

A good reason to be cautious about what is taught about gender “is that gender dysphoria may be transitory”.

“Gender dysphoria in childhood and adolescence is far too complex to be addressed by pop psychology or Internet-base self-help materials.”

Once again, Parkinson cites many studies to show that the substantial majority of students seen by specialists for childhood dysphoria, cease to be troubled by it a few years later.

A child protection issue arises at this point. Parkinson explains that it may not be helpful to encourage children with gender dysphoria issues to embrace an identity of being “transgender”, because “for so many it may be a transitory stage on their journey towards a sexually and mentally healthy adulthood.

In one of the more strongly worded comments in his paper, Parkinson states: “Gender dysphoria in childhood and adolescence is far too complex to be addressed by pop psychology or Internet-base self-help materials.”

Parkinson notes that the claims the law requires students be permitted to dress in opposite sex uniforms, is far from certain and may take some time to work out in Commonwealth law.

The NSW Anti Discrimination Board explains: “If you are not a recognised transgender person (with a changed birth certificate), you can’t legally force people to treat you as your preferred gender…”

Parkinson also acknowledges the difficulties which culturally and religiously conservative young people may experience when opposing the “groupthink” of school leadership, “Wear it Purple” days, and the SSP itself.