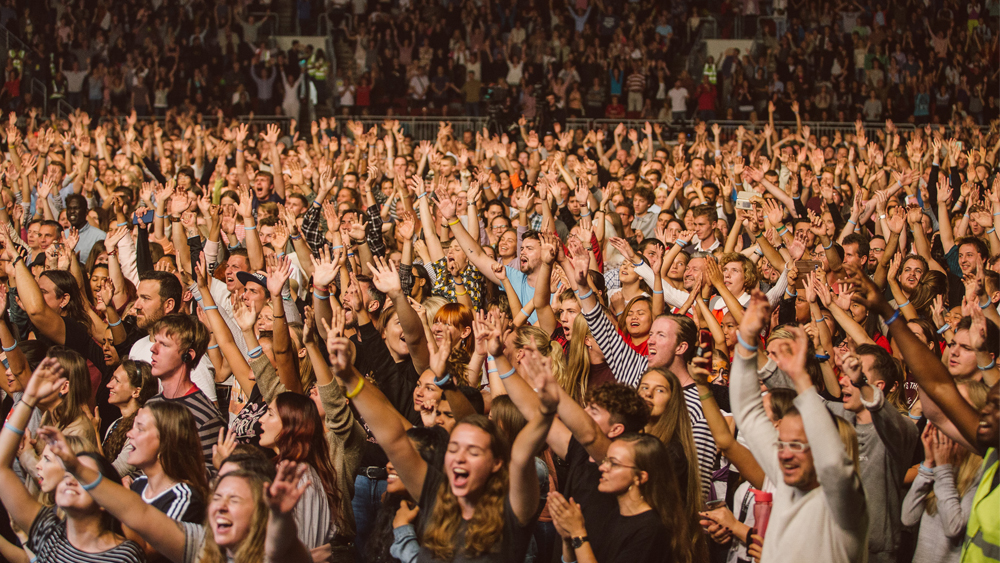 Jesus instead of footy

Big dream to fill an Aussie stadium for Christ

There are more than 30,000 people packed into a stadium, all shouting in a deafening roar. But they are not at a footy final. Instead, this is an evangelistic event, and the crowd – including Christians and those who don’t yet believe – are chanting the name of Jesus.

This is, quite literally, the dream of Awakening Australia for its event at Marvel (formerly Etihad) Stadium on November 16–18 in Melbourne.

After committing the dream to prayer – and on the back of several Awakening events in Europe over the past three years – Hagen and Fitzgerald (who are both Aussies) decided to bring the event Down Under. So far, more than 10,000 people have booked for the three-day event, and Hagen is confident they will exceed 30,000 registrations during the next month. In particular, he is hoping that many people who don’t know Jesus will take up the thousands of free tickets on offer to them.

Reminiscent of Billy Graham crusades, the overall mandate of Awakening Australia is to win “100,000 souls in 2018”. In order to achieve this, they are calling for nationwide prayer “for the salvation of our families, friends and our country”. They are also inviting people to join in three days of street evangelism just prior to the event, where they will be handing out free tickets.

“We want to work with all different churches and denominations, with the one goal of winning souls …” – Daniel Hagen

While Awakening Australia will feature Senior Leader of Bethel Church, Bill Johnson, as well as Bethel Music, Hagen is quick to stress it is not a Bethel event.

In fact, he says Bethel is just one of “hundreds of support churches”, which also include the Salvation Army, ACC Victoria, several C3 churches, Victory Life Centre in Perth, Dayspring in Sydney and YWAM. He also notes the denominational diversity of other speakers, including C3’s Phil Pringle and Darlene and Mark Zschech from HopeUC.

However, with Johnson and Bethel Music occupying the stage, it will be an event with a strong Bethel flavour. The list of churches supporting the event generally come from the Charismatic and Wesleyan branches of protestant Christianity.

“We’re a ministry that is really there to serve local churches,” says Hagen.

“The Awakening Australia event is an ecumenical evangelistic gathering. So we want to work with all different churches and denominations, with the one goal of winning souls and seeing them plugged into local churches. And also to see Christians strengthened and encouraged, and inspired to reach their unsaved family and friends and work colleagues – and really to see God move in our nation.”

But not all Australian Christians are embracing the event.

But not all Australian Christians are embracing the event. In a Gospel Coalition article, Stephen Tan – pastor at Regeneration Church in Melbourne – describes it as “part of a hyper-charismatic ‘Signs and Wonders’ movement with its epicentre at Bethel Church”.

Expressing his concern that the event promotes false teaching that compromises the gospel, Tan goes on to say it “has the potential to cause much confusion and spiritual damage to thousands of unsuspecting Australians”.

Much of the criticism (but not from Tan himself ) centres on the idea that “Signs and Wonders” should go along with preaching the gospel.

Another stumbling block for some Christians will be Bill Johnson’s endorsement of Donald Trump for President in the 2016 election. However Johnson has been much more muted in his support for Trump since the election, not adopting the regular public pro-Trump commentary of other christian leaders such as Franklin Graham.

Yet, according to Hagen, this may not be the only Awakening event in our nation. While there’s nothing locked in yet, he says: “We’ve had a lot of interest nationally, in other capital cities too … I wouldn’t be surprised if we see more Awakening Australia events in the future.”

The forecast was for rain when more than 150,000 young people packed out three stadiums…