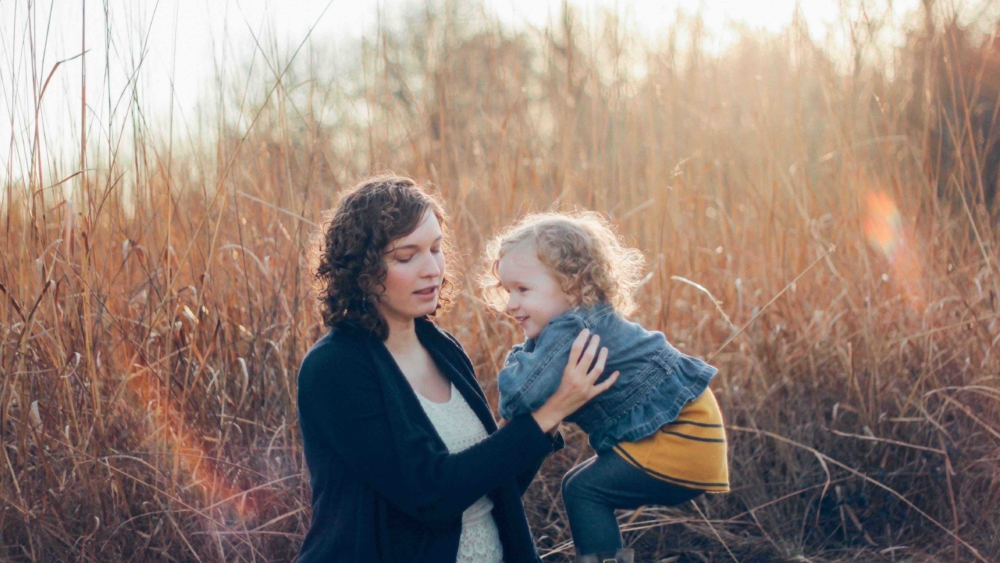 The good, bad and frantic of raising kids in a foreign land

Missionary mums open up about parenting across cultures

“Have I got what it takes? Will I get depressed and lonely? Get eaten by crocodiles? Wreck my kids’ education? (When I discovered I would need to homeschool our three kids, I cried.)

“When I found out we were moving to Milingimbi [Northern Territory], I threw myself into reading books of amazing women who thrived living in the outback.

“That was demoralising as I’m clearly nothing like those chicks.”

That is an extract from Red Fulton’s contribution to new book For The Joy: 21 Australian Missionary Mother Stories on Cross-Cultural Parenting and Life. The book brings together testimonies of parenting from Australian women serving on the mission field.

Eternity caught up with two other contributors from the book to find out what it’s really like to raise kids overseas.

Tamie Davis is serving as a missionary in Tanzania, and says, “being a mum in Tanzania is central to your identity. You are referred to by the name of your oldest child, rather than by your own name. Very few people call me Tamie. Lots more people call me Mama Eli.”

But she points out that because maternity leave in Tanzania is three months and unpaid, many women have no choice but to return to work, so it’s also normal to be a working mum.

“It is a mother’s job to provide for her family, including financially, so working mothers are good mothers.

“Spending quality time or playing with your children is less of a focus of motherhood.”

“When we got back to Australia, I was constantly being paged to come and collect my son when someone had found him by himself …” – Tamie Davis

Davis says, “I thought I was parenting like an Australian until I returned home and saw all the ways I had picked up Tanzanian parenting.

“In Tanzania, I never thought twice about leaving my child alone in a crowd, or allowing him to run off from me, because I knew that there would always be someone looking out for him, because parenting is a community task in Tanzania.

“When we got back to Australia, I was constantly being paged to come and collect my son when someone had found him by himself, and even though he was perfectly happy, they assumed he was lost, and dutifully took him to a front desk to be collected by his presumably frantic parents.”

But lots of parenting as a missionary is about helping your child navigate the tension between their host country and their passport country.

“You still have a home base in Australia, and expect to return to it one day,” explains Davis. “You can never be fully ‘present’ in your host country because at some level you’re always preparing your child to live in your passport country, either for home assignment, or for your eventual return. But then, you also aren’t parenting in your passport country so are influenced by your host country.”

“You need to be aware that your child’s experiences and emotional attachment to a place may be very different from your own.” – Tamie Davis

Even though your child’s passport country is legally their home country, this may not feel true for many missionary kids. They may not know things that seem blatantly obvious to other Australian kids. For Tamie Davis, this meant a necessary lesson in how to cross the road.

“I remember drilling my kid in what traffic signals mean before we left Tanzania for home assignment in Australia, and that you watch the lights rather than just doing what seems right according to what everyone else on the road is doing. I told him that the green man means ‘go’ and the red man means ‘stop’.

“I neglected to mention that if the red man is flashing, you can finish crossing, and had to hastily explain this added dimension to my child when he stopped in the middle of the road as soon as the red man came up, thinking he was obeying the rules!” says Tamie.

“This can result in a mismatch between how a parent feels about visiting Australia and how a child feels about it. What is familiar or relaxing to the parent may be scary and foreign to the child.

“As a parent, you need to be aware that your child’s experiences and emotional attachment to a place may be very different from your own.”

One key responsibility missionary parents have towards their kids is to help them develop healthy responses to the constant transition they experience.

“They do not have the stability that other children their age experience. Moving is a part of their life, which means leaving behind friends and family, or being left behind by them. This means that a missionary kid’s life is sprinkled with grief, so as a parent you are constantly trying to help them to come to terms with loss.

“Many missionary kids develop coping mechanisms to deal with this, such as keeping others at a distance so they can’t get hurt, or becoming very intense about relationships very quickly because they know time is limited.”

“I had to work hard to decide what was important and what wasn’t.” – Sally Swan

On the other side of the world, Sally Swan, who was a missionary in South America, says children in Chile are the boss of the family. They go to bed very late – toddlers can crash around 10pm or later – and they also eat a lot of sugar and drink a lot of soft drinks.

“I found it difficult to have no Chilean friends who were likeminded in parenting and likeminded in theology and who could understand me – my history, my background, my family of origin.”

“But being a mother in Chile is the same as it is in Australia, but without any of the usual supports and without the comfort zone I had become accustomed to. So I had to change myself, and I had to challenge myself.

“I had to work hard to decide what was important and what wasn’t.”

At one point, this meant changing her mind about where to school her kids. Before becoming a missionary, Sally believed she would be happy to homeschool her kids if the local area education wasn’t good enough.

“But when our oldest finished year one, we took him out of the local Chilean school, and sent him to the Missionary Kid (MK) school,” remembers Sally.

“He was now fluent in Spanish and had Chilean friends, but we really needed to improve his standard of education, and also the Chilean children were incredibly ill-behaved in the classroom which he found more and more difficult. So that surprised us.

“I guess you can have all the plans in the world, but you have to wait until you’re in the situation to properly assess its effects on your family. The MK school, although not perfect, was a terrific blessing to our family, and it meant I was free to serve in other ways, other than just in the home.”

For The Joy: 21 Australian Missionary Mother Stories on Cross-Cultural Parenting and Life