Jill Lovell knows all too well what it’s like to live through a major disaster. In fact, she has faced the worst ever natural disaster in the southern hemisphere – Cyclone Idai, which ripped through the African nations of Mozambique, Malawi and Zimbabwe in 2019. This deadly cyclone and the catastrophic flooding that followed killed 600 people, left 1.85 million in need of aid and wiped out more than 200,000 homes.

Hardest hit was Beira – Mozambique’s second-largest city of half a million people, which lies on the coast in the centre of the country – where Lovell calls home. She has served as a missionary in Mozambique for more than 18 years after buying a one-way ticket as a 23-year-old to this country which she really “knew nothing about” but where she felt God had called her.

“It was hugely devastating and the impact was not just physical but also psychological.” – Jill Lovell

Lovell has worked for several mission organisations there, and has spent the past six years as Projects Director for Australian aid organisation Mission Educate, which runs a 2000-student school, a tech college and literacy program (supported by Bible Society Australia) through local churches. These are crucial ministries in a country where one million children don’t have access to education and only half the population can read – with just 30 per cent of women being literate.

“I’m really the point person in Mozambique from the Australian side, so I’m the only Aussie on the staff of about 125 now across our projects,” Lovell explains.

Over the years, she has tackled many challenges, including learning the local language – Portuguese – and assimilating as best she can as a single, childless woman in a culture where “a woman’s main purpose in life is to have children”. She has also coped with the lack of infrastructure and access to services in one of the poorest nations on earth.

But the destruction wrought by Cyclone Idai rocked Lovell and local Mozambicans to the core, and will be felt for many years to come. According to Lovell, Beira was just beginning to recover after “many, many years of war and devastation” when the cyclone left more than 80 per cent of the city in ruins.

“It was hugely devastating and the impact was not just physical but also psychological, because people had already been through so much in their lives and were feeling like we’re starting to come out of that, when, bang, we’re back where we were 25 years ago, with no possessions. The trauma was quite evident,” she tells Eternity.

She describes the agonising hours as the cyclone descended on Beira on March 14, 2019, as she sheltered in her home with friends.

“The cyclone started late afternoon and went through to the following morning,” Lovell begins.

“My home is much better quality than a lot of people’s around me, but the windows were vibrating and I was worried they were going to smash in. We sat on the couch and just waited. The hardest part was not knowing when it was going to end.

“There were trees and powerlines down and roof sheets everywhere … There was no communication, no electricity, no water, nothing.” – Jill Lovell

“After the cyclone we all emerged from our homes and started to look at the devastation around us. I can only describe it like what we imagine the apocalypse to look like.

“There were trees and powerlines down and roof sheets everywhere. People were walking along the road with a few belongings on their head – I guess going to a family member’s house. There was no communication, no electricity, no water, nothing.”

Later, Lovell learned how the rest of the community had fared: “A lot of people lost the roof off their house or walls from their home around 9 or 10 at night, so they were left standing in the middle of this cyclone for eight or 10 hours in the dark with roof sheets and trees flying around. They just had to stand there and wait for it to end.

“We had one staff member who had the wall in his home collapse on his toddler in the middle of the cyclone. He rushed the toddler to the hospital to try to save his life and got a big gash on his [own] leg from getting hit by debris. Thankfully, the child was fine afterwards.”

After Cyclone Idai, within a few days, severe flooding began. According to Lovell, “two main rivers had burst their banks and almost created like an inland ocean.

“The force of the water cut the main road [to Beira], so no one could even get out of the city and nothing could come in. There was a lot of worry around supply of food and water and other things. There were stampedes, there was looting – people just trying to get access to food. The whole thing was super traumatic for people to live through.”

“There were awful stories of mothers who just couldn’t hold on to their kids any longer and had to let them go.” – Jill Lovell

Lovell, because of her contacts with Mercy Air South Africa and her language skills, found herself helping the UN emergency response team run air operations for about 10 days. They delivered supplies to people and rescued those in flood-stricken areas, bringing them back to Beira airport.

“I was involved in coordinating where the helicopters and planes should go and where the needs were,” she explains.

“At the height of it, we had about 23 helicopters and small aeroplanes taking boxes of high-energy biscuits and supplies out to rural areas. There were people in trees, on rooftops, there were people stranded …

“The trauma on their faces, I won’t forget it. They’d been standing in water for four days, just standing on a rooftop or wherever they could. I remember one old lady saying ‘I’ve lost everything’ and then others saying ‘you’ve literally saved our lives. There’s no way we could have lasted any longer.’

“There were awful stories of mothers who just couldn’t hold on to their kids any longer and had to let them go. I remember being emotionally affected but having to say to myself, ‘Okay, Jill, just suck this up. You can deal with this later.”

As the clean-up from Cyclone Idai continued, several weeks later those living in northern Mozambique were assaulted with another cyclone – Cyclone Kenneth – bringing the number of Mozambicans in urgent need of humanitarian assistance to 1.4 million. 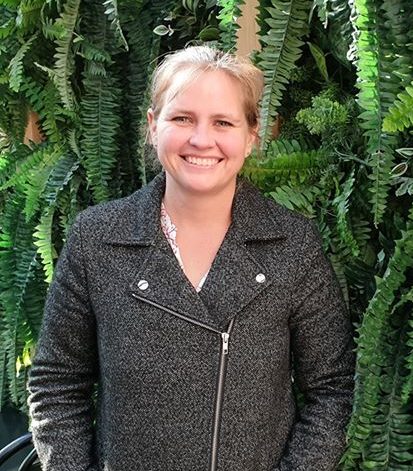 When Lovell was speaking with Eternity in late 2019, she and much of Mozambique were still struggling to deal with the after-effects of the cyclones – physically and emotionally.

“It’s a slow rebuild and a lot of people are still in the makeshift shelters that they put together after the cyclone,” she says.

According to Lovell, international relief funds “dried up very quickly” and the UN received only about half of the $74 million it appealed for after the disaster.

Mission Educate has managed to replace the lost roof on its school through community support and to rebuild several churches where the literacy is run with help from the Bible Society. It has also provided assistance to its staff and students.

“We’re seeing people start to have a vision and hope for what they could do in the future.” – Jill Lovell

In addition to these relationships, she shares another hope that is enabling her to carry on – the hope that education brings.

“It’s really encouraging to see how something simple like learning to read and write actually has a massive long-term impact on those people and on their families,” she says when discussing Mission Educate’s school, tech college and literacy program, which not only introduce students to these basics but also to the word of God.

“Our motto strapline is ‘knowing changes everything’. For us, there’s an added factor of knowing Christ, which changes everything. So through our programs we want all of the young people, adults, whoever come in contact with us, to know Christ, and knowing him sets people free.”

She adds: “We’re seeing people start to have a vision and hope for what they could do in the future – it’s starting them on a path towards doing what they’d always dreamed of.”

The struggles and joy of working in a Niger hospital

Children are at risk of sexual violence and trafficking in the chaos following Cyclone Idai,…

Christian radio broadcaster FEBC is trying to get a first-response radio team into Palu, Sulawesi,…

The world prays for Zimbabwe

The world prays for Zimbabwe

Join in this Friday, March 6