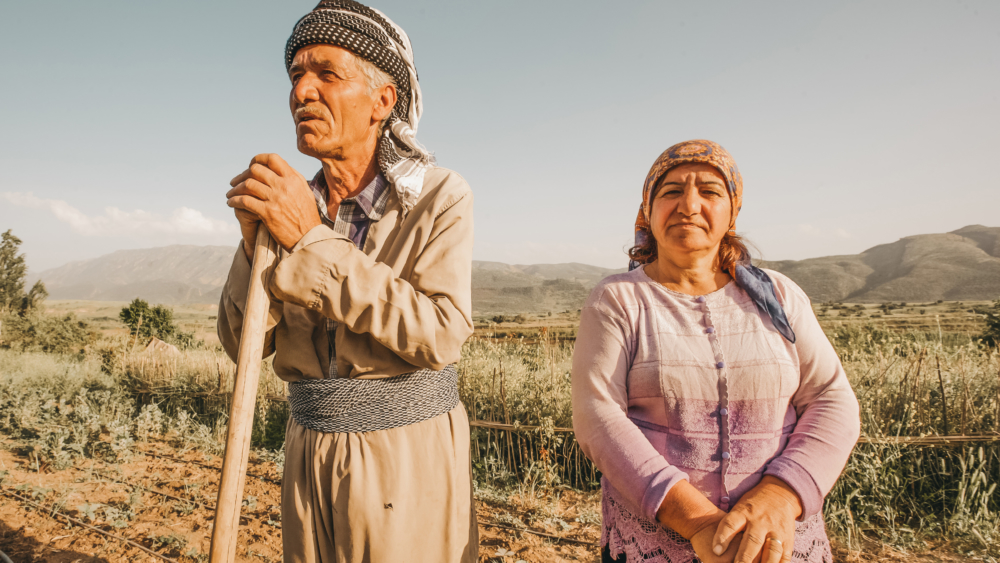 Persecution of Christians worldwide has increased over the past year, with one in nine believers experiencing “high” levels of persecution compared with one in 12 a year ago, according to the 2019 World Watch List released by Open Doors today.

In what Open Doors Australia described as an “hallmark of the success of Christianity,” persecution is growing in both intensity and the number of countries and Christians affected. On the 2019 World Watch List, 73 of the 150 countries surveyed show extreme, very high or high levels of persecution.

“The world will get worse before it gets better … ” – Tim Reid, Open Doors

“The whole philosophy of Open Doors is not necessarily the end of persecution – it’s not even a top priority – it’s to give people the strength to stand under the face of it and try to grow as they can.”

Open Doors estimates that 245 million Christians experience high levels of persecution in the top 50 countries on the World Watch List for 2019. North Korea remained ranked at No 1 in the 2019 list, a position it has held since 2002, with about 50,000 to 70,000 Christians believed to be in labour camps. Russia entered the list at No 41 due to increasing violence from Islamic extremists.

Life for Christians became even more precarious in Nigeria, where 3731 believers were killed – double the number in the 2018 list – by extremist groups of Fulani herdsmen and Boko Haram. This accounted for about 90 per cent of the 4136 recorded deaths of Christians as a direct result of persecution in the 2019 list.

According to Reid, increased persecution of Christians in India went almost unnoticed by the rest of the world.

“In India, violence against Christians has been increasing since the Modi government stepped into power, elected with promises to restore Hindu dominance in the nation. Churches have been attacked and Christians assaulted,” he says.

“I spoke in May last year at a Senate inquiry [into religious freedom] about four horror days in India in which three pastors were hospitalised, one losing his fingers in an axe attack.”

Reid told Eternity that these attacks on Christians had flown under the radar of police, so the perpetrators had not received due punishment.

“That kind of Hindu extremism we have also noticed in Nepal and religious nationalism as a topic is starting to spread to other countries too,” he says, giving Myanmar as an example.

Reid there were a few factors behind the increase in persecution.

“We’re seeing religious nationalism increase, so the kind of intensity that we’ve seen from Islamic extremists over the years we are now starting to see in other contexts,” he said.

“But persecution is biblical and the world will get worse before it gets better and there is a move in many nations towards an anti-Christian sentiment.” He said Open Doors was not just committed to social justice but to helping the gospel advance and that necessarily brought with it persecution.

Open Doors Australia is calling for the government to create a permanent position to advise on religious freedom.

“Roles such as that we’ve seen overseas have been really crucial in bringing to the fore at a government level what persecution is already happening,” Reid said.

“So in the Asia-Pacific region, we see that as persecution increases in places like India or China, where we have a great deal of trade, that there are Christians being discriminated against and Australia has a role to play in this area.

“Australia’s human rights record in the department of freedom of religious belief has been quite exemplary, but other people who we trade with it’s not necessarily been the case. So it’s part of Australia’s moral obligation to lift these people in circumstances where they’re not experiencing the same freedom.”

“The unforeseen benefit of that is that many churches are now asking us to speak.” – Mike Gore

Mike Gore, CEO of Open Doors Australia, said the unforeseen benefit of Christians feeling less secure of their place in Australian society was an increased engagement by churches with the persecuted church.

“What we’re seeing is a change in a section of the church towards religious freedom in this nation. There’s a big element that’s saying we need the message of Open Doors in our churches now because we’re feeling uncomfortable. Things aren’t feeling as safe anymore. What do we do? We haven’t felt this before and we’re worried about things like same-sex marriage, religious diversity, and all of these fears that the West equates with persecution,” he said.

“The unforeseen benefit of that is that many churches are now asking us to speak.”

“I think an understanding of the increased focus of the media in the last five years on persecution, married with the uncomfortable feeling of changing societal values in Australia, has created a perfect of storm of tensions resolving in churches wanting to know more about the cost of faith.

Reid adds: “What’s really exciting here is that as people engage with persecution, what they will find is the true hope-filled story that where there seems to be persecution the church in many circumstances is still joy-filled and seeking God with all their heart.”

“When people engage with that example, their faith will come alive here in Australia as well.”