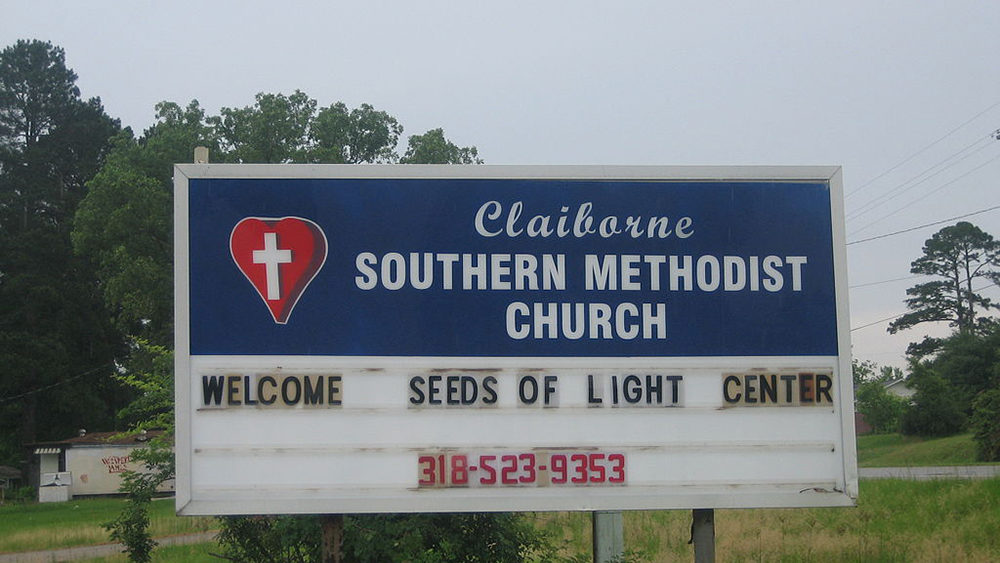 In a world where church culture wars are depressingly common, it is a pleasant surprise to hear of one major group where it looks like a major conflagration will be avoided.

By contrast to the US, all the major denominations (christian networks) in Australia have remained conservative on LGBT issues with the exception of the UCA which has adopted a “two rites” marriage policy, with both a traditional and a LGBT inclusive marriage service. The UMC, UCA’s sibling in the World Methodist Council, has now decided that sort of co-existence is no longer possible.

Most of the non-evangelical part of the US church will stay in the United Methodist Church, which will become a progressive church like the Episcopal Church and the US Presbyterians, both of which have growing conservative breakaways. The overseas branches of the United Methodists in Africa, Europe and Asia will get to vote on how they will align themselves.

Until now a coalition of US evangelicals (who are a minority) and the rapidly-growing African Methodists have held the line, retaining a conservative stance. But every four years there has been a major fight at the United Methodist General Conference. Last year a special General Conference voted to toughen the rules against gay ministers, while the Western part of the United States elected a lesbian bishop, and churches (both progressive and conservative) headed for the exits. It looked like the Methodists were headed into years of rancorous debate and litigation.

But six months ago, John Yambasu, a bishop (regional leader) from Sierra Leone in West Africa, pulled together a group of key leaders from the factions that had formed in the Methodists to meet with a famous mediator, lawyer Kenneth Feinberg. Feinberg – with a track record of resolving complicated disputes including overseeing victim compensation funds after 9/11 and the BP Deepwater oil spill in the Gulf of Mexico – was key to a compromise, in which each group has had to give up part of what they wanted.

The US evangelicals are leaving, and the progressives are allowing them to go with their church property. Church trials of gay clergy will be halted, and a church can leave for the evangelical group with just a simple majority if the church council decides. And vulnerable groups – such as First Nations groups and Africa University get a $39m fund, a third of which comes from the traditionalists. $2m is also set aside for a possible ‘liberationist” church on the left.

After six months of secret meetings (but with each lobby group able to discuss the proposals), Yambasu says: “We humbly offer to the delegates of the 2020 General Conference the work which we have accomplished in the hopes that it will help heal the harms and conflicts within the body of Christ and free us to be more effective witness to God’s kingdom.”

I’m looking forward to participating in a Methodist revival!

Most leaders in the United Methodists have reacted positively to the deal. Mark Tooley, President of the conservative think tank Institute for Religion and Democracy, makes this prediction: “General Conference will approve a version of this plan. During several subsequent years of sorting, United Methodism’s current 6.7 million members in the USA will drop to about 6 million. About 2.5 million will join the conservative church, and about 3.5 million will be in the liberal church. Nearly all the 5.5 million overseas members, mostly in Africa, will join conservative church, so the conservative denomination will have about 8 million members globally.

“This process will be messy and often tragic. Many local congregations will divide and die. But United Methodism is already dying in America. This division will allow evangelistic-minded Methodism to plant new congregations and grow. American Christianity and society desperately need a theologically cohesive rejuvenated Methodism.

“I’m looking forward to participating in a Methodist revival!”

(An analysis by Tom Ferguson, a progressive and former ecumenical officer for the Episcopal Church gives predictions regarding numbers similar to  to Tooley’s. But there’s a chance the Africans will stay in the UMC because as a region they can retain conservative rules on LGBT issues.)

JJ Warren, a young gay man who became the face of the LGBT lobby, in a passionate speech at the 2019 Special General Conference told Huffpost that that he was hoping the global church could remain united, but if that goal is unobtainable, “this protocol is the next best thing.”

Hailing the announcement of the deal as “great news!” the progressive Mainstream UMC’s Mark Holland comments that his group “continues to be committed to the Spirit at Pentecost breathing life into a theologically diverse denomination. We acknowledge that this diversity is not possible for some of our most conservative brothers and sisters. This protocol allows this group to fulfil their decades-long goal of spinning off a very conservative brand of Methodism. We grieve this loss and yet, in the spirit of Christian charity, we bless them in their new endeavour.”

They will not have an easy time of it in this post-Christian culture, but they will have what it takes to endure.

Rod Dreher, author of The Benedict Option, a book about survival strategies for conservative Christianity, writes in the American Conservative, “I believe, with Mark Tooley, that the liberal UMC will wither away and die. The traditionalist Methodists will be smaller, but stronger and more vibrant. They will not have an easy time of it in this post-Christian culture, but they will have what it takes to endure.”

David French, formerly of National Review and now at thedespatch.com believes the divide goes deeper than LGBT issues: “The secular media will cast the divide primarily in the terms it understands—as focused on “LGBT issues”—but that’s incomplete. The true fracturing point between Mainline and Evangelical churches is over the authority and interpretation of scripture. The debate over LGBT issues is a consequence of the underlying dispute, not its primary cause. …  There is a strain of Protestant Christianity that views the Bible as valuable but not infallible or inerrant. Evangelical Christians, by contrast, strongly dissent from that view.

“Thus, at heart, the disagreement between the Evangelical and Mainline branches of Christianity isn’t over issues—even hot-button cultural and political issues—but rather over theology. Indeed, the very first clause of the United Methodist Church’s nine-page separation plan states that church members “have fundamental differences regarding their understanding and interpretation of Scripture, theology and practice.”If you were to draw a Venn diagram, the number of people who believe that the Bible is the inspired word of God—or in the words of the Barna Group’s test of Evangelical orthodoxy—“accurate in all the principles it teaches” and who also believe that Christian pastors should sanction (much less officiate) same-sex weddings would be small. The number isn’t zero, but it’s small.”

Church online has been great for our daughter with special needs

Church online has been great for our daughter with special needs

Last year I had a dream that I arrived late to church one Sunday morning.…