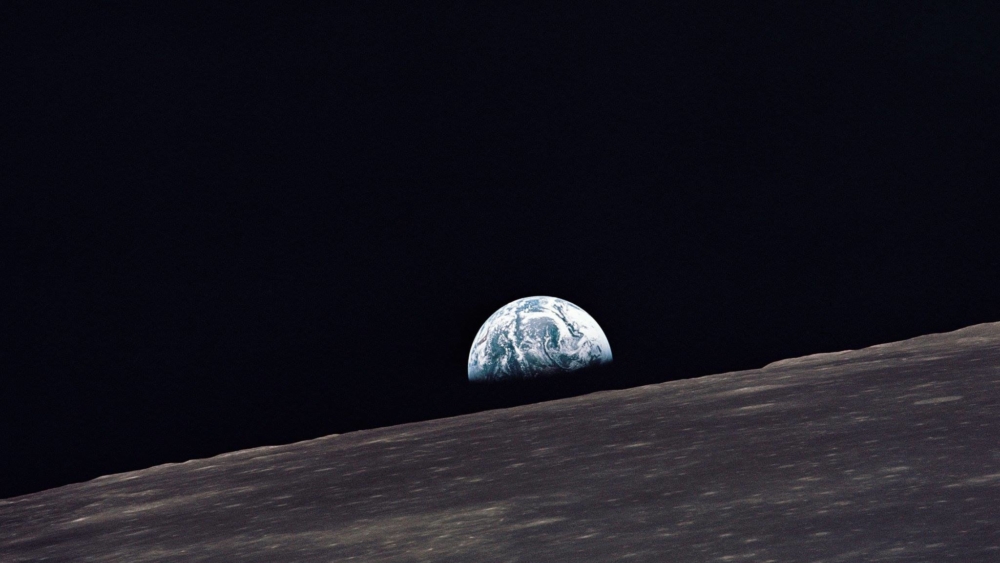 Inspiring awe for NASA with the art of science

Dan Goods works for NASA but he’s not a rocket scientist, astronaut or engineer. Dan’s a visual artist.

“We put together art and design experiences to help explain what NASA does, hopefully in a way that is a little bit more towards the heart than the mind,” explains Dan during a recent visit to Australia, to speak at the REMIX culture and technology summit in Sydney.

For 14 years, Dan has been one of the visual strategists employed by the Jet Propulsion Laboratory at the renowned American institution. Yes, that’s a cool job and one that Dan hasn’t tired of. From assisting with NASA’s future projects to constructing art works for public engagement, Dan continues to have his mind blown as he crafts ways to blow our minds.

“It is overwhelming when you think about how big the universe is. You can’t fathom it; it’s just so big. So you try to continue living and going through your life but when you start to think about those deep things, it’s hard to understand or comprehend.”

Enjoying a sculpture co-created by Dan Goods, a visual artist who works for NASA. Dan Goods

The sense of scale, wonder and intricacy of the universe permeates Dan’s job. His art for NASA includes an ‘ecloud’ sculpture which responds to real-time weather patterns, and a glowing steel representation of a comet’s atmosphere.

“I had a grain of sand with a hole drilled into it,” explains Dan about a NASA project that stands out to him. “The grain of sand represented the Milky Way galaxy and the hole was a tenth of the size of the grain of sand.

“We’re all distracted and busy and jaded, and we don’t walk around like a three-year-old anymore.”

“The hole is where we live but also where we have found over 3000 planets around other stars … And then you would need 60 rooms full of sand to show all the other galaxies that we know about.”

Dan describes the universe as “an amazing playground we have been given” by God. He and colleague Dave Delgado are keen to remind us of that and they are seeking funding for the Museum of Awe. A mobile installation merging art with science, the Museum of Awe aims to return a sense of wonder to the everyday.

Dan loves that scientists are seeking truth and he hasn’t found NASA’s ranks to be as opposed to the things of God as what some might presume.

“The bigger concept is that we live in the Museum of Awe, and we’re trying to remind people of that. We’re all distracted and busy and jaded, and we don’t walk around like a three-year-old anymore. Sometimes, it’s hard to take your kid somewhere because they’re just looking at a blade of grass, and this thing and that thing. They’re all excited because all this stuff is new and they’re fascinated.

“Our job is to bring people back to that moment of excitement and to see everything around them in a new way, through pop-up experiences in a least expected place.”

Perhaps you didn’t expect a Christian to be working in a place like NASA. But Dan says his faith hasn’t been rocked by where he works. “I’m pretty open about stuff. It’s a big place out there and we’re finding all sorts of interesting things.”

Dan loves that scientists are seeking truth and he hasn’t found NASA’s ranks to be as opposed to the things of God as what some might presume. At no point speaking as a representative of NASA, Dan has personally observed a “God-given desire” in humans to explore and understand the universe around them. “It’s something that we need; we need to understand who we are.”

As he travels the world, Dan has discovered that “98 per cent of humans just love and admire NASA … There is something about trying to do what is on the edge of possibility that is inspiring.” While this inspires pride in human achievement that Dan supports, he also sees how star gazing can make us all humbly keep our feet on the ground.

“Whenever you see a star explode or some of these other mindboggling things, I think that you can’t help but feel like you are needy. When you have a sense of awe, you usually have a sense that maybe you’re not as important as you thought.

“There is a great deal of pride and arrogance out there among scientists but I imagine that every single one of them looks at the universe and thinks ‘Wow, I’m not as big as I thought.’ And that, all of sudden, has you asking questions.”

The Christian who led the IPCC

God in the Lunar Module

God in the Lunar Module

When the second man to step onto the moon, Buzz Aldrin, planted his feet, his…