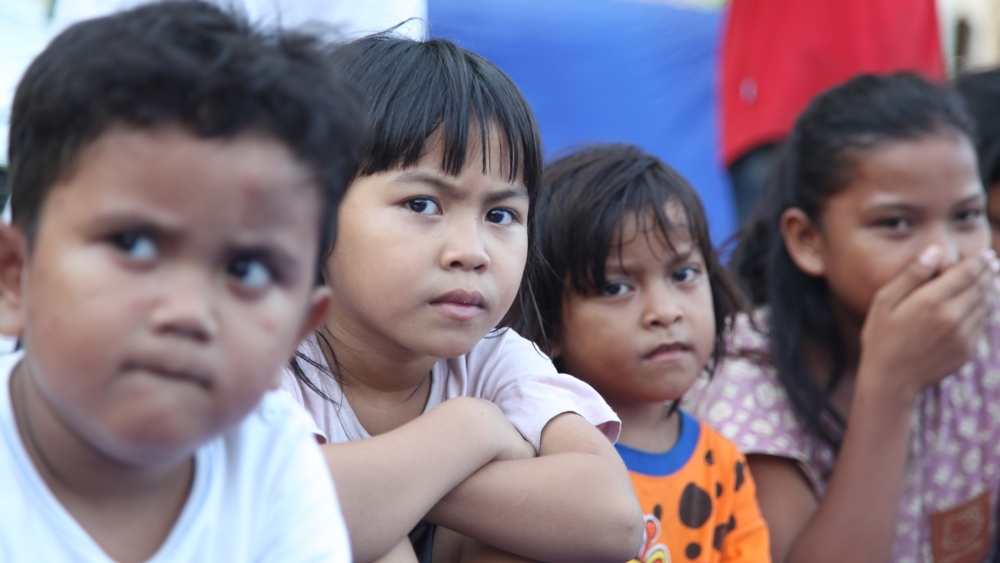 In search of Palu’s missing children

World Vision’s Chief Advocate, Tim Costello, has seen almost every natural disaster for the better part of the past two decades, but they still get to him. He described the scenes after the recent Indonesian tsunami and earthquake as “apocalyptic.”

“When you can’t trust the very ground you’re standing on,” Tim tells me, “it’s terrifying.”

He’s just returned to Australia, having spent the weekend working with local World Vision staff and volunteers in an intensive search to find children missing in villages outside of Palu, Sulawesi, where the agency has a big Area Development Programme and hundreds of children sponsored by generous Australians.

“When you can’t trust the very ground you’re standing on,” Tim tells me, “it’s terrifying.”

I’ve interviewed and spoken to Tim many times now. He’s a humble man, who is wise, measured and plain-spoken. He never makes me feel foolish for asking questions and is instead especially gifted at putting someone at ease. But nothing about this conversation puts me at ease.

I have my questions prepared and my proposed story outline mapped. I already have the figures, current as of two days ago. Up to 5000 missing, according to Indonesian officials. But I’m not prepared to hear him describe the scene as “apocalyptic.” Nor the details.

I know that a 7.4 magnitude earthquake and tsunami hit Central Sulawesi Province on September 28, triggering a series of waves that reached up to three metres, sweeping up the beaches in Donggala and Palu, combining with the earthquake’s aftershocks that were almost as bad as the earthquake, and subsequent landslides. I’m not aware of the liquefaction that resulted, as the earth was so intensely shaken it became like jelly and swallowed up thousands of buildings in mud. 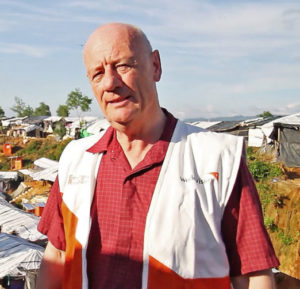 Tim says there are a lot of Christians in Palu, where eight or nine big churches are located and around 30 per cent of the population is Christian. He tells me about a Christian woman he met who, when the ground had liquefied and began swallowing people up like quicksand at around 5pm – coming again and again like ocean waves – spent seven hours pulling kids out of the mud and scrambling to reach the safety of higher ground, all while not knowing if her own children were alive. (They are – she was one of the few lucky mums in the area.)

Tim informs me a total of 1855 children were sponsored by Australian families in the affected area of whom 1003 are still missing. To date, one of World Vision Australia’s sponsored children has been confirmed dead – four-year-old Mohammed, who was with his grandparents by the sea at an event when the tsunami hit.

He explains the World Vision team is in the “recovery stage,” which comes after the “search and rescue” stage of a natural disaster. “Recovery” is a misleading term, he says. It’s not really recovery at all. It’s really just trying to keep people alive, fed and safe. A “race against time to restore order from chaos.”

The makeshift camps of survivors – generally consisting of 30-40 families living together under tarps and poles provided by World Vision – are hard to locate and hard to get to.

Often when people become internally displaced, they flee en masse in one direction (away from war or disaster) and end up gathered together in huge camps. In Palu’s surrounding region, the nature of the disaster caused people to scatter in all directions as they desperately tried to survive. As a result, the makeshift camps of survivors – generally consisting of 30-40 families living together under tarps and poles provided by World Vision – are hard to locate and hard to get to.

Tim and the team drive as close as they’re able to get to them on the landslide-blocked roads, then walk the rest of the way to the village of Jono Oge, in tropical heat, carrying water, food and blankets. When they arrive, they begin the painstaking process of looking for the sponsored kids who are missing, with names and photos. Each child found is a cause for celebration, Tim tells me. He describes the process as “heartbreaking – and joyful when we found some children.”

So far, in Jono Oge, of the 208 children who are sponsored through World Vision Australia, 75 are yet to be found. The work ahead includes reaching three more villages in the mountains where there’s no electricity, and where the agency believes many of the missing children may be found alive but separated from their families. The continuing tremors are disrupting the sleep of aid workers and traumatised survivors alike.

Tim tells me how desperately needed World Vision’s child-friendly spaces are. With 200-300 kids in each camp, they draw together the children who have been separated from their parents (who may or may not be alive), along with those who have been left in the agency’s safe care so their parents can return to see if there’s anything left of their homes or to search for other family members.

It’s really just trying to keep people alive, fed and safe. A “race against time to restore order from chaos.”

In the camp, the kids are registered and cared for. They’re also protected from potential traffickers and pedophiles who come to the camp claiming to be a relative. There’s just a small number of people preying in this way, Tim reassures me, but they’re a real threat.

Tim explains the children have seen their parents’ fear in the face of the disaster, so having adult World Vision workers in these camps who can tell them “You’re safe” is an important part of helping them to process the trauma. The World Vision team is holding school classes, and taking the kids through art and drama therapy, he says, and I’m in shock that they have the materials and knowledge of what to do. I can’t imagine being prepared for this.

He tells me the team has already been trained in what to do in such an event and has prepositioned materials. The instructions given in the face of trauma are simplified, he explains. “Hold this crayon and draw what you saw,” they tell the kids.

I had planned to make this story about Australian sponsors of children, so I ask Tim what the process is of informing child sponsors in Australia. He says they’ve already let people know if the child they sponsor is missing and people have responded with heartbreak, as a parent of sorts. World Vision won’t inform sponsors the child is dead unless they are entirely sure the information is accurate – which it is  not yet.

“Are there still people who’ve been buried being found alive?” I ask him. He says “No, that phase is over” and I remember this is the “recovery” phase. It is possible there are still some kids will be found due to the scattering, he explains before his phone cuts out.

I quickly type out a message saying not to worry about phoning back – I’d let him get on with more important tasks, and I will be praying for him and the whole World Vision team.

He texts back a rainbow.

Christian radio broadcaster FEBC is trying to get a first-response radio team into Palu, Sulawesi,…

Across the country yesterday, thousands of ordinary people got up to lead prayer in their…

Sulawesi made Tim long for a new earth

Sulawesi made Tim long for a new earth

‘When you can’t trust the very ground you’re standing on, it’s terrifying.’

After years working ‘behind the scenes’ to ensure social justice campaigns succeed, Tim Middlemiss will…

Where his mix of faith and activism comes from

The murder in the vicarage of historic Jakarta church

The murder in the vicarage of historic Jakarta church

Celebrating the 200th anniversary of All Saints is a complicated affair