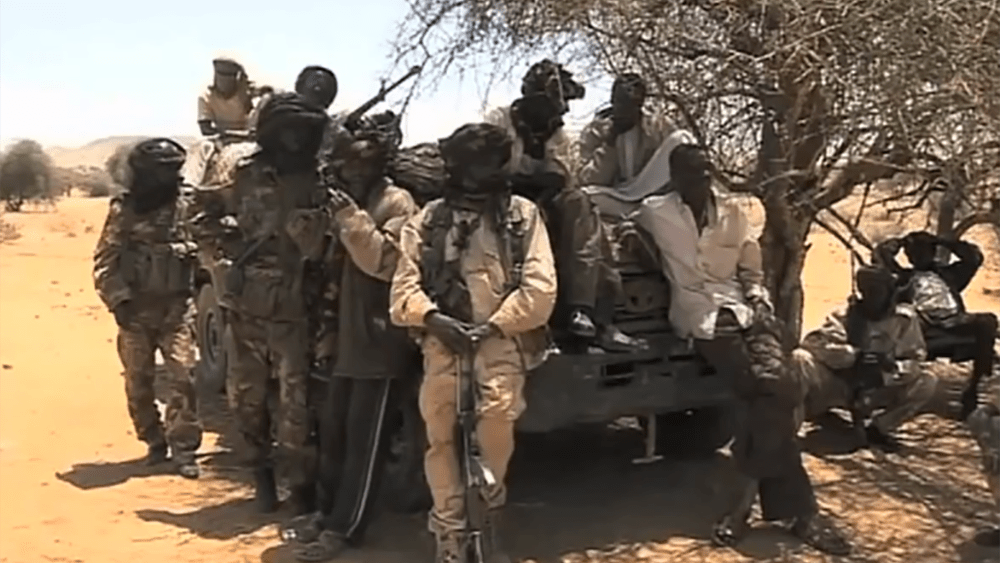 Hopes that the transitional government in Sudan would bring back Christianity as a school subject alongside Islam wilted when officials omitted it from an academic schedule released this month, sources said.

Raja Nicola Eissa Abdel-Masih is the only Christian woman appointed to the council that oversees transition to civilian government in Sudan. She told a group of Sudanese church leaders in an online meeting last Tuesday that council members were working to resolve the issue.

“I have been in communication with the undersecretary in the Ministry of Education in regards to the removal of Christian Religion from the time-table of the subjects for the Basic School Certificate for the year 2020,” Abdel-Masih told the church leaders.

A Coptic Christian who long served as a judge in Sudan’s Ministry of Justice, Abdel-Masih was one of six civilians appointed to the 11-member Sovereignty Council last August. Christians who have suffered under the regime of Omar al-Bashir, deposed in April 2019, hope she and others in the new government can counter an entrenched Islamist mindset.

The Rev. Yahia Abdelrahim Nalu of the Sudan Presbyterian Evangelical Church (SPEC) said the larger issue is that Christian students obliged to study Islamic Religion as a school subject are often forced to convert to Islam.

“Unfortunately, this is what is happening – most Christian students sit for Islamic Religion for the sake of obtaining the certificate, but they end up victims of ‘Islamization’,” Nalu told Morning Star News.

The situation is worse in remote areas where there are no churches or Christian schools to teach Christianity and students are forced to take Islamic Religion, he said.

Pastor Sami Yousif Rahal of the SPEC is a teacher in the eastern Sudan state of Al-Qadarif. At Tuesday’s online conference of Christian leaders, he said more than 650 Christian students in the state were forced to study Islamic Religion.

“As a result, most of these students were forced to be converted to Islam as part of ‘Islamization’ over the past years,” said Rahal.

Effectively prohibiting the teaching of Christianity at government schools by barring the government from hiring Christian teachers, Bashir had left instruction [about] Christianity to churches and Christian schools.

School operation on Sundays in Sudan also has been contested. In July 2017, the Bashir government ordered all Christian schools in the capital to regard Sunday as a work day, but a Transitional Military Council (on April 22, 2019) issued an order to restore Sunday as an official weekend recess day for Christian schools throughout the country.

Disregarding Sunday as a worship day for Christians, Sudan – even before Bashir – had scheduled exams for both primary and secondary schools on Sundays. In March, Sudanese Minister of Education Mohamed Al-Amin Al-Toam said the government would consider excluding Christian holidays and Sundays in scheduling national exams.

Following the secession of South Sudan in 2011, Bashir had vowed to adopt a stricter version of sharia (Islamic law) and recognise only Islamic culture and the Arabic language. Church leaders said Sudanese authorities demolished or confiscated churches and limited Christian literature on the pretext that most Christians left the country following South Sudan’s secession.

In April 2013, the then-Sudanese Minister of Guidance and Endowments announced that no new licenses would be granted for building new churches in Sudan, citing a decrease in the South Sudanese population. Since 2012, Sudan had expelled foreign Christians and bulldozed church buildings. Besides raiding Christian bookstores and arresting Christians, authorities threatened to kill South Sudanese Christians who did not leave or cooperate with them in their effort to find other Christians.

Christians were expected to have greater voice under the new administration.

After Bashir was deposed, military leaders initially formed a military council to rule the country, but further demonstrations led them to accept a transitional government of civilians and military figures, with a predominantly civilian government to be democratically elected in three years.

Christians were expected to have greater voice under the new administration.

The new government sworn in on September 8, 2019 and led by Prime Minister Abdalla Hamdok, an economist, is tasked with governing during a transition period of 39 months. It faces the challenges of rooting out longstanding corruption and an Islamist “deep state”, grounded in Bashir’s 30 years of power.

In light of advances in religious freedom since Bashir was ousted in April, the U.S. State Department announced on December 20 that Sudan had been removed from the list of Countries of Particular Concern (CPC) which engage in or tolerate “systematic, ongoing and egregious violations of religious freedom” and was upgraded to a watch list.

Sudan had been designated a CPC by the U.S. State Department since 1999.

Sudan ranked seventh on Christian support organization Open Doors’ 2020 World Watch List of the countries where it is most difficult to be a Christian.

When a Christian sanitation worker died after a police car struck him in Gujranwala, Pakistan,…

Asia Bibi will spend Christmas in hiding in Pakistan

Asia Bibi will spend Christmas in hiding in Pakistan

Asia Bibi, the Christian Pakistani woman whose blasphemy conviction was overturned in a landmark decision by…

‘Pray for me’ pleads Asia Bibi

David Hastie on how the culture war went to school