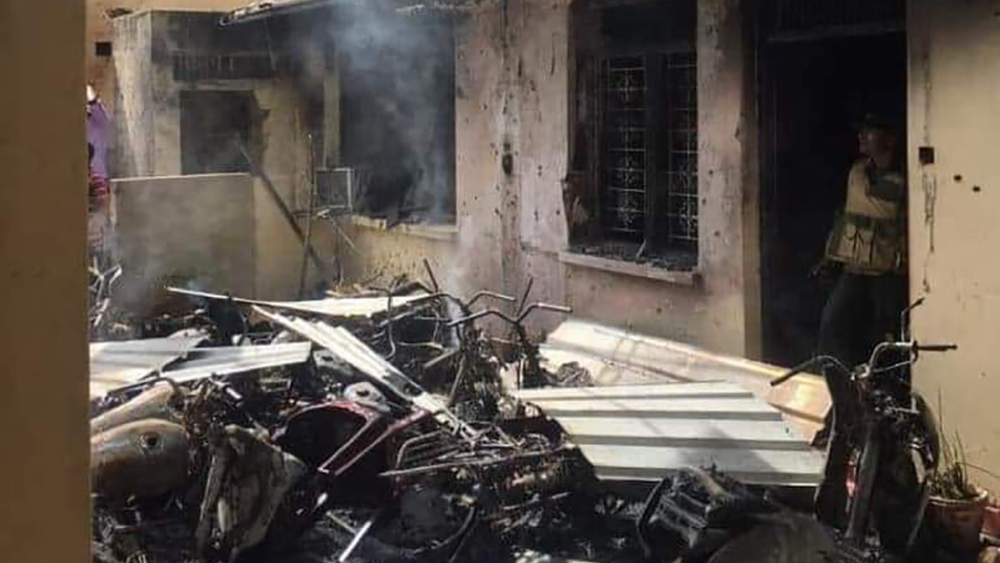 'Children were waiting to be picked up by their parents'

“Today I visited three homes that have lost their children. One being my relative – a 14-year-old boy whose body was in two separate pieces, fully burnt.”

“The others were two of our church member’s close relative’s children (6, 7 and 12 years old).”

“Little did they know they were going to be murdered within a blink of an eye.” – Ernest Somanathan

So began the email that Sri Lankan minister Ernest Somanathan sent this week to his friend in South Australia, Hans Voortman, about the personal toll of Easter Sunday’s bombings.

Somanathan is Sri Lanka’s national director for CRC Churches International and is linked with Batticaloa’s independent Zion Church, one of the three churches targeted by suicide bombers.

At Zion Church in Sri Lanka’s Eastern Province, about 30 people were killed and 100 wounded when a backpack of explosives was thrown at the back of the building. This and other co-ordinated attacks at churches and hotels on Easter Sunday are being claimed by terrorist group ISIS, possibly in retaliation for the massacre of Muslim worshippers in Christchurch last month.

Voortman has been visiting Zion Church, once or twice per year, for more than two decades to help train local leaders. One of the largest churches in the area, Zion has more than 1000 members – in a nation where Christians only comprise 2-3 per cent of the population.

As shared by Voortman with Eternity, Somanathan’s email describes witnessing the pain and torment enveloping the Zion congregation immediately after the bombing. “My uncle, who was the assistant pastor of the Batticaloa Zion Church, lost his son and 14 other innocent Sunday school children.

“One of the church workers had felt something was not right about this new guy who was visiting their church that day.”

The suspicious man had asked to speak with Zion’s main pastor. He was told that Roshan Mahesan (also a close friend of Voortman) was away in London with his wife. The church worker began to question the “new guy” more about his reasons for being at the church and, as Somanathan explains, “because his suspicions grew stronger, he had walked him out of the church to the gate.

“But the terrorist murderer [came] back running and blew up the place, even after seeing there were numerous children standing, eating, playing around waiting for church service to start.

“How could someone be so cruel and heartless to even think of doing something so horrendous? We don’t have the answers, but the only comfort we have right now is that they are with Jesus now and, as stated by Tertullian: ‘The blood of the Martyrs is the seed of the church.’” 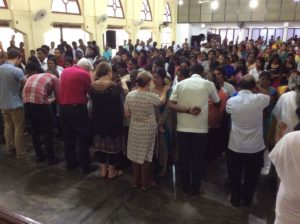 For 23 years, Voortman has been Chairman of CRC Churches International for South Australia, Western Australia and the Northern Territory. He recently retired from also being senior pastor at The Source Church in Stirling, Adelaide Hills, where he served for 28 years. During that period, Voortman, other CRC leaders and Source church members regularly visited Sri Lanka, even during the country’s 25-year civil war that ended in 2009. During the civil war, rebel group Liberation Tigers of Tamil Eelam (known as Tamil Tigers) fought Sri Lanka’s government to create its own independent state.

“During the war years, there was very little training or development of leaders happening in the Eastern Province, which was the Tamil-controlled region of Sri Lanka,” says Voortman about why Zion Church became a hub for growing Christian leaders.

“A lot of the pastors and leaders of churches had fled, leaving behind no leaders or very young leaders. We went in a lot and started opening up training and nurturing of these young leaders.”

CRC Churches International works across denominational lines and in the Eastern Province chose to work with any local Christian eager to learn and lead.

Voortman describes Zion as a thriving church, which has its own FM radio ministry, as well as being a teaching hub for Christians in Sri Lanka. “Zion has been very active in training and facilitating leaders for a long season.”

Voortman and Source Church are saddened for his friends in Sri Lanka who, after enduring civil war, have had peace destabilised again in their country – and church community.

“I think at this stage, they will be totally overwhelmed and devastated. It’s going to take a lot of savvy and pastoral sensitivity by the lead pastor Roshan to bring healing. Obviously, they will look to the Lord and their faith will sustain them but the grief and the loss, as the funerals have started there.

“You know, when you are dealing with children who have been killed, it’s just so atrocious.”

“These innocent people who’ve lost their lives today are in a better place now.” – Hans Voortman

Somanathan’s email to Voortman outlines the anger he felt as he first visited Zion after the bombing: “When we entered Batticaloa, there were posters of at least one child in almost every lane. When we reached my uncle’s place and saw the pain and agony they were going through … oh, the anger that grew in my heart is unexplainable. But, as children of God, he has given us a spirit of calmness and the strength to be patient and trust the Lord with all our heart.”

Before quoting 2 Corinthians 2:10 (“That is why, for Christ’s sake, I delight in weaknesses, in insults, in hardships, in persecutions, in difficulties. For when I am weak, then I am strong”) and Isaiah 41:10 (“So do not fear, for I am with you; do not be dismayed, for I am your God. I will strengthen you and help you; I will uphold you with my righteous right hand”), Somanathan finished his email with a strong message about seeking justice.

“Please, let’s stop talking about how this could have been prevented (although that is very much important because, if necessary measures were taken immediately, then we wouldn’t have lost so many meaningful, innocent lives) and make sure that justice is served soon.

“These innocent people who’ve lost their lives today are in a better place now, but none of them deserved to die the way they did.

“Let’s show our respect, love and support to them by bravely standing up for justice!”

UPDATE: At least seven blasts have been reported across Sri Lanka. Three churches in Negombo,…

But it may be too little, too late, says one Christian activist