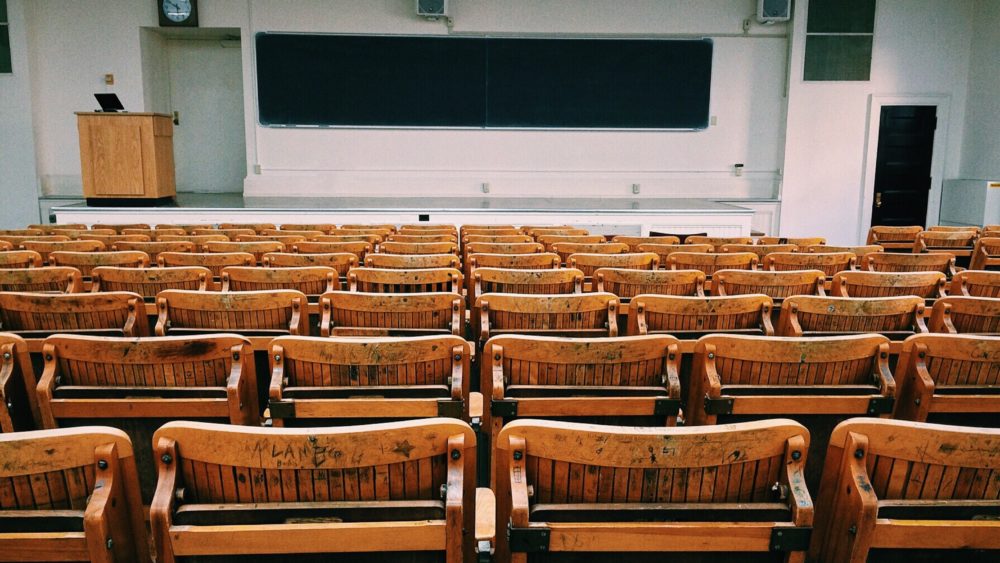 As many of us bunker down in the relative safety of our own homes, spare a thought for those whose livelihood depends on the event, performance and tourism industries.

While the cancellation of events and tours will cause disappointment, inconvenience and possibly some financial loss for attendees, the consequences for organisers and performers will be far greater.

As government restrictions tighten around the number of people who can gather together – measures likely to be in place for at least six months, according to the Federal Government – all events until September 2020 are subject to cancellation or postponement.

Eternity has pulled together this list of some Christian events which already have been cancelled or rescheduled (in alphabetical order). We’d love to hear your additions and comments on our social media pages.

Christian Media Entertainment and Arts Alliance (CMAA) Connect 2020 conference has been cancelled. It was to be held between May 11 and 13. CMAA says, “At this early stage, we are looking to provide a ‘CONNECT Online’ experience in May with some of our speakers.” For more information, visit connectconference.org.au.

Christian Schools National Policy Forum and Symposium for 2020 has been cancelled. It was scheduled for May 25-27 in Canberra. At this stage, the Christian Schools Australia (CSA) Leaders’ Summit is still planned to go ahead in New Zealand on August 19-21, with a final decision to be made early in Term 2, 2020. If it does happen, this will be the first ever combined Australia and New Zealand conference of Christian schools. Keep an eye on the CSA website and social media pages for updates.

C3’s Global Presence tour has been cancelled in 18 cities across the world, after managing to hold only two of their leadership days in Auckland and Sydney. For more information, visit c3churchglobal.com/presence.

Hillsong Colour international conferences in Los Angeles, New York and Cape Town have been cancelled, with registrations automatically transferred to 2021. The events in London (April 30 to May 2), Kiev (May 8-9) and Moscow (May 15-16) have not yet been cancelled, with a note about the London conference on the Hillsong website saying: “Be assured that Hillsong is closely monitoring and acting on the most up to date guidance provided by the UK Government regarding the coronavirus. We will be in touch with all our delegates by email soon with an update.”

There is no similar update as yet about the Hillsong Conference in Sydney (July 7-10) and London (July 22-24). However, for the Hillsong Worship Awake Tour – scheduled across the USA from May 1 to June 26 – a note on its website advises: “Our promoter is in communication with the cities and municipalities that host our events. Health and safety is our number one concern and we will post any changes to upcoming events here on our website.”

The Hillsong Worship and Creative Conference, which has the luxury of being scheduled later in the year – October 21–23 at Sydney’s Hillsong Convention Centre – is set to proceed at this stage.

The Katoomba Easter Convention (April 10-13) in Katoomba, NSW, has been cancelled. Organisers advise that registrations for the conference and accomodation bookings at KCC will be automatically carried over to next year’s conference, to be held April 2-5. They are also offering refunds to those who can’t attend in 2021 – but you need to submit a request before March 29. For more information. visit easterconvention.com.au.

Katoomba Youth Christian Convention (KYCK), attended by 6000 high-schoolers, has been rescheduled from April to later in the year – with three KYCK weekends now on September 25-27, October 9-11 and October 16-18. For more information, visit kyck.org.au.

Movement Day Australia – a national event aimed at bringing together Christian leaders in different cities – has cancelled its two-day event that was to be held on May 6-7 in Melbourne. For more information, email contact@movementday.com.au.

Oberammergau Passion Play 2020 planned to open on 16 May in Oberammergau, Germany, but has been postponed until 2022. The play – which only takes place every ten years – is now scheduled for May 21, 2022, with further performances to be announced at a later date. It’s notable that the Passion Play first began in 1633 during the time of the bubonic plague when the people of Oberammergau “vowed to perform the suffering, death and resurrection of Christ if no one died of the plague anymore.” Previous cancellations of the Passion Play include in 1770 due to a “general ban,” and in 1940 when a performance was stopped by the Second World War. The play was also postponed 100 years ago, in 1920, by the local council due to the large number of World War One casualties. It was held in 1922. For more information, including reservations for 2022 or refunds, visit passionsspiele-oberammergau.de/en/home.

The postponement of the Passion Play also impacts tour operators, such as Australian based Christian Fellowship Tours (CFT), which has postponed tours based around the Passion Play and exploring surrounding areas. CFT has also postponed all tours which were to run before May 31, 2020 and is currently reviewing other tours until August 15, 2020. These are likely to be cancelled or postponed shortly. CFT is hopeful to start running again from mid-August, but says “this decision will only be made once we can be sure of the health and safety of both our travellers and team.” CFT has advised that it will issue credit to customers whose tours have been cancelled so they can book another tour when the COVID-19 crisis has passed. For more information, visit christianfellowshiptours.com.

Scripture Union (SU) NSW has cancelled all its 2020 Autumn camps, and says, “We’re praying 2020 Winter Camps will proceed as normal.” Watch its Facebook page for updates or visit sunsw.org.au/camps. There is no advice yet about SU Queensland camps on its website. For other SU events, check your state’s SU website.

Society of Biblical Literature (SBL) international meeting has been cancelled. This theological conference attracts up to 1000 scholars and was organised for July 5-9. For the first time, it was to be held in Adelaide, marking only the second time in Australia (having been held in Melbourne in 1992). At this stage SBL’s annual meeting, which attracts around 10,000 people, is still going ahead on November 21-24 in Boston, Massachusetts in the United States. For more information visit sbl-site.org.

Surrender Australia took a proactive approach to the cancellation of its 2020 conference scheduled for March 19-22. It has turned to digital sessions, workshops and forums for delegates, both live and pre-recorded, and is uploading resources to their website. For more information visit surrender.org.au.

The annual World Christianity Conference, originally scheduled for March 11-13, was cancelled. This international, interdisciplinary conference attracts several hundred delegates from across the world and is organised by The World Christianity &and History of Religions Program at Princeton Theological Seminary, USA. For more information visit ptsem.edu/events/world-christianity-conference.

“I will say this: while you may not be able to go to church, the…