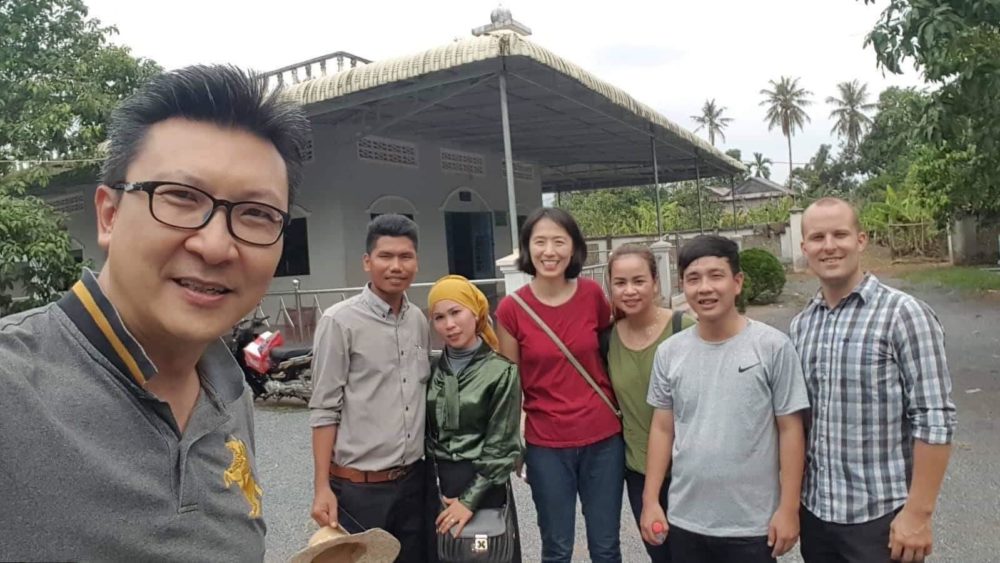 Australian missionary Martin Chan faces another week in a Cambodian prison, waiting to hear if he will be granted bail.

Chan was jailed in November last year, facing a fraud charge linked to a failed building project. He fronted a Phnom Penh appeals court on Tuesday, after his bail application – which had twice been denied in a provincial court – was heard.

“Martin had an option to be moved but he chose to stay … so he could witness to people.” – Sung Ho Lee

The court may hand down a bail decision this Friday. However, no date has yet been set for the trial.

“I’m worried about Martin’s physical health. He’s not well. He’s in an overcrowded room and he’s got scabies. He’s starting to deteriorate physically. Mentally, he’s usually one of the most jovial, fun-loving, super-positive, happy guys but he’s losing a bit of hope,” Eternity was told by Sung Ho Lee, who has known Chan for 14 years after attending the same church, a congregation of Sae Soon Presbyterian Church in North Rocks, Sydney.

“Having said that,” Lee continued, “Martin had an option to be moved but he chose to stay in that room so he could be there to witness to people.”

Chan was imprisoned due to his involvement with a project to build a bilingual international school (“His School”) for 1000 students near Cambodia’s capital of Phnom Penh. The project was designed by Christian charity His International Services Australia (HISA), where Chan was working – as a volunteer – alongside HISA director Jung Young Kim.

When construction of the half-finished school was halted in 2016 “due to financial problems” (according to the HISA website), the Cambodian construction company, PHV, accused HISA of acting fraudulently.

At the time, PHV received only around $900,000 of the $2.9 million project, according to local news source The Phnom Penh Post.

PHV filed a lawsuit against Chan and Jung Young Kim (as representatives of HISA) for halting the construction project “without a reason”.

Chan – who, despite his volunteer status, was appointed as a director and chairman of HISA – was left to handle the dispute while Jung Young Kim returned to her home country of Korea. She told the ABC that “it was easier to fight charges from outside [Cambodia].” Jung Young Kim also said the case is an “injustice” and the charges are “made up”.

In court on Tuesday, it was explained that HISA (and Chan) had already been cleared of wrongdoing when the dispute went to the National Commercial Arbitration Centre in 2017. However, he remains held on fraud charges.

“It’s just unreal,” Deborah Kim, Chan’s wife, told the ABC. “If Martin did something wrong, then I can understand, but he hasn’t done anything wrong, yet he’s in jail. I never ever imagined anything like this.”

She continued: “Martin was just a volunteer to oversee the project. He did everything, but he was not paid as a volunteer …

“I guess we didn’t really think through how much it will affect us putting his name, because he put his name as a director and chairman.” 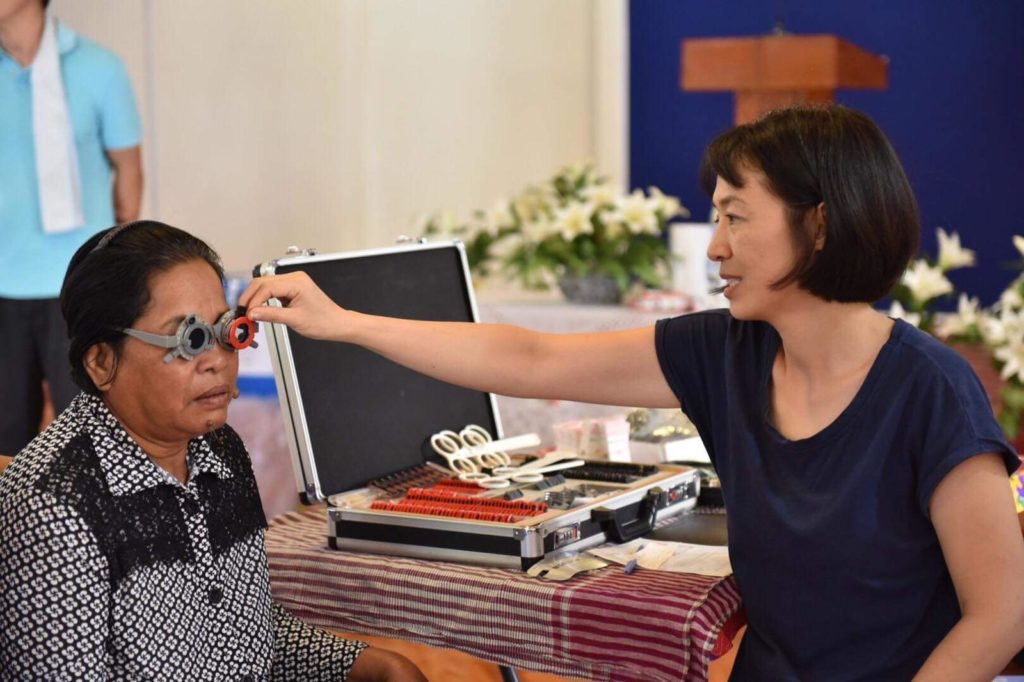 More than 14,000 people have signed a petition created by Deborah Kim, asking the Australian government to advocate for her husband’s release.

According to Sung Ho Lee, the only help forthcoming from the government so far has been an offer of legal support. “But we already have legal support,” said Lee, adding that the church has been fundraising to help pay for it.

“I have lost my freedom as an Australian citizen …” – Martin Chan

Martin Chan and Deborah Kim had been living in Cambodia for seven years as missionaries for His Child, an arm of HISA involving an orphanage, a ministry to underprivileged teenagers and a day care centre. As well as the planned school, in 2016 HISA also founded a church with a number of outreach ministries.

Before returning to a cell in Kandal Provincial Prison, which he reportedly shares with 90 other inmates, Chan said in court this week: “I have lost my freedom as an Australian citizen …”

“I am worried that this will be prolonged until I don’t know when.”

His wife had similar sentiments, telling AAP outside the court: “The judge didn’t consider the arbitration result at all. He only talked about the plaintiff’s accusations of fraud.” 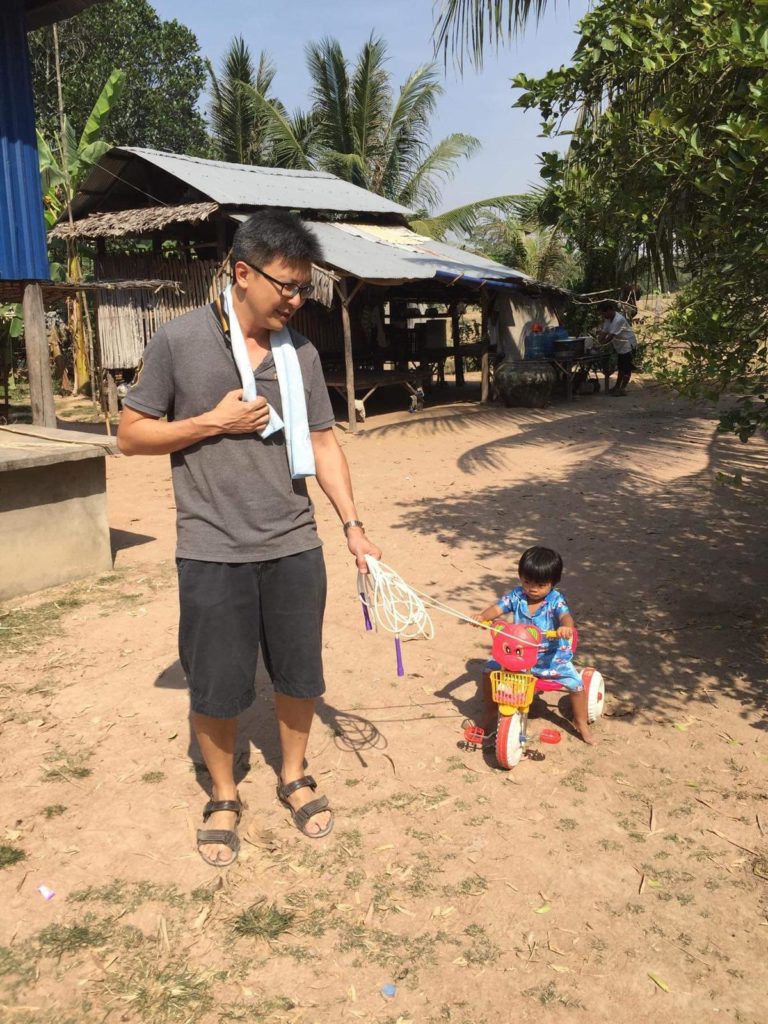 If found guilty, Chan faces up to three years in prison and a fine of just over AU$2000, according to a report from local news service The Phnom Penh Post.

According to his friend Lee, if Chan is freed, he hopes to stay in Cambodia to continue missionary work. “Martin and Deborah have made it clear that’s where their hearts lie and where God’s called them. It’s about clearing these charges so they can continue their mission work in Cambodia, serving the community. That’s a testimony to Martin’s character.”

“We all burst into tears” is how Ivan Lee recalled telling his wife and children,…

What’s driving so many to the summit?

Seafood slavery: God will not be mocked

Seafood slavery: God will not be mocked

The malaise in our world today is that slavery makes a mockery of God. I…