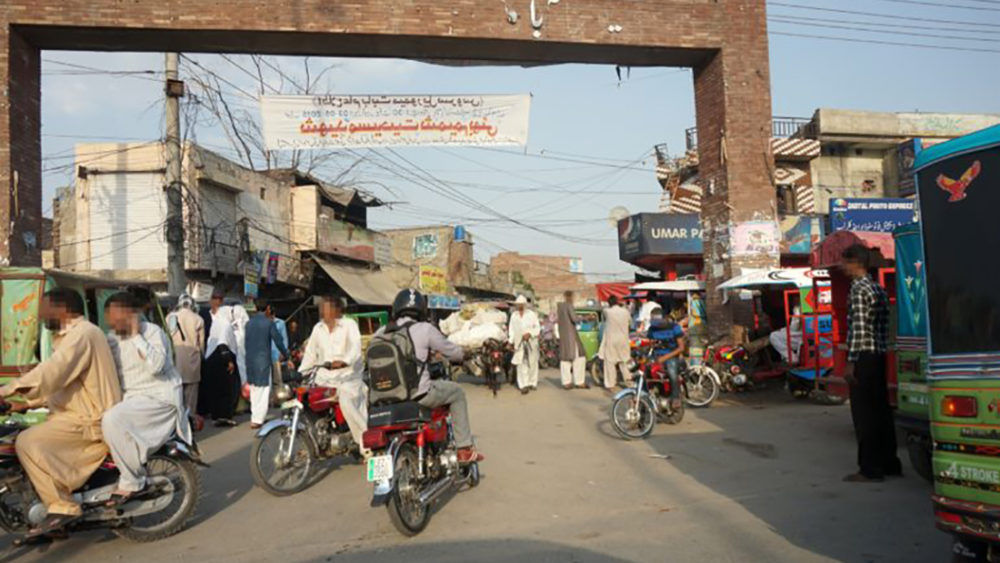 Forty Pakistani Christians, who have been on trial for the murder of two men during a violent protest following Easter suicide attacks on two churches in Youhanabad – a majority-Christian area in Lahore – have been freed by the Lahore Anti-Terrorism Court.

Two others, arrested with them, have already died, allegedly due to a lack of access to medical treatment.

“Their deaths acted as catalysts and became an advocacy bridge for pushing for action and justice.”

The twin suicide bombings on 15 March, 2015, which killed 17 and injured another 80, were claimed by a splinter group of the Taliban, Jamaat-ul-Ahrar.

The death toll would have been much higher if church volunteers on ‘security duty’ had not acted quickly to defend worshippers.

In riots that erupted following the bomb blasts, a mob killed two Muslim men whom they believed had been involved in the attacks. In the end, 42 Christians went on trial for their murder, but two died in prison before 2018. The other 40 have been waiting for their appeal to be heard by the Lahore High Court. The group has reached a financial settlement with the families of the two men, which under Pakistani law allows for all their acquittal.

The Anti-Terrorism Court announced the verdict on 29 January, acquitting all – including those who had died – after recording the statements of the victims’ families. They told the court that they had arrived at an agreement with the suspects and would have no objections over their acquittal.

A local reacted: “As we give thanks as Christians in Pakistan, one cannot get away from the brutal realities of what this means. The journey of physical, emotional and spiritual healing ahead is a long one. Pray for the right people to be positioned alongside them.”

“We also reflect on the lives and deaths of the two [who died in prison].

“If they had not, the release of the 40 would not have happened. Their deaths acted as catalysts and became an advocacy bridge for pushing for action and justice.”

In 2015, the Christians of Yohanabad had been angry in the immediate aftermath of the twin suicide attacks on their churches because, in 2014, Pakistan’s Supreme Court had ordered the creation of a special police force to protect minority worship places. This was later scrapped.

Punjab Human Rights and Minority Affairs Minister, Khalil Tahir Sandhu, had said “there was no need of raising another force for this purpose” because the protection of worship places “was quite satisfactory in the Punjab and reasonable security was being provided”.

Napoleon Qayyum, who lived 100 yards from one of the bombed churches, said police were not providing security to the church: “The local police station had been requested to provide a walk-through gate for security, but no such measure was put in place.”

News of their murder filled the Pakistani media … overshadowing the deaths of the 17 Christians and injury to 80 more.

A Catholic nun, Sister Arsene, reached one church 30 minutes after it had been bombed. She tried to explain to the BBC why the subsequent anger had spilled out of control. “We’re treated as second class citizens. We’d like the government to give Christians our due place and due right. That’s why the angry youths reacted.”

At the time, there were conflicting reports about the two men set upon by the angry mob. Some reports said the two carried weapons, other reports said they had been firing them.

The two, who had been arrested and put into a police vehicle, were apparently forced out of the vehicle, beaten up and eventually burned alive on Ferozepur Road. Some social media reported they were suspects thought to have attacked the churches. Other reports said they were, separately, planning to attack another small church in Khaliqnagar, a Christian settlement next to Yahounabad.

However, some days later, they were finally identified as Muhammad Naeem, a local glasscutter, and Babar Nauman, a hosiery worker from Sargodha; it appeared that they had had nothing to do with the church attacks.

News of their murder filled the Pakistani media, somewhat overshadowing the deaths of the 17 Christians and injury to 80 more.

As gory images of their lynching ran on TV and more details emerged, for many Pakistanis earlier sympathy with the Christian community slowly turned into animosity.

One young Muslim commented on a Facebook post: “Christians (Chuhras) have set on fire two Muslims today. I am only sad about their death.” (“Chuhra” is a pejorative term often used to describe Christians).

“The Tehrik-e-Taliban Jamaatul Ahrar accepts responsibility for the [2015] attacks on the churches in Lahore,” its spokesman Ehsanullah Ehsan later told reporters. “We promise that until an Islamic system is put into place in Pakistan, such attacks will continue. If Pakistan’s rulers think they can stop us, they can try.”

In March 2016, on Easter Sunday, the Pakistani Christian community experienced the deadliest terror attack in the history of Punjab, Pakistan’s most populous, and most Christian, state. The same Jamaat-ul-Ahrar bombed a popular children’s park in Lahore as families thronged to enjoy their holiday. At least 76 died, many of them children, with over 300 injured. )Christians make up just 2 per cent of Muslim Pakistan. They are somewhat more prevalent in Lahore, which has about 10 million people; around 5 per cent are Christian).

At Easter 2017, Pakistan’s security forces said they prevented a “major” terror attack on Christians in Lahore over the same weekend. The police caught the attackers in time, killing one suspect, Ali Tariq, and making two arrests during a Good Friday raid at the Punjab Housing Society in Lahore. Two suicide vests and four grenades were recovered from the scene.

Earlier, police had released a memo warning the city’s residents: “Reliable sources have informed us that two suicide bombers of an unidentified terrorist organisation have entered Lahore with the intention of carrying out attacks in churches or parks on 16/17 April. They have been equipped with suicide jackets and will target areas where the presence of Christians will be high.”

One of those arrested was a 20-year-old woman, Naureen Leghari, who’d been to join Islamic State group in Syria. The medical student confessed to returning to Lahore with the intention of carrying out a suicide bombing against a church during Easter 2017, according to an interview broadcast on local television.

Police later released her, saying that she had undergone rehabilitation and that IS had deceived her.

Prosecutor offered 40 their freedom if they converted to Islam

In May 2017, it came to light that the Lahore deputy district public prosecutor Syed Anees Shah had told the 40 Christians they would be freed if they converted to Islam. He was later found guilty of proselytism and suspended.

Shah was criticised for his alleged comment by Malik Muhammmad Ahmed Khan, then-special assistant to the chief minister of Punjab, who said the offer “is not just shameful but a heinous crime … We are all set to end the extremist mindset and steer the country to a tolerant and moderate society. Therefore, we cannot tolerate anyone in the government machinery with this mindset.”

Pakistan’s Senate Special Committee on Human Rights said almost two years ago that “terrorism charges against the [Christians] arrested should be dropped and they should be tried in civil courts”, as Pakistani newspaper Dawn reported.

At that time (May, 2018), then-Senator Farhatullah Babar said: “[Three] years ago, two churches were targeted in Youhanabad, as a result of which [many] Christian citizens died.”

“People in the area conducted protests to condemn the deaths of their fellow citizens – as is their right. These people were charged with terrorism and have been rotting in jail.”

In September, 2013, a suicide bomber had blown himself up outside a 130-year-old church in Peshawar after Sunday Mass, killing around 80.

The group’s acquittal came on the same day that the most well-known Pakistani Christian, Asia Bibi, published her biography (in French only, Enfin Libre (Free at Long Last), written with French journalist Anne-Isabelle Tollet, author of two previous books with the woman who survived nine years in prison on false charges of blasphemy.

“You know my story from the media, perhaps you have tried to put yourself in my place to understand what I suffered,” Asia Bibi was quoted saying in a press release announcing the new book.

“But you are far from understanding my day to day existence in prison, or my new life, and that is why I tell you everything in this book.”