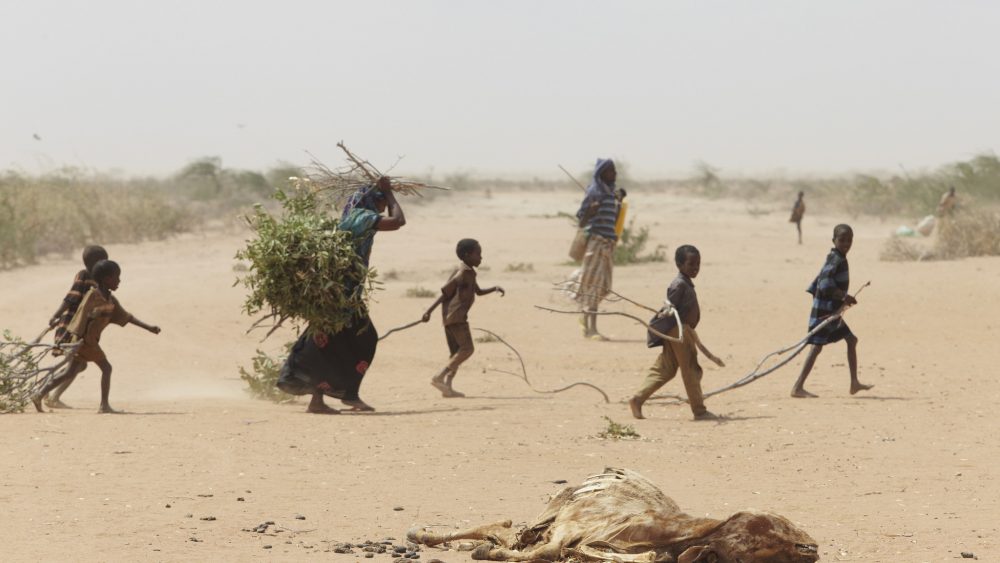 20 million people are on the brink of starvation

But you can help

Australian Christians are being urged to stop and bring the East Africa hunger crisis before God on October 16, which is World Food Day.

In a move that is counter-intuitive to a typical call to action, Baptist World Aid Australia has chosen the theme of “Be still” for its “Call to prayer” for an apparently forgotten crisis – catastrophic food shortages in South Sudan, Somalia, Nigeria and Yemen that are hitting an estimated 20 million people.

The prayer call is based on Psalm 46:9-10: He makes wars cease to the ends of the earth. He breaks the bow and shatters the spear; he burns the shields with fire. He says, “Be still, and know that I am God; I will be exalted among the nations, I will be exalted in the earth.”

Rather than asking for money, the campaign seeks to engage Baptist churches and individual Christians at a spiritual and emotional level with the complex issues behind the crisis, which include conflict and loss of infrastructure as well as drought. An estimated one million people have fled South Sudan through conflict and hunger and established informal settlements in northern Uganda.

“It’s a hard thing for people to get their heads around – it’s complex – and we wanted to create some messaging that cuts through that,” says Baptist World Aid Australia’s marketing coordinator Ellaina Welsman.

“We want people to really engage with this holistically … remember that before we give, before we pray, before we go and advocate, let’s come before God and listen to him and remember that we’re part of his plans in whatever happens in this world.”

“The human needs in the countries impacted by this famine are so critical and we in Australia can make a difference.” – Paul O’Callaghan

Welsman has created a package of resources for churches and individuals that includes a story about a victim, Magdallene, who fled war in South Sudan with her children across the border into Uganda. It also suggests actions such as writing letters to local media to raise awareness of the crisis. Anglican Overseas Aid is looking at using the same resources to promote awareness of and response to the crisis.

“What we’ve seen in the media is a counter-narrative – we weren’t hearing stories of people affected by the crisis in East Africa or Yemen; we were hearing stories that Australians weren’t responding … it was quite negative,” says Welsman.

The figure of 20 million hungry people prompted the UN to describe the situation as the world’s worst humanitarian crisis since World War II. And yet a recent survey by Catholic charity Caritas found two-thirds of Australians know little, if anything, about the crisis.

“In response to the Ethiopian famine of 1984, hundreds of thousands of Australians took action,” says Paul O’Callaghan, CEO of Caritas Australia.

“They were generous with donations and many became part of a global movement led by Bono and the Live Aid concerts to end hunger and poverty. This time the scale is larger but it is just not on our radar.”

He cites independent polling showing that nearly a quarter of Australians would be willing to donate if they knew there was a famine in Africa affecting millions of people.

“The human needs in the countries impacted by this famine are so critical and we in Australia can make a difference.”

Disaster management expert Dan Skehan of Baptist World Aid Australia says that although the famine declared in South Sudan was lifted in June thanks to increased food aid, it is still in an extreme situation with a lot of hunger.

Skehan says he can empathise with Christians who feel overwhelmed by the extent of the tragedy.

“This is why we’re just asking people to stop. We are global citizens. If Jesus was here, what would he do? What would he be calling us to do? And particularly in the 24-hour news and media cycle there’s a lot of churn and we move on to the next event pretty quickly. But in this region there are millions of people with severe food insecurity so that means that children are going to bed hungry,” he says.

“Hunger is a terrible thing and it’s something I’ve never really had to endure but this is going on, so we’re asking people to stop and reflect that, when we talk about a million refugees fleeing persecution, we talk about 20 million people food insecure, what does that actually mean?”

Millions are starving in East Africa and Yemen… your gift provides life-saving food and water for hungry families.

Around five million people marched on the first Sunday in February, in 28 of Nigeria’s…

Especially in a global health pandemic

“Gruesome, unfortunate and a shame on the federal government”