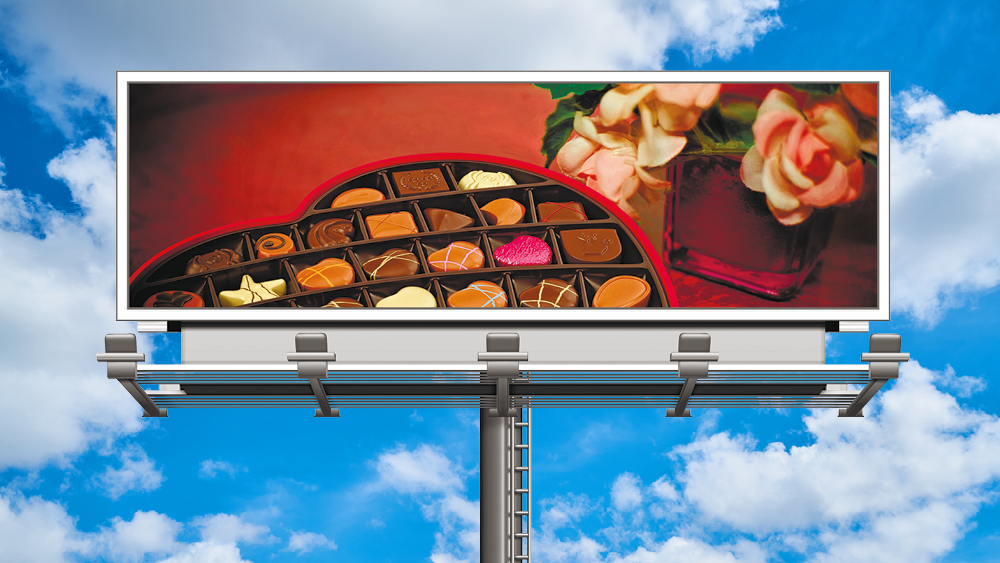 Whose lie is it anyway?

Greg Clarke on the antidote to deceiving ourselves

Driving innocently in Sydney recently, I was assaulted by a profound lie, up there on a billboard on the main road. “The best chocolate you’ll ever have”, it read.

I’d had that chocolate. It wasn’t the best. It was in the bottom half of my chocolate experiences, and I’ll never buy it again.

This can’t be healthy for any of us.

But it doesn’t seem to matter in advertising. You can get away with pretty much any kind of unsubstantiated claim. The rules of our otherwise data-driven, scientifically conscious, legally sensitive society don’t seem to apply when it comes to promotions. Rhetorical flourishes abound, and chocolate lovers can find themselves sorely disappointed.

Billboard advertising is hardly the worst of it. This contentment with deception has leaked into much of the media. Television news, for example, gets away with turning their own channel’s new shows into news items: “And breaking news for you now, Channel X has released a new quiz show”. We know that’s not really news, but we just let it slip past, because what else can we do?

Turn to social media, and it feels like lying, exaggerating and deception dominate. No one gets pulled up for doing it; instead, it just generates more commentary and the platforms themselves seem to be happy with that. Even experienced journalists seem to slip into click-bait territory as they desperately try to be the first, the most fascinating and the most outrageous commentator on the issue of the day.

This can’t be healthy for any of us. The lie has to be the most anti-human act of all.

In her classic book, Lying, Harvard medical ethicist Sissela Bok offered a forensic study of all the many and various ways that human beings lie. Exaggerations, euphemisms, evasions, excuses: they are all lies in the end. Her conclusion was that telling the truth ultimately makes us happier because we are ‘doing unto others’ as we would have done to us. Familiars words.

St Augustine is the theologian most connected with the study of lying, and he was clear. Lying is all of the devil, he says, because your heart isn’t lining up with your words. Get those things aligned, and you will be living as God intended.

So you need to know your own heart and put yourself in your hearer’s shoes in order to be honest. How do you do that?

Prayer is your internal pleading with God. There’s no point faking it.

I think the solution may be prayerfulness. It’s not my solution, but Huckleberry Finn’s. “You can’t pray a lie,” said Huck. If more of our social interactions were like silent prayer, we might get somewhere.

Prayer is your internal pleading with God. There’s no point faking it. No one else is listening, and God can’t be tricked. It’s a great training ground for when you do open your mouth or tap your keyboard.

When we do that, we might use one of the old church youth group mnemonics to help us, such as ‘SPOTS’ (which kept me praying as a kid).

First, we express our Sorrow at the ways we have messed up. Honest confession of error on Twitter, not defending the indefensible. A posture of humble penitence. Let’s see it.

Next, we offer Praise, which is giving credit where credit is due. If your cultural or political opponent has said something worthwhile, praise it instead of spinning it wildly to try to win back a point. That’s got to be refreshing.

Third, we think of Others. An others-first approach to public discussion would be astonishing. It would break the conflict paradigm of journalism as proponents sought the good of each other.

Fourth, a spirit of Thankfulness should prevail. This actually works already in social media. When people display their gratitude, it harvests an abundance of likes and retweets, as if we just needed permission to let our the feelings of joy we have in so many areas of life. Thanks for small blessings, thanks for the weather, thanks for friends, thanks for recovery from illness, thanks for lives well lived. The very utterance of thankfulness seems to increase benevolence and peace. It’s like a wonder drug.

And finally, we offer up something of the Self. I was taught this was always the last thing to pray about, an excellent principle which goes against the deep structure of social media where it is your account, your opinions, your followers. Having said that, we do like self-revelation, we like knowing what’s happening in each other’s worlds. That’s the whole reason Facebook rules the world: it connects our selves. And that’s good. It should just come last in our priorities.

If our external selves were more like our praying selves, we might get somewhere in changing the cultural of deception that dominates world communications at the moment. There’d be a lot less fake chocolate news, but is that a bad thing?

One person’s weird is another person’s normal, I know. And these days, thanks to the…

The biblical proportions of wine bottles… and toy donkeys

Learning contentment is a work in progress for Alan Stanley

Australian students are in the throes of study stress, with final high school exams underway…