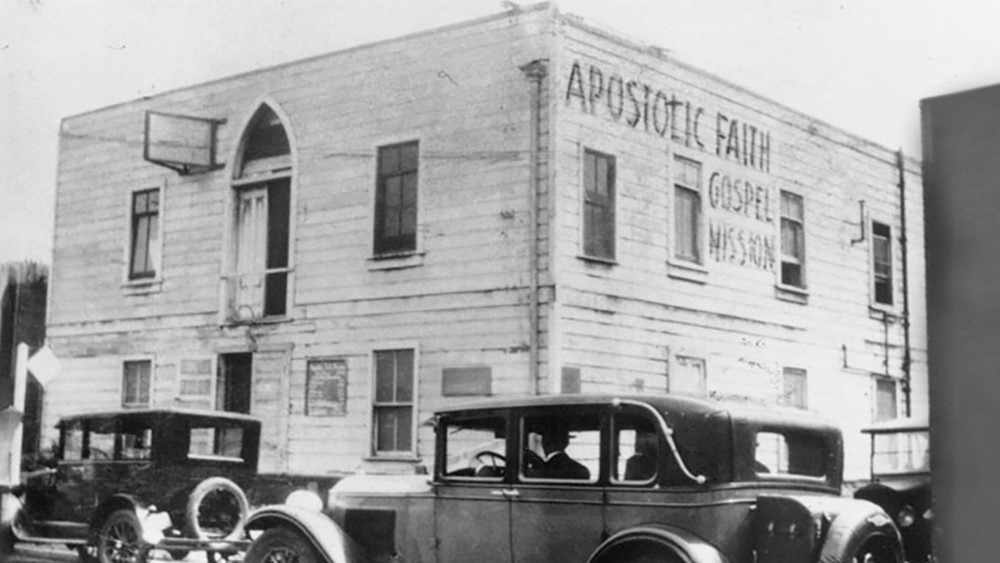 The latest in a series of articles in secular media seeking to explain Prime Minister Scott Morrison by analysing his religious views came from Professor Philip Almond, writing in The Conversation. His  article, Five aspects of Pentecostalism that shed light on Scott Morrison’s politics, lists five key characteristics of Pentecostalism “that will likely shape Morrison’s actions as a re-elected Prime Minister commanding huge authority in his party”, namely: miracles; divine providence; prosperity theology; exclusivism and piety.

This “explainer” by an academic who is external to Morrison’s religious family falls desperately short, and feels simplistic if not inaccurate to me, with 15 years’ experience as a Pentecostal pastor and nearly as many years studying social science, with postgraduate qualifications in ministry.

Its worth noting that I am generally labelled one of those “social justice warrior” types – a card-carrying activist for climate justice and advocate for human rights. I’m more likely to vote for the Greens than the Liberal Party.

I’m also part of the same movement or denomination that the Prime Minister is part of. I found faith at age 16 in a church similar to Morrison’s Horizon Church, and for nearly 20 years the church has been my community and given me opportunity to flourish. Despite its imperfections, I found Jesus in the Pentecostal church and it’s been my home and family for more than half of my life.

Almond’s article explains that “miracles is a central tenant of Pentecostalism” and this is “a central feature of Pentecostal belief and worship”. From my perspective, such a belief has little to do with the Prime Minister’s actions or decisions outside of his now infamous re-election speech. It seems to be most likely included in Almond’s article in order to make a particular perspective – in this case, a Pentecostal worldview – look foolish. To be fair, we don’t always need help with that. I don’t mean Pentecostals – at least not only – I mean people. Every faith has different ideas about God’s sovereignty and intervention. My friend Jarrod McKenna likes to say “At its best, our faith is more than intellectual understanding, but sometimes, it’s not even intellectual understanding”.

The Pentecostal movement is more experience than explanation, more encounter than intellectualism.

Perhaps we should debate less over whether miracles happen but rather ask “what is the miracle the world needs?”. “How we can be part of seeing a miracle made”? Pentecost (Acts 2) is a promise for all of us. It is the beginnings of movement towards all that is promised – that God does meet us in the midst of life’s challenges, even if we don’t entirely understand it.

Almond summarises the Pentecostal faith into the belief that “God is in control”. He asserts that Pentecostals fail to act on issues of social and environmental justice, believing it “is all part of God’s providential plan, and there is precious little that we need to or can do about it”. His analysis sounds more like it is describing fundamentalist literalism, which is a kind of over-simplification

Perhaps many of us would articulate our faith in these terms, despite knowing they are inadequate. However, it seems to me that though many of us have inherited such platitudes, we don’t actually live by them.

In a tradition centred around experience and personal interpretation, practice and witness are more helpful than doctrine in understanding and also in calling us to a better place. Many of us recount “knowing something” about an experience of God before being able to put it into words. If the example of the biblical account of Pentecost is our model, our own experience of God, should lead us to a bigger vision of what is possible.

Pentecostalism – especially the versions found in Australia – is shedding a “quietist” tradition and is becoming much more engaged in social justice movements.

Some of the largest Christian organisations, many with Pentecostal leadership or participation, are leading the charge for transformation, not just in the church but beyond.

Next, Almond neatly ties neo-liberal economics to Pentecostal prosperity theology. He comments that “this theology aligns perfectly with the neo-liberal economic views” and “there is no sense in Pentecostal economics of a Jesus Christ who was on the side of the poor and oppressed.” OK, granted, he probably has a point. Or at least an observation. But here’s where it goes wrong in my eyes.

This is a movement that started among “the least of these”, and is growing fastest in size and influence in the majority world, often in settings of poverty, violence and inequality. From the outset of the early church in Acts, compassion, equity and generosity were characteristic, and so too were they with the early Pentecostal movements.

Pentecostalism is grounded in a history of God who moves in tangible ways.

Maybe if you come from a Pentecostal background you have heard of the Azusa Street revival. You may not have heard of its leader, William Seymour. Blind in one eye, the child of recently emancipated slaves, Seymour joined the emerging charismatic renewal movement, with Charles Fox Parham teaching at the forefront. Eventually, racial tensions in the south led to conflict around interracial fellowship. Leaders including Parham retreated to segregation and even Ku Klux Klan participation. William Seymour and other African-American members, along with a number of allies, began gathering for worship and prayer in a hollowed-out warehouse on Azusa Street, and the rest is history, as they say.

Most of our Pentecostal denominations today trace their roots to the Apostolic Faith Mission of William Seymour. Pentecostalism is grounded in a history of God who moves in tangible ways, in the midst of those who suffer violence, oppression, poverty and inequality. Sounds a lot like the wider story of Scripture. God hears our cries; miracles do happen.

Our real challenge is to be obedient when it comes to extending our experience of God’s inclusion and embrace, for all people.

Almond’s questions about prosperity doctrine and market economics are worth asking, but in my opinion it isn’t the faith tradition that is the problem. Rather it is our society’s “principalities and powers” that should be questioned. I agree that a church that pledges allegiance to consumerism must change, but if we are true to our worldview and our Pentecostal roots, this will not remain left unchallenged.

Our real challenge is to be obedient when it comes to extending our experience of God’s inclusion and embrace, for all people, even when that requires taking up a cross and dying to our own privilege, excess or iniquity.

US pastor Jonathan Martin (The Table Church, Oklahoma City, Kentucky) said recently “Pentecostal roots gave me misfit religion, made me comfortable on the fringes”. Perhaps those members of this “misfit religion” are perfectly positioned to raise their voices for the those who are also on the fringes.

The best Pentecostal perspectives challenges us to live a different reality – one that witnesses to Jubilee (that biblical motif of equity in opportunity, resource, provision and inclusion that fosters community and sustainability). The best in Pentecostal consciousness tells us we know that all this is possible because we have experienced it.

4 & 5. Exclusivism and Piety (and all manner of things really)

Professor Almond goes on to paint “our way is the only way” styled exclusivism, along with an emphasis on personal moral choices, as a measuring stick of faith that is unique to Pentecostal Christians.

You can certainly find that in some of our Pentecostal circles. But most Christians will have heard it from all sorts of traditions. Someone else’s “sin” is always worse and our worship is always the right way.

We all imagine we actually know God the right way and would much rather identify “sins” that don’t require looking inward.

The best Pentecostal theology leads us here: God is present in the stranger.

What might be particular to Pentecostals is a theology that not only gives hope for something different but the experience of a practice and powerful movement towards that difference. The first consequence of the pouring out of the Spirit on those gathered on the day of Pentecost was that they spoke each other’s language. Not “glossolalia” (heavenly language) but “xenolalia” (foreign tongues). They were able to hear and be heard by those who were different from them. (An interesting side note is found in a recent study that found people who speak more than one language have a significantly higher emotional intelligence, suggesting that the wider our conversation, the deeper our understanding).

The best of my experience of this tradition is that God welcomed me when my world felt very unwelcoming. I found community. I learned from others. I have been led to love others. And all of this is in great part due to the people, movement and the teaching I encountered.

There is no them and us, only us.

Today I am making a commitment to keep trying to build bridges and avoid building barriers, because I might have something to learn from you. We aren’t so different after all. There is no “them and us” in Jesus, as Galatians 3 puts it.

There is no them and us, only us. That is everything you need to know about Pentecostal Theology.