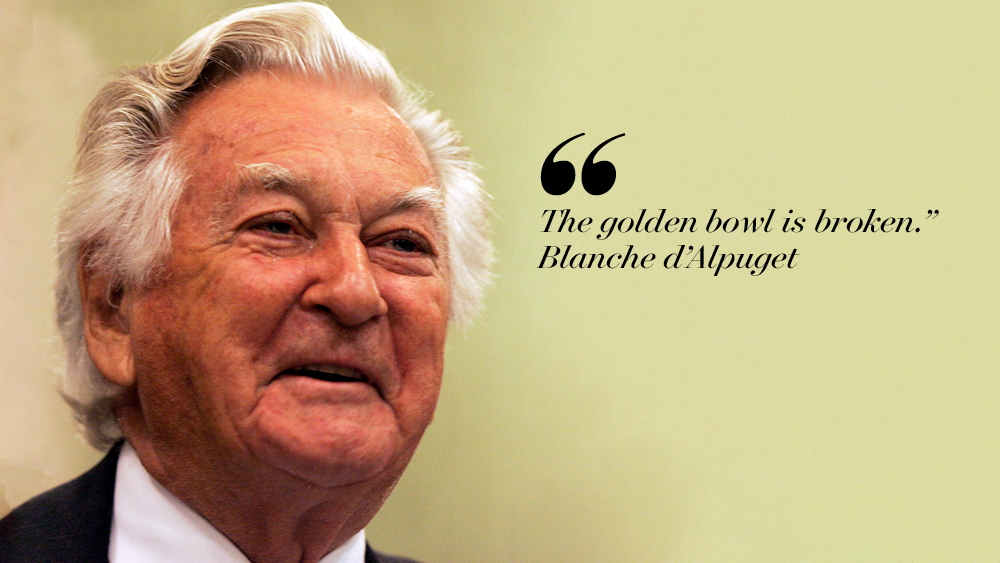 It’s a little frustrating. People are using Christianity, my religion, to build their personal brands. I was first alerted to it in 2015 when someone showed me a photo from Kim Kardashian’s ‘socials’ where her daughter was carrying a pink Bible-themed sticker book.  Why go out in public with that book, I wondered? What is being communicated by the queen of social media? Perhaps having a portable Sunday School lesson is a sign of being a good mother? Christian virtue signalling? I really don’t know.

While I’ve been writing this, I’ve also discovered that Kardashian and husband Kanye West have just welcomed a fourth child born by a surrogate and have “gone biblical,” according to the press, and named her ‘Psalm West’. Maybe the biblical connection goes deeper. I really don’t know. Lord help us, it’s really hard to tell these days.

Celebrity culture is one thing; rugby is another. People are quoting Bible verses, getting sacked for it, praying on the pitch, and pointing to the heavens after they score. Then there’s politics. Prime ministers are citing theological beliefs in their victory speeches after debating hell during their election campaigns. Even dead politicians who described themselves as profoundly agnostic are being commemorated with Scripture. “The golden bowl is broken,” wrote Blanche d’Alpuget in her statement on her husband Bob Hawke’s death, quoting from Ecclesiastes. I do hope she did so deliberately, to invoke that wonderful passage about remembering your Creator in the day of your youth (something Hawke did before losing faith).

Stanley Fish, the literary critic, was asked in the late ’90s what theme would define the 21st century. To everyone’s surprise, his immediate reply was “religion”. He has been right thus far. From September 11, 2001, when extreme Islamic beliefs led to the epoch-making events of that day, religion has occupied centre stage in world affairs.

But at that time, religion was being seen as the problem. It poisoned everything. We’d be better off without it, was the cry. Something has changed as we head to 2020. Religion is returning, but in an unpredictable manner.

While 30 per cent of Australians recently described themselves in the census as having no religion, when questions are asked about spirituality the answers are more confusing. Generation Y, now hitting their 30s, perceive spirituality as an important aspect of mental health and wellbeing. According to McCrindle Research’s 2017 Faith and Belief in Australia report, younger generations are more likely to talk about spirituality, Jesus and Christian faith than their parents or grandparents. No topic is taboo anymore, and that includes spiritual things.

Australians have voted in their current Prime Minister at least partially because of perceptions around religious freedom. And this is not the old folk; it is better correlated with lower-income groups (which includes young people) and multicultural sectors. In other words, younger people want to keep spirituality on the agenda. It’s part of being a well-rounded, healthy diverse human being.

I feel so passionate about the deep, eternal value of Christian faith that seeing it become a marketing accoutrement is hard to take.

So religion is everywhere. But it’s getting used to build people’s ‘personal brands’, and this is bugging me. I feel so passionate about the deep, eternal value of Christian faith that seeing it become a marketing accoutrement is hard to take. It’s on all sides, too. So the right wing are aligning Christianity with Western culture, claiming that biblical thinking undergirds the success of the West. Jordan Peterson is the stand-out here. And the left wing are aligning Christianity with “love equals love,” as if that were a biblical concept. It’s annoying.

And while I’m complaining, I’ve always found it a bit galling, too, that Christmas and Easter get enjoyed by the very people who bag them out. Someone will laugh at the idea of God incarnate, but happily sing “Veiled in flesh the Godhead see” on Christmas Eve. And take the ‘holy-days’ whenever they are offered. And talk about peace on earth, as if that were possible without serious divine intervention. Sheesh.

My gills are showing, so I’ll pull back. Fine, great, let’s embrace the new religious sensibility. Let’s see Bible quotes and cross necklaces and prayer vigils and pink biblical sticker bags. But can I ask for a few things to go along with the spiritual fashion items?

You are free to use my religion, as long as you promise to:

• Read a Gospel and think about how serious following Jesus really is.

• Build into the school curriculum enough detailed study of the Bible such that students emerge at age 18 with an understanding of the shape of the Christian story, from the Creation to God’s promises to Israel, their fulfilment in Jesus, and the nature of living in the resurrection age.  Get biblically educated.

• At the same time, now-adults have to take a remedial course in the same curriculum so they stop making inane, uninformed statements about Christianity. This course is made obligatory for anyone in the media or another position of social influence.

• Pray directly to God at least once, recognising that you might not be the centre of the universe, asking for wisdom, insight and mercy. That hands the matter to Him, and I’m quite relaxed about that.

• Join a Christian community (a church) at least once a month and think about ways to encourage the people there and receive encouragement yourself. See Christianity with its sleeves rolled up (to use a Tim Winton phrase) if you are going to wear it on your sleeve. Or bicep.

Everything the headline says is true

An Aussie eye on that Kanye guy

An Aussie eye on that Kanye guy

Steve Chong, the founding leader and director of the RICE Movement, flew to Los Angeles…

And what would Spurgeon say?