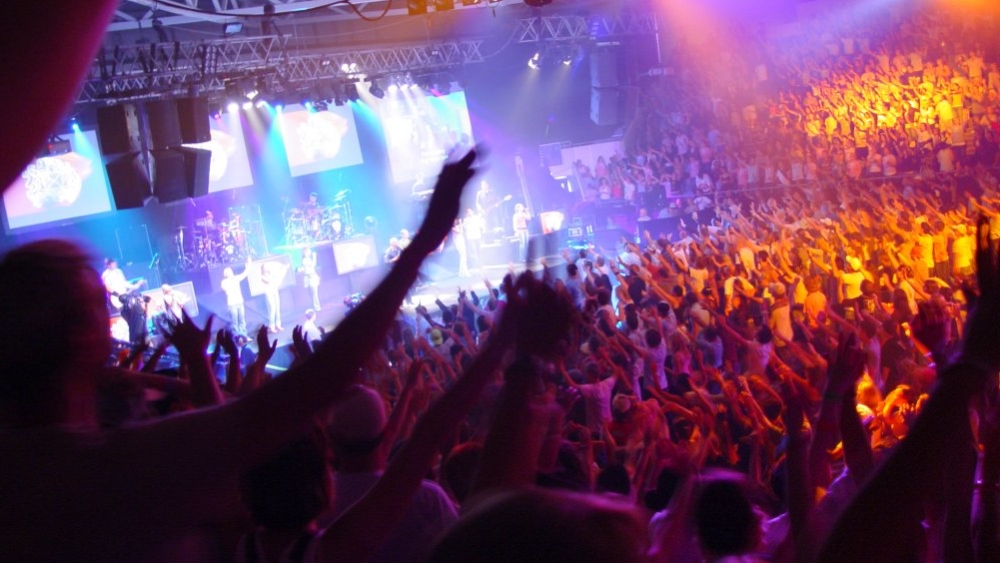 Under the surface of Pentecostalism

Any substance behind the style of church that our PM attends?

There has been a surge of interest in Pentecostalism and its members in recent months. This has mostly been sparked by the association of the Prime Minister, Scott Morrison, with this Christian community. The mainstream Australian media has also jumped on the bandwagon.

Journalists attended Pentecostal church services to observe and comment on their experience. Jacqueline Maley’s observations in a Sydney Morning Herald article about the Prime Minister’s church highlight the positive vibes and welcoming smiles of their worship services. Other journalists, such as Elle Hardy’s article in The Guardian, emphasised the popular appeal of Pentecostals who have (she purports) developed historically “with less content, more show.” Hardy caricatures Pentecostals as religious entrepreneurs with an inspirational message and a product to sell.

God is real, Pentecostal preachers are declaring, and speaks your language.

This reporting exemplifies a tendency in the media to stereotype Pentecostalism as superficial. Yet, because a Kardashian occasionally attends a Pentecostal church, does that make it a shallow form of Christianity?

Is there any substance behind the ‘trendy image’ projected by Pentecostals?

In her visit to Horizon Church in suburban Sydney, Jacqueline Maley met various members of the congregation and staff. This included the media manager, Kristy. Kristy is described as “a pretty blonde woman with a soft floral scarf floating around her neck and a brilliant, bone-white smile.” From this definition, you would expect a person whose highest qualification is an Instagram account. Yet a basic internet search reveals that Kristy is an ordained pastor, serves as Executive Pastor at Horizon Church and preaches regularly. She is also on the board of an international aid agency and has degrees in Arts and Education, as well as a Masters (International Studies) from Sydney University. The theology of her preaching on a church podcast emphasises hope amid suffering. While this female Pentecostal pastor is dismissed in the Maley article as a “pretty blonde”, there is more substance behind the image than the reporting allows.

She dismisses their worship services in global urban centres as a combination of “uplifting songs” and sermons disguised as “self-help courses”. Hardy does not seem interested to look beyond the packaging. While she notes that under the street-smart image, Pentecostalism is not much different to other evangelical groups within Christianity, she is not interested in understanding the purpose and function of the packaging. Instead, she dismisses it as shallow. Yet, the form of the message is a big part of the content of the Pentecostal message. The form – the packaging of Pentecostalism – unashamedly utilises contemporary language and style. The worship songs sound like the contemporary music heard on popular media. Their services are creative, often using the sound and lighting of a concert. The preachers will speak to practical issues and use contemporary communication techniques. However, this is not just spiritualised entertainment. The form matches the content: God is real, they are declaring, and speaks your language.

Orthodox Christians hold that central to the message of the gospel is that God came to earth, taking on human form. Jesus Christ was born in a particular historical moment, lived among and spoke the language of the community of that time. He died and rose again to reconcile us back to God. The form is important: Christ took on human form to reach humanity.

Mirroring this principle, Pentecostals use contemporary language, communication methods and music to reach out to the current generation. Specifically targeting youth, but reaching out to all generations, Pentecostals seek to go into the world using culturally applicable methods to point to Jesus Christ. This is not new; there is a long tradition of the church using contemporary methods of communication and of adapting secular or folk tunes for worship. In fact, this idea goes even further back to the worship of ancient Israel that also used forms of worship common to the unbelieving nations around them. Yet in each case, the various forms were not simply adopted, but adapted.

The original purpose and use of these creative forms from the world (whether music, tunes or communication styles) have been transformed for the worship of our Creator God.

There is no denying the pitfalls of such grassroots movements.

Transformation is a key word for Pentecostals. As Hardy quotes, Pentecostals are “looking not to save souls, but transform societies.” In this, Hardy is partially correct. Pentecostalism does seek to reach people with the gospel of Jesus Christ and see them changed in all areas of their lives. It is holistic change; that relationships will be restored, families reconciled, financial situations redeemed, their vocations and work given purpose. For this reason, many Pentecostal pastors will say that they preach to help people on Monday, not just Sunday. They seek to empower their church community with practical and theological tools to live holistically the message of Jesus Christ. Is this self-help? In some sense, it is. However, the purpose of the practical emphasis is the transformation of people, communities, society and creation to live as consistently as possible with the gospel. It is not, as Hardy fears, a political movement per se; its transformative impact, however, is widespread.

This is not to deny the pitfalls of such grassroots movements. Pentecostals have sometimes uncritically embraced secular practices. They have not been immune to the pervading challenges of money, sex and power. Pentecostals can find it difficult to separate some of the unhelpful aspects of cultural forms from the helpful, such as untethering personal empowerment from Western individualism, or materialism from flourishing. Yet, while outsiders might scoff that true community cannot be found in a mega-church, attendees of Pentecostal churches are some of the most committed in the country.

Recent NCLS data shows Pentecostals to be the second highest average weekly attendees of churches in Australia – second only to the Catholics. Pentecostal attendees now represent half of active Protestants in Australia. This is primarily not simply because of their happy environment and trendy image, but due to a deep theological conviction that the Holy Spirit empowers all believers regardless of their age, gender, class, education or ethnicity.

For Pentecostals, the use of contemporary forms of communication and worship has pneumatological significance. That is, they believe that the Holy Spirit is at work to empower believers to reach the lost. As a community, the church is called and empowered by the gifts of the Spirit for its mission to the ends of the world. Therefore, within the Australian Pentecostal community, a “pretty blonde” can be an ordained pastor – as can an older Tongan man, an outback jillaroo and a young ‘surfer dude’. Each person can represent Christ to the world through the empowering of the Spirit.

For the broader Australian society struggling to see the relevancy of Christ, Pentecostals seek to create a bridge and speak the language of our community for the purposes of the furthering of the gospel of Jesus Christ. This is the substance behind the image of Pentecostalism. No doubt, that is what Hardy (and others who reduce all of life to politics) most fear – that in fact there is more to life than is dreamed of in The Guardian, and that large numbers of ordinary people in the West may well have gone off in search of it.

* Jacqueline Grey is Dean of Theology and Associate Professor of Biblical Studies at Alphacrucis College, Sydney.

ScoMo on show on Easter Sunday