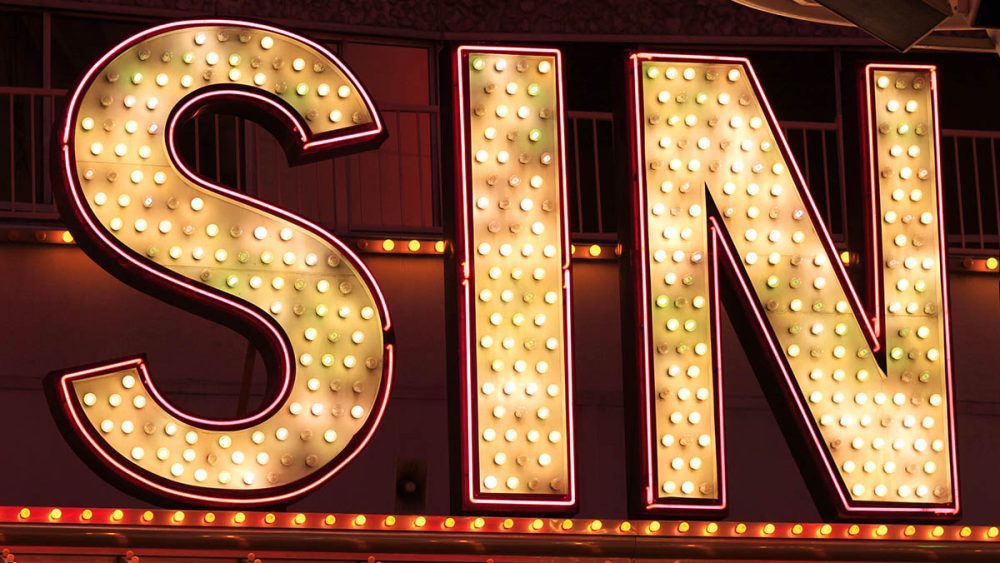 'Crime', 'autonomy' and 'idols' are some of the different ways which 'sin' is translated around the world.
Flickr/anne
Opinion bible

The problem with sin

Can our issues with God be lost in translation?

Sin is not quite as old as the Garden of Eden. That’s the word “sin”, not the activity. According to the Oxford English Dictionary, the word comes from old English, “synn” (noun), “syngian (verb). “Sin” appears in the very earliest English Bibles. A famous verse, Romans 3:23 appears in the handwritten manuscripts of pioneering Bible translator John Wycliffe’s as “For alle men synneden, and han nede to the glorie of God.”

We can’t be sure exactly who made the choice of words in the final translations of those early English Bibles; Wycliffe had a team around him. Whoever chose “synneden” (“sinned”) to be translated as “peccaverunt” (“for all have sinned”) from the Latin of the Vulgate translation did have a choice. For example, they could have chosen the word “crime”, which existed in the middle English of that time. From a French origin, it meant largely the same thing. So, we could be confessing our “crimes” instead of our “sins”.

Over time, the word “sin” has become one of those “Bible words” that is used mostly with almost a Bible meaning, like “grace”,  “gospel” and “Bible” itself.

But translation choices still go on. “We are going to use the word ‘machigae’ 間違え(‘mistake’) instead of ‘sin’,” Rod Plummer of the Tokyo-based Jesus Lifehouse Church told his congregation once, when I was in the audience. “Most Japanese when they hear the word ‘sin’ think of crimes, major crimes, rather that the things we do, the words we say and the thoughts we have every day.”

A distinctively Australian translation is “autonomy”.  Dominic Steele, from Village Church in Sydney, uses the example of WA farmer, the self-styled Prince Leonard Hutt, who has declared his farm an independent principality within Australia. Steele’s idea of “declaring autonomy” is used in his Introducing God evangelistic videos to describe sin as an act of rebellion against God. He is making the point that sin is not just the small or large things we do; it concerns defiance, a broken relationship. The Introducing God course never uses the word ‘sin’. Steele points out that “you can become a Christian not knowing the word ‘sin’.”

These are two innovative translations of ‘sin’ – and both may be useful in their very different contexts. Plummer in Tokyo’s glittering Rippongi district and Steele in the equally cool but laid-back Sydney suburb of Annandale are both trying to get post-moderns to understand what sin is.

Possibly more famous is New York pastor Tim Keller’s use of “idolatry” to explain the concept of sin. He finds his upscale Manhattan audience can be persuaded they are putting other things before God, such as career, relationships and, for his Asian crowd especially – honouring parents by pursuing careers. “I tell them that they are looking to their romances to justify and save them, to give them what they should be looking for from God. This idolatry leads to obsessiveness, envy and resentment…”

Yet all these words for sin can be overused.

In a recent talk he gave at Nexus (a gathering of reformed pastors), Dominic Steele said: “I want to caution against using idolatry as THE metaphor for sin.” He thinks that smacks too much of problem solving.

Yet all these words for sin can be overused. As I considered the impact of translating the word ‘sin’, I tried it out with my Bible Study group. We were translating the Lord’s Prayer into ocker Australian and, as we struggled with “forgive us our sins”,  one bright spark  came up with “the stuff that gets us in the ‘sin bin’.”

The “sin bin” is where a NRL player goes when they are sent off during a match.

Well, there you are. There is life in the old ‘sin’ word still.

In the beginning, when God created the universe, he did not (of course) use Lego.…

Bringing the word to the Lisu delivers literacy and life skills

But there is another way. And it’s “free”

If not now, then in heaven